Everything had been fine with my home entertainment center—comprising a TV, surround-sound amplifier, an AM/FM tuner, a ROKU, and a CD/DVD/BlueRay player—until I connected my desktop PC, which stores many of my music and video files on one of its hard drives. With the PC connected, the speakers put out a low level, annoying, 60-Hz hum—a clear indication of a ground loop. All my audio and video (AV) devices are fairly new, quality, brand-name products equipped with two-prong power cords, so even though the PC has a three-prong plug, there should not be multiple signal returns causing the ground loop. This article describes an approach to eliminating ground loops in analog AV systems.

By definition, ground loops bring about unwanted currents flowing through two or more signal return paths. Thus induction coils are formed, usually of one turn only. These loops pick up interference signals from the environment. Because every conductor has a finite impedance, a voltage potential—Vi = Ig(R1 + R2)—develops between the two connected signal return points. This voltage is the source of the interference: a hum, hiss noise that high-frequency signals pick up (e.g., a local AM station), and so forth. A simplified example is illustrated in Figure 1. 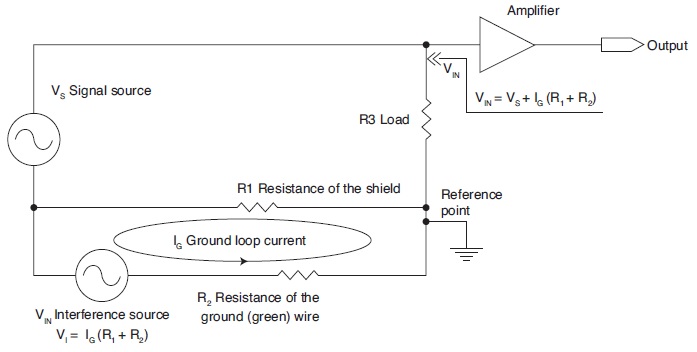 FIGURE 1: Cause of the ground loop interference.

An audio signal source VS in Figure 1—an audio card inside the PC, for example—is connected to an amplifier via a shielded cable. The shield is grounded at both ends to the chassis of both devices. Three-prong power plugs connect the chassis of both AV components to the house power distribution ground wire. Let’s consider the amplifier ground to be the reference point. (It doesn’t matter which point in the loop we pick.) The loop, comprising the cable shield and the power distribution ground wire, picks up all kinds of signals causing loop current Ig to flow and as a result interference voltage Vi to be generated.

Vi is added to the signal from the audio card. The Ig current induced into the loop comes from many potential sources. It can be induced in the ground wire by the current flowing in the 120-VAC hot and its return neutral wires, acting like a transformer. There can be leakages, induction by magnetic fields, capacitive coupling, or an electromagnetic interference (EMI) induction into the loop. Once Vi is added to the signal it is generally impossible to filter it out.

Much of electrical equipment requires the third power prong for safety. This is connected to the chassis and at the electrical distribution panel to the neutral (white wire) and the local ground—usually a metal stake buried in the earth. The earth ground is there to dissipate lightning strikes but has no effect on the ground loops we are discussing.
The ground wire’s primary purpose is safety plus transient and lightning diversion to ground. Under normal circumstances no current should flow through this wire. Should an internal fault in an appliance connect either the neutral (white) or the hot (black or red) wire to the chassis, the green wire shunts the chassis to the ground. Ground fault interrupters (GFI) compare the current through the hot wire to the return through the neutral. If not identical, the GFI disconnects.

Manufacturers of audio equipment know that grounding sensitive equipment at different places along the ground wire results in multiple returns causing ground loops. These facilitate the interference noise to enter the system. From the perspective of electrical safety, the small currents induced in the ground loop can be ignored. Unfortunately, they are large enough to play havoc with sensitive electronics. The simplest solution to the dilemma is to avoid creating ground loops by not grounding the AV equipment. Thus the two-prong plugs have been used on such equipment. To satisfy the safety requirements, the equipment is designed with double insulation, meaning that even in case of an internal fault, a person cannot come to contact with a live metallic part by touching anywhere on the surface of the equipment.

My PC, like most desktops, has a three-prong plug. Figure 2 shows the arrangement. The PC is grounded through its power cord. Unfortunately, the cable TV (CATV) introduces a second ground connection through its coax connector. I measured the resistance between the coax shield as it entered the house and the house power distribution ground wire. The resistance was 340 mΩ, indicating a hard connection between the coax shield and the house ground, the cause of the ground loop. I was unable to establish where that connection was made, but it wasn’t through the earth.

There can be multiple ground loops around a computer system if you have hard-wired peripherals with three-prong plugs, such as some printers, scanners and so forth. Digital circuits are much less sensitive to ground loops than the analog ones, but it is a good idea to minimize potential loops by connecting all your peripherals, other than wireless, into a single power bar.

Ground loops may also be created when long shielded cables are used to interface the PC and the home theatre box. Two shielded cables needed for stereo represent two signal returns creating a ground loop of their own. And then there are video cables. Another loop. Fortunately, connectors on the back of the PC and AV equipment are very close to each other, which means a minimal potential difference between them at low frequencies. Stereo cables keep the loop small. To minimize all the loops’ areas for interference pick-up, I have bundled the interface cables very close to each other with plastic wire ties. In severe situations re-routing the cables or the use of a metal conduit or wireless interfaces may be needed to kill the interference.

Having disconnected the CATV cable from the TV, the hum went away. As well, temporarily replacing the PC with a laptop, which is not grounded, also fixed the problem. So how else can we fix those offending multiple returns?

The obvious answer is to break the loop. I strongly suggest you don’t disconnect the PC from the ground by using a two-prong plug adapter or just cutting the ground prong off. It will render your system unsafe. What you need is a ground isolator. Jensen Transformers, for example, sell isolators such as VRD-IFF or PC-2XR to break the ground connection, but you can build one for a small fraction of the purchase price. Figure 3 and Figure 4 show you how.

To break the ground loop caused by the CATV, you can make a little gizmo shown in Figure 3. J1 and J2 are widely available cable TV female connectors. C1 and C2 capacitors placed between them should be about 0.01 µF each. The assembly does not require a printed circuit board. You might place it in a tiny box or just solder everything together, wrap it with electrical tape, and put it somewhere out of the way. Remember that the capacitors’ working voltage must be at least double the power distribution voltage. That is 250 V in North America and more than 500 V elsewhere in the world.

Figure 4 shows how to break ground for appliances, such as a PC, with three-prong plugs. You can build this circuit into a computer or another appliance, but I find it better to build it as an independent break-out box. The diodes provide open loop for signals up to about 1.3 VPP. A hum is usually of a substantially lower amplitude. C1, 0.01 µF, provides bypass for high-frequency EMI to ground. The loop would be closed for voltages higher than 1.3 VPP, such as the ones due to isolation fault of the hot wire to the chassis. For 120 VAC distribution, D1, D2, and C1 should be rated for 250 V at a minimum. In a circuit branch with a 15-A breaker or fuse, the diodes need to be rated for a minimum of 20 A so that the breaker opens up before the diodes blow. If the appliance takes only a fraction of the rated fuse current, say 2 A, you could use 5-A diodes and include an optional fuse rated for 2 A. For countries with 230-VAC power, the components must be rated accordingly.

You can also break the ground loop by using a power isolation transformer between the power line and the PC, or quality signal transformers on the signal lines. The downside of this is that good isolation and signal transformers are costly and not widely available. Equipment powered from wall warts—and especially those with optically coupled inputs and outputs, common today—is inherently ground loop impervious.

This article describes an approach to eliminating ground loops in analog AV systems. While you need to understand how ground loops occur, finding them and eliminating their effects may turn out to be a matter of frustrating trial and error.

George Novacek is a professional engineer with a degree in Cybernetics and Closed-Loop Control. Now retired, he was most recently president of a multinational manufacturer for embedded control systems for aerospace applications. George wrote 26 feature articles for Circuit Cellar between 1999 and 2004. Contact him at gnovacek@nexicom.net with “Circuit Cellar” in the subject line.

Resources A 3′ × 5′ Electronics Workspace with …