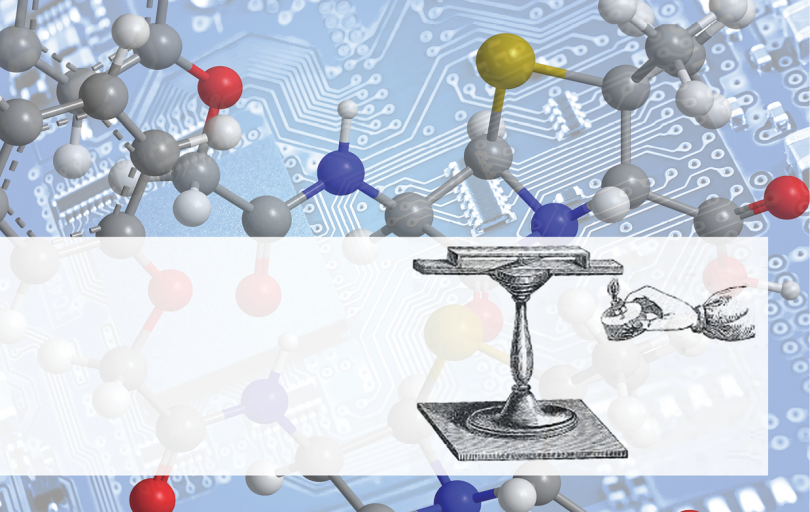 In Part 1, George examined the basic structures that make semiconductors work. But a lot more needs to be said about diodes, which are a key element of semiconductors. In Part 2, George dives deeper, this time looking at the current flow, depletion layer and electron physics that are involved in diode operations. He covers various types of diodes and the details of their operations.

Last month we looked at what happens when we join P and N materials, creating a P-N junction. To refresh your memory, free electrons from the N-atoms migrate across the junction and combine with the holes in the P-atoms, producing negative ions. This leaves positive donor ions in the N-material to which holes from the P-material tend to migrate. (See Figure 1, which was also shown in Part 1.) The result is that the thin layer of the P-material adjacent to the junction contains negatively charged acceptor ions, while the layer of the N material on the opposite side of the junction contains positive ones. This diffusion of electrons and holes continues until equilibrium is reached. A potential barrier around the junction is created, and the regions on either side of the junction, called the “depletion layer,” contain no free carriers.

If we apply a positive voltage to the P-side of the junction and negative voltage to the N-side, free electrons and holes will be given extra energy to overcome the potential barrier, and electric current will flow. When the polarity is reversed, the depletion layer increases in width, due to the lack of electrons and holes. Its impedance increases too, almost becoming an insulator, preventing current from flowing through the junction. A P-N junction, therefore, conducts electrical current in one polarity and blocks it in the opposite polarity. This the basis of a solid-state diode operation.

DIODE BASICS
Diodes contain only one P-N junction. Nowadays, silicon is the most common material. Germanium and selenium were used in the past. You can also find diodes made of gallium arsenide. Figure 2 is the I-V (current vs. voltage) diagram illustrating the principle of a diode operation. This characteristic is described mathematically by the Shockley diode equation:

where I is the diode current, VD is the voltage across the diode, VT is the thermal voltage and n is the ideality—also known as quality factor or emission coefficient. The n factor is usually between 1 and 2, based on the type of the diode and its manufacturing process. The thermal voltage VT is approximately 25.85 mV at 300ºK (26.85ºC = 80.334º F). It is defined as:

Referring again to Figure 2, a small forward voltage results in a small forward current, until a knee voltage is reached—typically 0.7 V for silicon diodes. After that, the current will grow quickly, depending on the diode’s internal resistance which, in most cases, is very small. When reverse voltage is applied, a reverse current (leakage)—which depends on the device and varies with temperature—will flow. The leakage, when compared to the forward current, should be negligible. At some level, the reverse voltage will cause a breakdown. Exceeding the reverse breakdown voltage can damage many devices, while some, such as Zener diodes, take advantage of it. Zener diodes use this effect for voltage limiting or stabilization. Ideally, the internal resistance of a Zener diode in its avalanche region should be zero. But, because it’s not, the stabilized voltage will change slightly with the current.

There are many types of diodes tailored for a specific function. The most prevalent are ordinary signal and rectifier diodes used to conduct current in one direction only. The drawback of silicon diodes is their forward voltage of about 0.7 V—depending on the device and the current. It affects circuits for low-level signals and power rectifiers, where it causes increased heat dissipation.

This problem is reduced by Schottky diodes with the forward voltage drop of about 0.15 V to 0.45 V. Schottky diodes are constructed from a metal-to-semiconductor contact, exhibiting faster reverse current recovery. Their capacitance is smaller than their P-N counterparts. For that reason, they can be found in switching power supplies and both high-speed and radio frequency (RF) circuits. On the negative side, their reverse voltage is limited to about 50 V, and the leakage is higher than that of silicon diodes.

MORE TYPES OF DIODES
Let’s look at other diode types. I already mentioned Zener diodes. Avalanche diodes are similar—often mistakenly considered Zener diodes—but their reverse voltage breakdown mechanism is a bit different. However, their temperature coefficient is of opposite polarity to Zener diodes, so that they can be successfully used in combination with Zeners for temperature compensation of voltage stabilizers.

Similar in their principle are TransZorbs made by Vishay Semiconductor—also called TVS (Transient Voltage Suppressor) diodes. They are used for overvoltage circuit protection. TVS diodes come as unipolar—analogous to a single Zener—and bipolar, which could be modeled by two series-opposite Zeners. They are significantly faster than Zeners, and can absorb a lot of pulse energy (see my article “Overstress Protection” in Circuit Cellar 330, January, 2018.) Diacs—commonly used for voltage triggering—and their much faster cousins, Perun diodes, come under the same category and can be modeled by two series-opposite Zener diodes.

The “constant-current” diode is a misnomer. It is not a diode at all, but rather a JFET (junction field effect transistor), with its gate and source electrodes shorted. In conjunction with a Zener diode, it provides a very stable voltage source. Tunnel diodes, also called Esaki diodes, exhibit a negative resistance region in their I-V characteristic, which is due to quantum tunneling. These diodes are very fast and work as oscillators, small signal amplifiers or simple bi-stable circuits at high frequencies. Gunn diodes are similar and have similar applications, but are faster, allowing construction of microwave oscillators. Figure 3 depicts the typical tunnel diode I-V characteristic.

Light-emitting diodes (LEDs) comprise a direct band-gap semiconductor, typically gallium arsenide (GaAs). Charge carriers, while crossing the junction where they recombine with the majority carriers on the other side of the junction, emit photons. Depending on the material used, different colors of light can be generated, from infrared to the near ultraviolet. Various colors, including white, can be obtained by mixing several base colors and by scintillator coating.

LEDs are sensitive to light and can be used as cheap photo detectors. Coupled with photo detectors—for example, photo diodes, photo transistors, photo SCRs and so on—they form the basis for opto-isolators. Today, efficient, powerful LEDs are replacing traditional incandescent lights. By placing a specially formulated LED in a resonant cavity, we obtain a laser. Lasers are used in high-speed communications via fiber optics, and for optical storage devices such as CDs, DVDs and Blue-rays.

All P-N diodes have their forward voltage linearly dependent on the temperature:

Semiconductors are also sensitive to light, which is not always a desired characteristic. That’s why semiconductors are packaged in light-blocking materials, unless they are photodiodes used for the detection of light. There are many uses for photo-sensitive semiconductors, from the aforementioned opto-isolators and fiber-optic communications to light sensors, solar cells and others.

PIN diodes use a so-called “high level injection,” forming an intrinsic I region between the P and N materials that is saturated with charge carriers. The intrinsic layer is an undoped semiconductor. PIN diodes find their use in RF circuits, as ionizing radiation detectors and photo detectors. Because the central I layer can withstand high voltages, the PIN structure is used in IGBTs, power MOSFETs and thyristors.

Super barrier diodes are rectifiers based on the Schottky diode structure. Compared with the regular P- N rectifiers, they feature lower forward voltage drop, high surge-handling capability and low reverse leakage current. Diodes doped with gold (Au) or platinum (Pt) boast improved speed of recombination of minority carriers. They can operate at RF frequencies and are faster than regular P-N diodes (though not as fast as Schottky), but their forward voltage drop is higher than regular P-N diodes. Their reverse voltage leakage is lower than that of Schottky diodes. Their typical representative is the ubiquitous 1N914.

A step recovery diode (SRD) can generate very short pulses, and finds its use in microwave electronics. In the same category, we find varistors—also called varicaps or varactors—which take advantage of their voltage-dependent capacitance between the P and N electrodes. These are used as voltage-controlled capacitors in all kinds of RF circuits. In fact, the classic tuning capacitor is almost impossible to find any more. Finally, we should mention stabistors, which are silicon diodes with a very stable forward voltage drop. These are used as low-voltage reference sources with extremely low dependency on the operating current and temperature.

In this article, we’ve covered all-things-diode in a nutshell. Next month, in Part 3 of this article series, we’ll take a closer look at devices with more than two P-N junctions.

For detailed article references and additional resources go to:
www.circuitcellar.com/article-materials
Reference [1] as marked in the article can be found there. 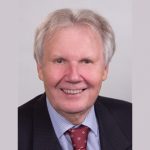 George Novacek was a retired president of an aerospace company. He was a professional engineer with degrees in Automation and Cybernetics. George’s dissertation project was a design of a portable ECG (electrocardiograph) with wireless interface. George has contributed articles to Circuit Cellar since 1999, penning over 120 articles over the years.