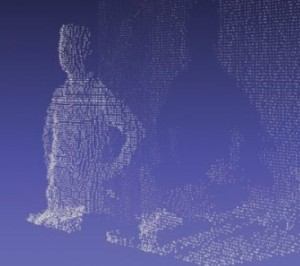 In the September issue of Circuit Cellar, Sánchez tells us about his background, his work at the Universitat Politècnica de València, his current interests, and his innovative designs. An abridged version of the interview follows.

NAN PRICE: How long have you been designing microcontroller-based systems?

MIGUEL SANCHEZ: I started using computers in 1978. I built my first microcontroller project in 1984 during my first year at Universitat Politècnica de València. I haven’t stopped designing embedded systems since then.

NAN: Tell us about the first microcontroller you worked with. Where were you at the time?

MIGUEL: Our university’s lab had Intel SDK-85 boards you could program in Hex using the built-in keyboard. I guess it wasn’t built well. You sometimes lost all your work while typing your code. I learned that schematics were available and a terminal monitor was built in too. So, I built my first microcontroller-based board around an Intel 8085 using the same software that was on the original ROM. But, I changed the serial port delay value so I could use 9,600 bps instead of the original 110 bps on the terminal port. This way, I could do the same labs as my mates, but I could do my work in 8080 Assembler, which was available in Control Program/Monitor (CP/M) computers. At the time, I had an Atari 1040 ST that could run CP/M on top of a Z-80 emulator. Assembly code could be uploaded to my board’s RAM memory and later executed using SDK-85 serial monitor code.

I used the 8085’s Wait signal to build an additional EEPROM socket in this same board that, with the aid of a 555 timer, was my first EEPROM programmer. I used the Wait signal to delay write operations. In fact, I used this programmer to change the original baud rate to the new one, as I originally did not know that was something I’d want to change later.

My teacher, who is now one of my colleagues, was quite amused with my development and he gave me an A+. I learned a lot about microcontrollers, serial communications, Assembly language, monitor programs, and EEPROM programming algorithms. And, I learned it was not fun to design PCBs with system buses on only one copper layer. …

NAN: You designed a system to simulate strokes on a keypad to trigger modes on an alarm system (“Reverse-Engineered ECP Bus,” Circuit Cellar 201, 2007). Why did you design it and how have you used it?

MIGUEL: A local company wanted to give new life to old Ademco alarm units. These boards could only be programmed by a serial port socket once a certain service code was typed at the keyboard. I was asked whether an add-on board could be created to make these old boards Internet-enabled so they could be remotely managed and reconfigured over the ’Net.

The first thing I needed to do was to figure out how to simulate the required keystrokes. But I couldn’t find any information about the way that bus worked, so I figured that out myself. Later, I thought both the information itself and the way I figured it out might be useful to others, so I approached Circuit Cellar editors with a proposal to write an article.

That project ended up as a Rabbit-core powered board that connected the alarm board and the remote access to its serial port. Combined with a virtual serial port on the PC, it fooled the original management software into thinking the PC was directly connected to the alarm board, although it was all happening over the Internet. But the project never made it to the market for reasons unknown.

NAN: In “Three-Axis Stepper Controller” (Circuit Cellar 234, 2010), you describe how you built an Arduino-based, platform-independent driver board. Tell us about the design.

MIGUEL: When I discovered the Arduino platform, I was surprised by a few things. First, this development system was not designed by a chip vendor. Second, it was not intended for engineers but for artists! Third, I was shocked because it was multiplatform (which was possible because it was based on Java and GCC) and because none of the other development systems I was aware of were so easy to use. The price was low too, which was a plus for hobbyists and students.

The aim of that project was to show all that to the readers. The idea was also not only to show how to build a stepper controller and to explain the difference between the drive modes and the bipolar and unipolar designs, but to demonstrate how easy it was to work with Arduino. 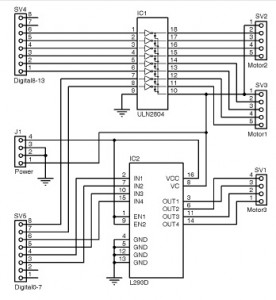 NAN: Your most recent Circuit Cellar article, “Image Processing System Development: Use an MCU to Unleash the Power of Depth Cameras” (263, 2012), describes how you used Microsoft’s Kinect motion-sensing device for an interactive art project. Tell us about the project and how you came to be involved.

MIGUEL: My university offers a master’s degree in fine arts. I met a professor from the drawing department who had seen a video of my vertical plotter on YouTube and was interested in contacting me, as we worked on the same campus. We became friends and he asked me to help him out with an idea for an installation.

The first approach used an RGB camera, but then Kinect was launched. From what I read on the ’Net, I was convinced it would be a better mousetrap. So, I bought one unit and started learning how to use it, thanks to the hack that had been made available.

The project required gathering visitors’ silhouettes and later drawing them on a big wall. The drawing was performed with a properly scaled-up version of my vertical plotter, which, by the way, was controlled by an Arduino board.

I have found working with artists is a lot of fun too, as they usually have a totally different vision than engineers.

The full article appears in the September issue.