Written by Circuit Cellar Staff
Professional engineer Jason Long worked as an embedded systems designer for more than a decade. In 2010 he founded Engenuics Technologies. Jason lives in Victoria, BC, where he continues growing his company alongside the MicroProcessor Group (MPG) embedded systems hardware teaching program he developed in 2000.

CIRCUIT CELLAR: In 2010 you founded your company Engenuics Technologies (www.engenuics.com) based on the success of the MicroProcessorGroup (MPG) program. Give us a little background. How did the MPG begin?

JASON: MPG started way back in 2000 at the University of Calgary when I was doing my undergraduate studies. I figured out that embedded systems was exactly what I wanted to do, but struggled to find enough hands-on learning in the core curriculum programs to satisfy this new appetite. I was involved in the university’s Institute of Electrical and Electronics Engineers (IEEE) student branch, where someone handed me my first Microchip Technology PIC microcontroller and ran a few lunchtime tutorials about getting it up and running. I wanted more, and so did other people. 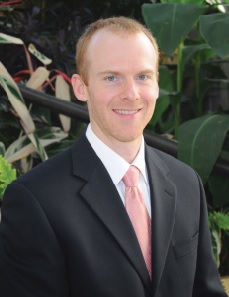 I was also very aware that I needed to drastically improve my personal confidence and my ability to speak in public if I was going to have any luck with a career outside of a cubicle, let alone survive an interview to get a job in the first place. The combination of these two things was the perfect excuse/opportunity to start up the MPG to ensure I kept learning by being accountable to teach people new stuff each week, but also to gain the experience of delivering those presentations.

I was blown away when there were almost 30 people at the first MPG meeting, but I was ready. Two things became very clear very quickly. The first was that, to be able to teach, you must achieve a whole new level of mastery about your subject, but it was also okay to say, “I don’t know” and find out for next week. The second was that I could, in fact, get my nerves under control as long as I was prepared and didn’t try to do too much. I’m still nervous every time I start a lecture, even 14 years later, but now I know how to use those nerves! The best part was that people really appreciated what I was doing and perhaps were a bit more tolerant since MPG is free. I found a love for teaching that I didn’t expect, nor did I get how rewarding the endeavor would be.

When I was wrapping up the ninth year of the program, I considered giving it one more year and then calling it quits. I took a moment to look back at what the program was when I started and where it had come to—it had indeed evolved a lot, and I figured I had put in about 2,000 h by this point. It seemed like a waste to throw in the towel. I also looked at the relationships that had come from the program, both personally and professionally, and realized that the majority of my career and who I had become professionally had really been defined by my work with MPG. But the program—even though it was still just in Calgary—was too big to keep as a side project. I had $10,000 in inventory to support the development boards, and although all monies stayed in the program, there were thousands of dollars exchanging hands. This was a business waiting to happen, though I had never thought of myself as an entrepreneur. I was just doing stuff I loved. 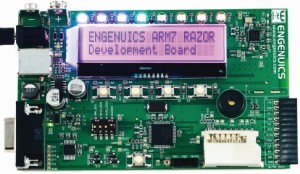 This ARM-based development board is made by Jason’s company, Engenuics Technologies.

Around the same time I discovered SparkFun Electronics, and more importantly, I discovered the story of how the company got started by Nathan Seidie. That story begins almost exactly how MPG began, but clearly Nathan is a lot smarter than I am and has built an amazing company in the same time it took me to get to this point. I feel quite disappointed when I think about it that way, but thankfully I don’t think it’s too late to do what I should have done a long time ago. I hope to meet Nathan one day, but even if I don’t, I consider him a mentor and his story provides validation that the MPG platform and community may be able to grow and be sustainable.

I think MPG/Engenuics Technologies can find similar success as SparkFun. We can do that without ever having to compete against SparkFun because what we do is unique enough. There might be a bit of overlap, but I’m always going to try to complement what SparkFun does rather than compete against it. We simply become another resource to feed the voracious and infinite appetite for information from students, hobbyists, and engineers. Win-win is always the way to go.

I decided I should grow the program instead of ending it, so I started Engenuics Technologies, which would be built on the decade of MPG experience plus the decade of embedded design experience I had from the industry. It seemed like a pretty solid foundation on which to start a company! Surely I could promote all of the content and find students of the same mindset I was in when I started MPG? They could lead the program at different universities and develop those infinitely valuable communication and leadership skills that MPG fosters, except they’d have the advantage of not having to put in hundreds of hours to write all of the material. Even if groups of people weren’t playing with MPG, individuals could make use of the technical resource on their own and we could have a solid online community. I also wanted to keep students engaged beyond the single year of their engineer degrees in which MPG existed.

CIRCUIT CELLAR: What other products/services does Engenuics Technologies provide?

JASON: I describe Engenuics Technologies as a four-tier company as there are three significant aspects of the business in addition to MPG. The main purpose of the company is to fill a gap in the industry for specific training in embedded systems. There is very little formal training to be found for low-to-mid-level embedded hardware and firmware development and quality/value is often hit or miss. From teaching for 10 years while being an embedded designer for the same amount of time, I felt like I had the right skills to create great training. I had already created a LabVIEW course that I delivered internally for a company while I worked there, and people were blown away by the quality and content. I saw a huge need to develop embedded-specific training to help new graduates transition to the industry as well as junior engineers who were lacking in some fundamental engineering knowledge.

We have an embedded boot camp course that is about 20% hardware and 80% firmware focused, which I think is essential for new engineering graduates getting into embedded design. Though the course is based specifically on a Cortex-M3 development board, we ensure that we focus on how to learn a processor so the knowledge can be applied to any platform.

Engenuics Technologies has several courses now and we continue to offer those periodically though never as often as we would like, as we’ve become too busy with the other parts of the company. We finally got an office last August with an onsite training room, which makes the logistics much easier, and we’re ramping up the frequency of the programs we offer.

CIRCUIT CELLAR: You earned your BSEE from the University of Calgary in 2002. Can you describe any of the projects you’ve worked while you were there?

JASON: The professors at the U of C were a phenomenal bunch and it was a privilege to get to know them and work with them during my undergraduate studies. I remain in contact with many of them, and several are very good friends. Aside from blinking some LEDs on breadboards, the first complicated device I built was an attempt at the IEEE Micromouse competition. That proved to be a little much and my robot never did do anything beyond go forward, sense a wall, and then back up. 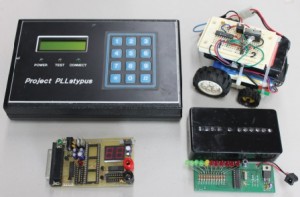 While studying at the University of Calgary, some of Jason’s first embedded designs included a programmable phase-locked loop project, a robot built for an IEEE Micromouse competition, an MPG dev board, and a binary clock.

I originally thought I would base MPG around building robots, but that proved impossible due to cost. Building a robot is still on my bucket list. I’ll likely get there once my two boys are old enough to want to build robots. I continue to fantasize about building an autonomous quadcopter that can deliver beer. I better get busy on that before its commonplace!

Our IEEE student branch had a Protel 99 SE license and somehow I learned how to design PCBs. The first board I designed was a binary clock that I still use. I then did a PIC programmer and later I built a combined development board and programmer for MPG.

I also designed the PCB for our fourth-year Capstone design project, which initially was a very boring implementation of a phase-locked loop, but became a lot more fun when I decided to make it programmable with a keypad and an LCD. I brought all these things to my BW Technologies job interview and proudly showed them off. For any students reading this, by the way, landing your first engineering job is probably 5% technical, 10% GPA, and 85% enthusiasm and demonstrated interest and achievement. It’s really boring to interview someone who has done nothing extracurricular.

CIRCUIT CELLAR: How long have you been designing embedded systems? When did you become interested?

JASON: My dad was a high school science teacher and my mom was a nurse, so I didn’t have a lot of technical influence growing up. I loved talking physics with my dad, and I’m one of the few engineers who can cook (thank you, mom).

Aside from really liking LEGO and dismantling anything electronic (without ever a hope of putting it back together but always wondering what all those funny looking components did), I barely demonstrated any interest in EE when I was young. But somehow I figured out in grade 12 that EE was probably what I should study at university.

I’m sure I still had visions of being a video game designer, but that nagging interest in learning what those funny components did steered me to EE instead of computer science. It wasn’t until my second year at university when someone gave me my first PIC microcontroller that I really knew that embedded was where I needed to be. That someone was a student named Sean Hum, a brilliant guy who is now an associate professor at the University of Toronto.

JASON: I particularly like the 2.4-GHz radio technologies that hold the potential to really make our environment interactive and intelligent. I think the world needs more intelligence to address the wasteful nature of what we have become whether it is by actively doing something like turning the lights or heat off when we’re not around, or by simply making us more aware of our surroundings. I love ANT+ and am just getting into BLE—obviously, smartphone integration will be critical.

I think technology will drive change in education and I hope to see (and perhaps be a driving force behind) a more cohesive existence between academics and the industry. I hope MPG becomes a model to the industry of what can be achieved with not a lot of financial resources, but has immense payback for employees who become mentors and students who can connect with the industry much earlier and thus get more from their degree programs and graduate with substantially higher capabilities.

You can read the entire interview in Circuit Cellar 289 (August 2014).