Tom Cantrell wanted to stop fiddling with his sprinklers as he tried to balance conserving water in California and keeping his lawn green. So he asked himself if he could craft a weather-savvy sprinkler controller.

In the April issue of Circuit Cellar, he describes how to weatherize an embedded app. He uses a Texas Instruments MSP430 microcontroller and a WIZnet W5200 smart Ethernet chip to access National Weather Service forecasts and data (p. 36).

Engineer and entrepreneur Michael Hamilton also has found that necessity breeds invention—which in turn can start a new business. “While working for Ashland Chemical in clean room environments, I realized there was a need for an accurate humidity controller,” he says. “This led me to design my own temperature and humidity controller and form my first company, A&D Technologies.” 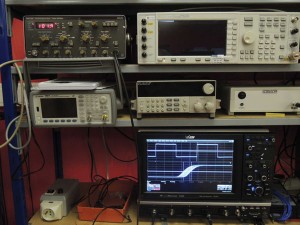 In our interview, he talks about what he has done since, including founding another company and becoming an award-winning designer in the RL78 Green Energy Challenge (p. 44).

A shift in the timing signal—or jitter—of a digital transmission can adversely affect your high-speed designs. It’s been an issue for at least 40 years, with the advent of the first all-digital telecommunications networks such as PDH. But you may not have dealt with it in your designs. In the April magazine, Robert Lacoste explains how to diagnose a case of the jitters (p. 54).

Jeff Bachiochi isn’t a musician. But he didn’t need to be one to work with the musical instrument digital interface (MIDI), which relays instructions on how to play a piece directly to an instrument (bypassing the musician). In the April issue, he describes the circuitry needed to connect to MIDI communication and display messages between devices (p. 60). 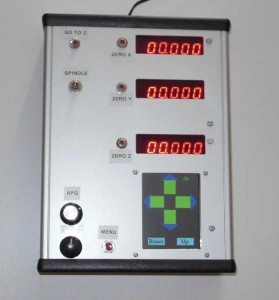 Atmel’s ATmega88 and ATmega1284 microcontrollers are at the heart of the CNC controller.

Also, Brian Millier describes how he built a microcontroller-based G-code controller for a CNC router. Even if you are not interested in building such a controller, you can learn from the techniques he used to provide the multi-axis stepper-motor motion (p. 30).

You also might find Scott Weber’s experience instructive. After placing microcontroller-based devices throughout his home, he found he needed a control panel to enable him to update the devices and check on their operation. He shares his panel’s basic structure and its software design. Its display shows him all the information he needs (p. 22).

While wear and tear affect the reliability of hardware, software reliability is different. Whatever causes software to fail is built-in, through errors ranging from poor coding to typos to omissions. On page 51, George Novacek shares some methods of calculating the probability of faults in your firmware.

Also in the April issue, Bob Japenga continues looking at concurrency in embedded systems. In the sixth article of his series, he discusses two Linux mechanisms for creating embedded systems—POSIX FIFOs and message queues (p. 48).

Finally, “From the Archives” features a 2003 article by Mark Balch about Verilog HDL. He discusses how to use it in your custom logic designs for digital systems (p. 68).