Before I introduce this issue, I’d like to bring your attention to our recently redesigned website, CircuitCellar.com. It enables engineers and programmers around the world to communicate and share ideas via project articles, videos, and social media. The site’s features range from project posts (how-to articles, videos, and photos) to daily updates about products and industry news. We also run short write-ups on actual circuit cellars and workbenches in the well-received “Workspaces” section of the site. I encourage you to submit photos and info about your workspaces. Share your space with the design community!

Now let’s focus on this issue, which has articles on both human-to-machine (H2M) and machine-to-machine (M2M) communication. Topics as diverse as smart switch management and human motion-sensing systems are covered.

Kevin Gorga kicks off the issue with his “AC Tester” project (p. 14). It is an isolated variable voltage power source that includes an electronic circuit breaker for testing and debugging equipment. An mbed controller displays voltage and current, and it controls the breaker’s trip point and response time.

Circuit Cellar published 15 of Aubrey Kagan’s articles from 2000 to 2010. In an interview on page 24, Aubrey shares some of his engineering experiences from designing controllers for mines in Africa to helping create specs for the remote control arm on the International Space Station.

On page 28, Fergus Dixon presents a ’Net-connected controller for up to 50 smart switches for lighting systems. The controller’s RTC pulses a 24-V AC line once or twice to turn off the smart switches at the end of the day. 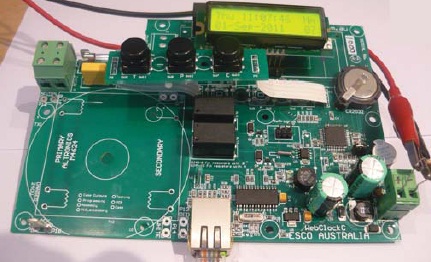 On page 44, columnist Bob Japenga starts an articles series on the subject of concurrency in embedded systems. In this article, he defines concurrency and covers some concurrency-related pitfalls.

A serious RF designer should have a sound understanding of frequency mixers. On page 58, columnist Robert Lacoste summarizes the basics of RF mixers and presents real-life applications. 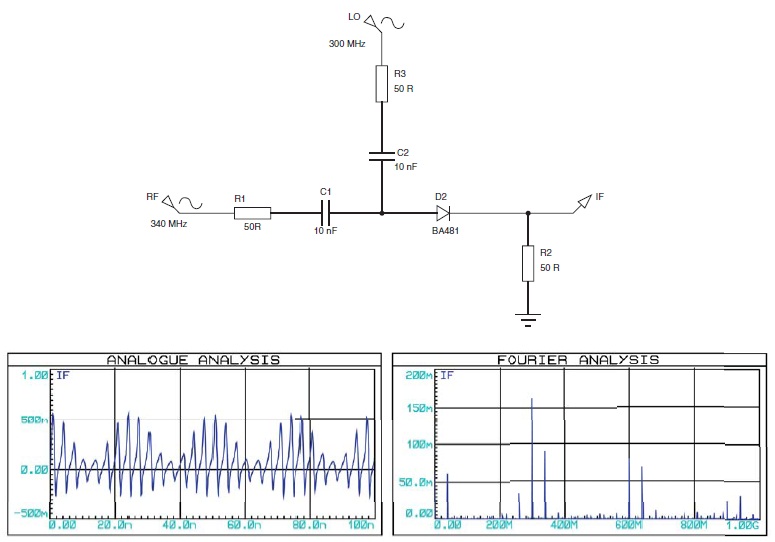 A simple single-diode unbalanced mixer and its simulation done with Labcenter’s Proteus. The RF and LO frequencies are 340 MHz and 300 MHz respectively. You can see on the output spectrum that these two frequencies are still visible, but as well as the difference 40 MHz and sum 640 MHz, among others. (Source: R. Lacoste, CC263)