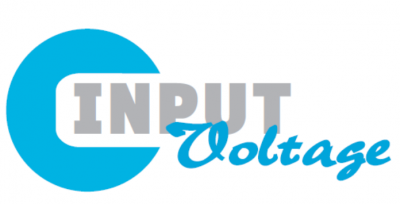 First off, let me share some exciting news about the Circuit Cellar brand. We recently launched our new and improved version of Circuitcellar.com. The physical redesign of the site was a long time coming, and we’re pleased for you to see the new look and design. But the rebooted site isn’t just about looks. We’re now offering new ways to access technical articles of all types, including detailed (and fun!) project-style articles, insightful technology trend articles, comprehensive round-up style articles about key products, in-depth electronics tutorial stories and more—the kinds of stuff you’re used to seeing in Circuit Cellar magazine every month, but more of it. And, we’re adding new content all time including new web-exclusive articles and filling out content from Circuit Cellar’s rich legacy of past articles.

Switching gears, I want to highlight the winners of the Keysight IoT Innovation Challenge announced this Fall. Run by Keysite Technologies, the design competition has graduate and undergraduate engineering student teams conceptualize low-power sensor networks to tackle issues brought on by today’s rapid urbanization. It caught my interest because the projects the competitors submitted were exactly the types of project stories that make up part of Circuit Cellar’s magazine and online content. The contest had two tracks: The Smart Land challenge and the Smart Water challenge.

First Prize in Smart Land Category were Massey University in New Zealand students Tyrel Glass, Baden Parr, Darryn Wells and Madhav Kruthiventy of for their entry: “CAIRNet (Climate Air Information Real-time Network).” CAIRNet involves a novel low-cost sensor node that uses electrochemical sensors to measure carbon monoxide and nitrogen dioxide concentrations and an infrared sensor to measure particulate matter levels. The node can be powered by either a solarrecharged battery or the power grid. It is capable of long-range and low power communication over public or private LoRaWAN IoT networks and short-range high data rate communication over Wi-Fi.

First Prize in Smart Water Category went to Universiti Tunku Abdul Rahman (UTAR) in Malaysia students Lim Wen Qing, Yap Sheng Yao, Tan Kai Siang, Au Jin Cheng and Khor Jun Bin for their entry: “IoT Detachable Waterway Monitoring Device with LoRa and Self-Sustainability.” The project involved creating a device that to help to monitor and report on the major waterways. For monitoring, the system used a variety of sensors paired with an Arduino Uno, which was chosen because it is affordable and compatible with the ESP32 TTGO T-beam module which include a LoRa transceiver and GPS receiver. LoRa wireless communication was used for long distance direct communication between devices. All the data collected from the sensors are sent to IBM Cloud for analysis. Data was processed by a machine learning (ML) algorithm as well.

Finally, a special prize called The Keysight Diversity in Tech Award was awarded to Massachusetts Institute of Technology (MIT) students Nikhil Murthy, Sunny Tran, Gabriella Garcia and Irin Ghosh for their Smart Land entry called berrySmart. berrySmart is a device that gives berry farmers a way to better understand their farm. It involves a variety of sensors strategically placed across the farm in a mesh network, which is used to create a dashboard for farmers. The berrySmart system consists of subsystems including sensor nodes, an edge node, database, dashboard and the farmer’s personal computer, which is used to view the dashboard. Nodes are connected through a mesh network. The team designed a mesh network overlayed with Wi-Fi via an Espressif ESP32 chip coded from the Arduino IDE.

Congratulations to all the winners of the Keysight IoT Innovation Challenge! You can be sure I’ll be reaching out to them to write up detailed articles on their projects for the Circuit Cellar brand. 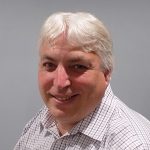