Growing up in the 1970s, the first robot I remember was Rosie from The Jetsons. In the 1980s, I discovered Transformers, which were touted as “robots in disguise,” I imitated Michael Jackson’s version of “the robot,” and (unbeknownst to me) the Arthrobot surgical robot was first developed. This was years before Honda debuted ASIMO, the first humanoid robot, in 2004.

“In the 1970s, microprocessors gave me hope that real robots would eventually become part of our future,” RobotBASIC codeveloper John Blankenship told me in a 2013 interview. It appears that the “future” may already be here. 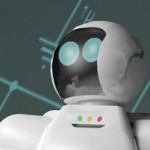 Welcome to the 21st century. Technology is becoming “smarter,“ as evidenced at the Consumer Electronics Show (CES) 2014, which took place in January. The show unveiled a variety of smartphone-controlled robots and drones as well as wireless tracking devices.

Circuit Cellar’s columnists and contributors have been busy with their own developments. Steve Lubbers wondered if robots could be programmed to influence each other’s behavior. He used Texas Instruments’s LaunchPad hardware and a low-cost radio link to build a group of robots to test his theory. The results are on p. 18.

The Internet of Things (IoT), which relies on embedded technology for communication, is also making advancements. According to information technology research and advisory company Gartner, by 2020, there will be close to 26 billion devices on the IoT.

With the IoT, nothing is out of the realm of a designer’s imagination. For instance, if you’re not at home, you can use IoT-based platforms (such as the one columnist Jeff Bachiochi writes about on p. 58) to preheat your oven or turn off your sprinklers when it starts to rain.

Meanwhile, I will program my crockpot and try to explain to my 8-year-old how I survived childhood without the Internet.