Are you an analog aficionado? You’re in luck. Two articles, in particular, focus on the November issue’s analog techniques theme. (Look for the issue shortly after mid-October, when it will be available on our website.)

Data from the base adapter is sent by level shifting the RS-232 or CMOS serial data between 9 and 12 V. A voltage comparator at the remote adapter slices the signal to generate a 0-to-5-V logic signal. The voltage on the signal wire never goes low enough for the 5-V regulator to go out of regulation. 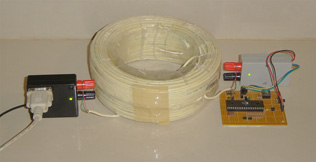 These adapters use a combination of tricks. A single pair of wires carries full-duplex serial data and a small amount of power to a remote device for tasks (e.g., continuous remote data collection and control). The digital signals can be simple on/off signals or more complex signals (e.g., RS-232).

Dick Cappels, a consultant who tinkers with analog and mixed-signal projects, presents a design using a pair of cable adapters and simple analog circuits to enable full-duplex, bidirectional communications and power over more than 100 m of paired wires. Why bother when Power Over Ethernet  (PoE), Bluetooth, and Wi-Fi approaches are available?

“In some applications, using Ethernet is a disadvantage because of the higher costs and greater interface complexity,” Cappels says. “You can use a microcontroller that costs less than a dollar and a few analog parts described in this article to perform remote data gathering and control.” 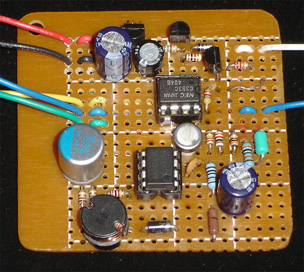 The base unit including the 5-to-15-V power supply is simple for its functionality. The two eight-pin DIP ICs are a voltage comparator and the switching regulator.

Cappels’s need for data channels to monitor his inground water tank inspired his design. Because his local municipality did not always keep the tank filled, he needed to know when it was dry so his pumps wouldn’t run without water and possibly become damaged.
“Besides the mundane application of monitoring a water tank, the system would be excellent for other communication uses,” Cappels says, including computer connection to a home weather station and intrusion-detection systems. Bit rates up to 250 kHz also enable the system to be used in two-way voice communication such as intercoms, he says.

Retired engineer David Cass Tyler became interested in writing his series about calibration while working on a consulting project. “I came to realize that some people don’t really know how to approach the issue of taking an analog-to-digital value to actual engineering units, nor how to correct calibration factors after the fact,” Tyler says

In Part 1 of his article series, Tyler notes: “Digital inputs and digital outputs are pretty simple. They are either on or off. However, for ADCs and DACs to be accurate, they must first be calibrated. This article addresses linear ADCs and DACs.” Part 2, appearing in the December issue, will discuss using polynomial curve fitting to convert nonlinear data to real-world engineering values.

In addition to its analog-themed articles, the November issue includes topics ranging from a DIY solar array tracker’s software to power-capped computer systems.