The May issue of Circuit Cellar provides a number of articles focusing on how to utilize measurements and sensors in your designs. 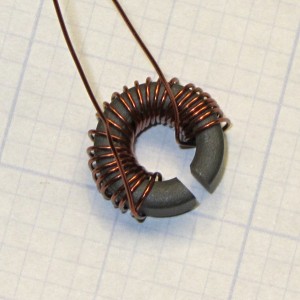 DIY projects. Most electronic devices use inductors or transformers that depend on magnetic fields. In the May issue, Ed Nisley describes how he used a small ferrite toroid to produce a known magnetic field, which he utilized to calibrate some cheap Hall-effect sensors he obtained on eBay (p. 52).

“While the results certainly don’t transform cheap sensors into laboratory instruments, you can use them for tech jewelry with a clear conscience,” Nisley says. “You’ll also have a better understanding of magnetic fields, which may come in handy when you’re building inductors.”

Whether you’re designing a small controller for your own use or an electronic device for mass production, it’s important to keep “testability” in mind. So, it’s a good idea to make a dedicated tester for your product part of the design process at the outset. Such a tester can ensure your device is working properly in your workshop—before it ships to a customer. On page 56, George Novacek describes how an inexpensive tester can bolster an electronic device’s reliability and increase its marketability.

Brothers Robert and Donald Kunzig, both with backgrounds in the telecommunications industry, stepped outside the technologies most familiar to them when they took on an ambitious project—to produce an accurate and easy to use wireless, energy-usage monitor. They also wanted the monitor to hold its collected data even during a power outage or a router issue. Did they succeed? Check out their article on page 18 to find out. 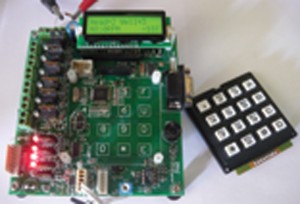 While DNA, the molecule that provides genetic instruction to all living organisms, is complex, building a DNA sequencer can be relatively simple. Fergus Dixon used a light sensor amplifier,  a motor controller, and an injector driver circuit to fulfill a customer’s request for a DNA sequencer with a color screen and full connectivity via Ethernet or Bluetooth (p. 26)

If you’re a DIYer who is nervous about possible levels of radiation in your home, find out how to build a hand-held radiation sensor on page 60.

Also, Jesús Calviño-Fraga describes how he built a serial port-to-SPI bridge programmer, the “S2S Dongle,” which functions without a pre-programmed microntroller (p. 34). 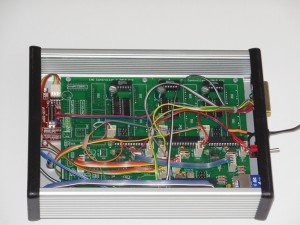 An Atmel ATmega88 microcontroller is at the heart of the CNC router controller.

2, he focuses on a hardware circuit that can monitor the MIDI messages sent between his project’s MIDI devices, which include a Harmonix drum kit used with the Xbox version of the Rock Band video game (p. 68).

Brian Millier calls his construction of a microcontroller-based, G-code controller for a CNC router one of his most challenging DIY projects. The second article in his series focuses on two functional blocks: the axis controller and the host controller (p. 42.)