The March issue of Circuit Cellar includes articles from a number of practical problem solvers, such as a homeowner who wanted to get a better grasp of his electrical usage and a professor who built a better-than-average music box.

Dean Boman, a retired spacecraft communications systems designer, decided to add oversight of his electric usage (in real time) to his home-monitoring system. After all, his system already addressed everything from security to fire detection to irrigation control. On page 34, he describes his energy monitoring system, which provides a webpage with circuit-by-circuit energy usage. This level of detail can make you a well-informed energy consumer.

Bruce Land, a senior lecturer in electronics and computer science at Cornell University, thought developing a microcontroller-based music device would be a useful class lesson. But more importantly, he knew his 3-year-old granddaughter would love an interactive music box. On page 28, he shares how he built a music device with an 8-bit microcontroller that enables changing the note sequence, timbre, tempo, and beat.

Computer engineer Chris Paiano has written many application notes for the Cypress programmable-system-on-chip (PSoC) chipset. He is even working on a PSoC solution for his broken dishwasher. But that’s far from his most impressive work. Read an interview with this problem-solver on page 41.

College students built a rotational inverted pendulum (RIP) to test nonlinear control theory. But you might want to make and tune one for fun. Nelson Epp did. On page 20, he describes how he built his RIP and utilized a TV remote control to meet the challenges of balance and swing. “It is a good project because the hardware used is fairly common, the firmware techniques and math behind them are relatively easy to understand, and you get a good feeling when, for the first time, the thing actually works,” he says. 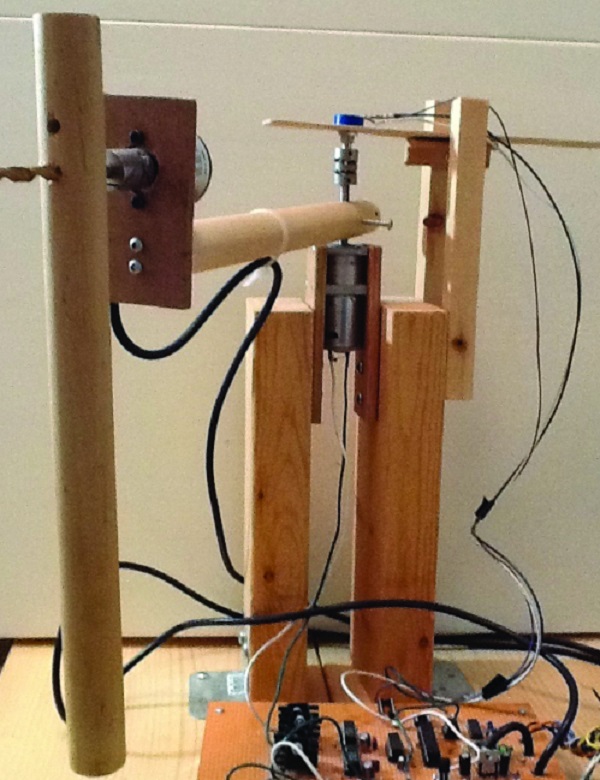 Chip biometrics are unique digital chip features—left by the manufacturing process—that distinguish one chip from another of the same type. Finding these chip “fingerprints” is important in developing trustworthy and secure electronics. On page 45, Patrick Schaumont discusses how to extract a fingerprint from a field programmable gate array (FPGA) and authenticate a chip’s identity.

Other article highlights include George Novacek’s look at ways to reduce product failures in the field (p. 52), Ed Nisley’s take on how to get true analog voltages from the Arduino’s PWM outputs (p. 56), and Jeff Bachiochi’s guidance on using a development kit to design a tool to help transmit Morse code (p. 68).

With this issue’s emphasis on robotics, you’ll want to check out  our From the Archives article about a SOPHOCLES design for a solar-powered robot that can detect poisonous gas (p. 62).