At the end of September 2012, an enthusiastic crew of electrical engineers and journalists (and significant others) traveled to Portsmouth, NH, from locations as far apart as San Luis Obispo, CA,  and Paris, France, to celebrate Circuit Cellar’s 25th anniversary. Attendees included Steve Ciarcia (Founder, Circuit Cellar), the current magazine staff, and several well-known engineers, editors, and columnists. The event marked the beginning of the next chapter in the history of this long-revered publication. As you’d expect, contributors and staffers both reminisced about the past and shared ideas about its future. And in many instances, the conversations turned to the content in this issue, which was at that time entering the final phase of production. Why? We purposely designed this issue (and next month’s) to feature a diversity of content that would represent the breadth of coverage we’ve come to deliver during the past quarter century. A quick look at this issue’s topics gives you an idea of how far embedded technology has come. The topics also point to the fact that some of the most popular ’80s-era engineering concerns are as relevant as ever. Let’s review.

In the earliest issues of Circuit Cellar, home control was one of the hottest topics. Today, inventive DIY home control projects are highly coveted by professional engineers and newbies alike. On page 16, Scott Weber presents an interesting GPS-based time server for lighting control applications. An MCU extracts time from GPS data and transmits it to networked devices.

Thiadmer Riemersma’s DIY automated component dispenser is a contemporary solution to a problem that has frustrated engineers for decades (p. 26). The MCU-based design simplifies component management and will be a welcome addition to any workbench. 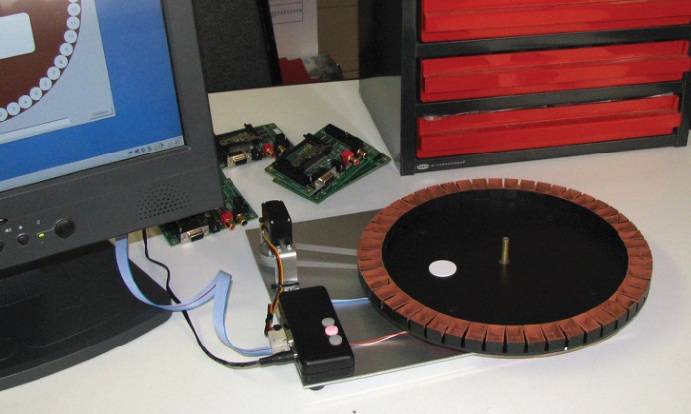 USB technology started becoming relevant in the mid-to-late 1990s, and since then has become the go-to connection option for designers and end users alike. Turn to page 30 for Jan Axelson’s  tips about debugging USB firmware. Axelson covers controller architectures and details devices such as the FTDI FT232R USB UART controller and Microchip Technology’s PIC18F4550 microcontroller. 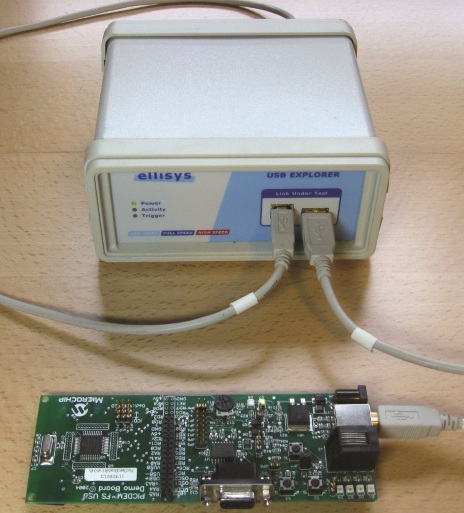 Electrical engineers have been trying to “control time” in various ways since the earliest innovators began studying and experimenting with electric charge. Contemporary timing control systems are implemented in a amazing ways. For instance, Richard Lord built a digital camera controller that enables him to photograph the movement of high-speed objects (p. 36).

Security and product reliability are topics that have been on the minds of engineers for decades. Whether you’re working on aerospace electronics or a compact embedded system for your workbench (p. 52), you’ll want to ensure your data is protected and that you’ve gone through the necessary steps to predict your project’s likely reliability (p. 60).

The issue’s last two articles detail how to use contemporary electronics to improve older mechanical systems. On page 64 George Martin presents a tachometer design you can implement immediately in a machine shop. And lastly, on page 70, Jeff Bachiochi wraps up his series “Mechanical Gyroscope Replacement.” The goal is to transmit reliable data to motor controllers. The photo below shows the Pololu MinIMU-9. 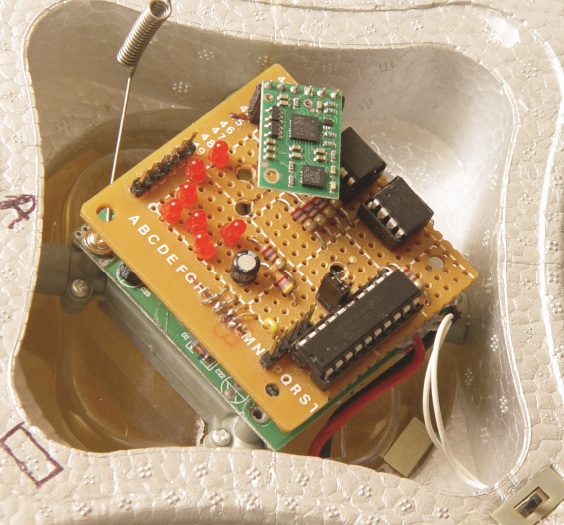 The Pololu MinIMU-9’s sensor axes are aligned with the mechanical gyro so the x and y output pitch and roll, respectively. (Source: J. Bachiochi, CC268)

CC268: The History of Embedded Tech