Open-spec single board computers (SBCs) have become incredibly popular over the past decade. Community-backed groups like Raspberry Pi, Orange Pi, Odroid and Khadas offer a variety of low-cost, small form factor products sought after by both makers and professional engineers alike.

Over the past several years, the number of available open-spec SBCs has continued to grow. The definition of “open spec” can vary. For this article we’re looking at boards that fulfill most of the open source criteria. This ranges from community resources to strong open source software support to open schematics and open licensing. The nature of open-spec SBCs is such that most products tend to be smaller boards and feature very low costs in comparison to commercial non-open SBCs. To be clear, open-spec SBCs are very well suited for maker and DIY projects and even for professional embedded system developers to use as prototype boards. But they are very different than an SBC supplied by a commercial vendor that can ensure long lifecycle support. A commercial SBC vendor will take on the burden of parts obsolescence for customers in ways that open spec SBC suppliers really aren’t set up to do.

Another common attribute of open-spec SBCs is that most of them run Linux or Android. In no surprise therefore, that Circuit Cellar’s sister website LinuxGizmos.com publishes a comprehensive catalog of open-spec SBCs at least once each year. Its last updated catalog posted in January included 136 open-spec Linux SBCs. The catalog confines its scope to SBCs that cost under $200. The product gallery on the next three pages provides a representative set of these SBCs, including the most popular ones from LinuxGizmos.com’s coverage. Surveys of LinuxGizmos’s readers show that year after year Raspberry Pi SBCs are the most popular open-spec SBCs. Because of that, we eased our one 1-product-per-company rule in this article and included two Raspberry Pi SBCs. Also, open-spec SBC vendors don’t ever seem to provide traditional datasheets for their products. So, the links provided in the product gallery are to other types of documentation that lists the specs of these SBCs.

An example project that made use of an open-spec Raspberry Pi SBC is a system designed to monitor all the refrigeration units in a commercial kitchen simultaneously (Figure 1). The system uses Microchip PIC MCU-based monitoring units and is controlled by a Raspberry Pi 3B SBC. 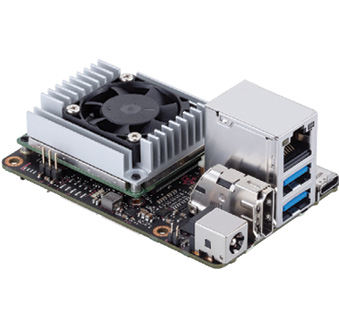 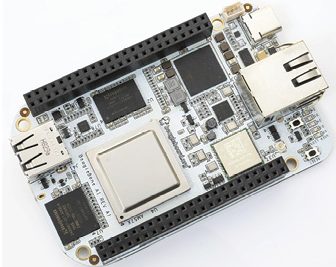 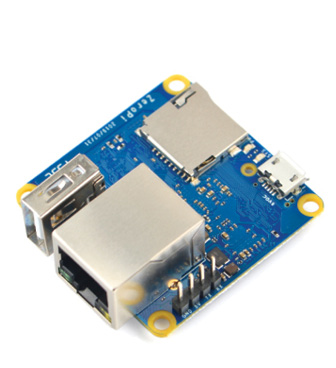 
FriendlyElec's ZeroPi SBC is a headless, open-spec SBC that combines the quad-core, Cortex-A7 Allwinner H3 of its NanoPi Neo with the Gbit Ethernet port of its Allwinner H5-based NanoPi Neo2. The ZeroPi shares the same 40mm × 40mm footprint, USB 2.0 host, micro-USB, and debug header of these earlier models, and it offers the -20°C to 70°C range of the Neo. 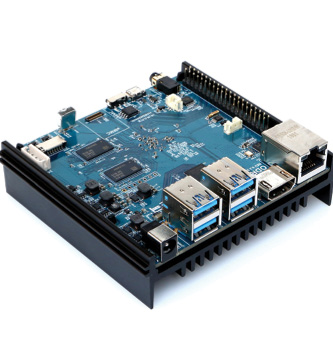 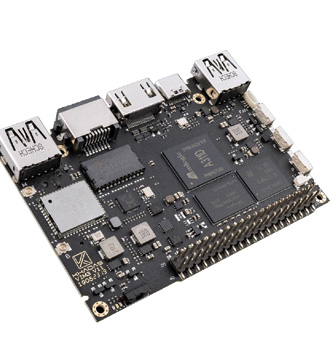 
The VIM3 SBC is the latest addition to Shenzhen Wesion’s Khadas project. It has an Amlogic A311D SoC. On the SoC x4 Cortex A73 performance-cores (2.2GHz) and x2 Cortex A53 efficiency-cores (1.8GHz) are merged into a hexa-core configuration, and fabricated with a 12nm process to maximize performance, thermal and electrical efficiency. 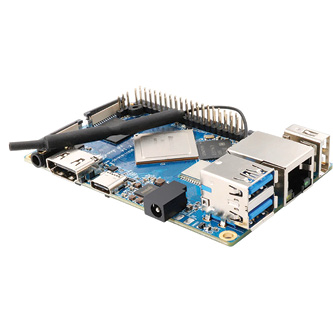 
The Orange Pi 4 SBC from Shenzhen Xunlong is similar in layout and features to the Allwinner H6-based Orange Pi 3, which preceded it by only about six months, but advances to a more powerful, hexa-core Rockchip RK3399 backed up with 4GB DDR4. The standard Orange Pi 4 also offers a USB 3.0 host port. 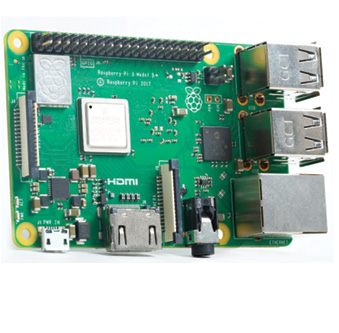 Raspberry Pi 3B+ SBC Has
Wi-Fi and GbE with PoE 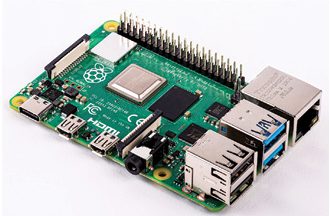 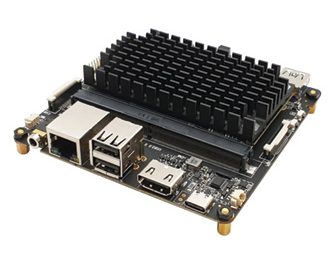