The term system-on-chip could arguably have been applied to 32-bit microcontrollers (MCUs) long before the term SoC ever emerged. For years, these MCUs have provided a mix of processing, memory and I/O on a single chip. And, as embedded systems have evolved, so too have 32-bit MCUs. The most sweeping trend in recent years has been the addition of wireless connectivity to these devices.

Driven mostly by the blossoming IoT phenomenon, today’s crop of MCUs includes many product offerings that include on-chip wireless connectivity. This has taken the form of support for Bluetooth Low Energy (BLE), Wi-Fi and other technologies. With MCUs embedded in systems across a wide diversity applications and industries, it’s hard to make any general statement about how they are used Aside from IoT, the leading MCU application areas include automotive, industrial systems, smart city, smart home, wearable devices and medical gear.

In an example of a 32-bit MCU application, the all-student Stanford Solar Car Project, from Stanford University, chose STMicrolectronics’ 32-bit STM32F4 MCUs for various applications in their solar car, Arctan. The Arctan was built to compete in the 2015 World Solar Challenge (Figure 1). That competition started in Darwin, Australia, crossed the Outback and ended 3,000km away in Adelaide one week later. In their Arctan vehicle, the Arm Cortex-M core-based STM32F4 MCUs monitored battery life and solar-panel efficiency and managed the electric motor and driver-control functions. According to ST, the Arctan was the fourth Stanford solar car with ST components. The STM32 MCUs optimize car performance based on real-time analysis of vehicle and environmental conditions.

One of the most recent trends in 32-bit MCUs is the strategy of taking a particular functionally that used to be its own IC and combining it with a 32-bit MCU on one chip. One example is Infineon Technologies’ IMC301A-F064, a motion controller and an Arm Cortex-M0 MCU in one device. Each of the leading vendors have a variety of 32-bit MCU product lines in a myriad of versions. With that in mind, the MCUs in the product gallery displayed on the next couple of pages are a representative sampling the most recent MCU technologies available today. 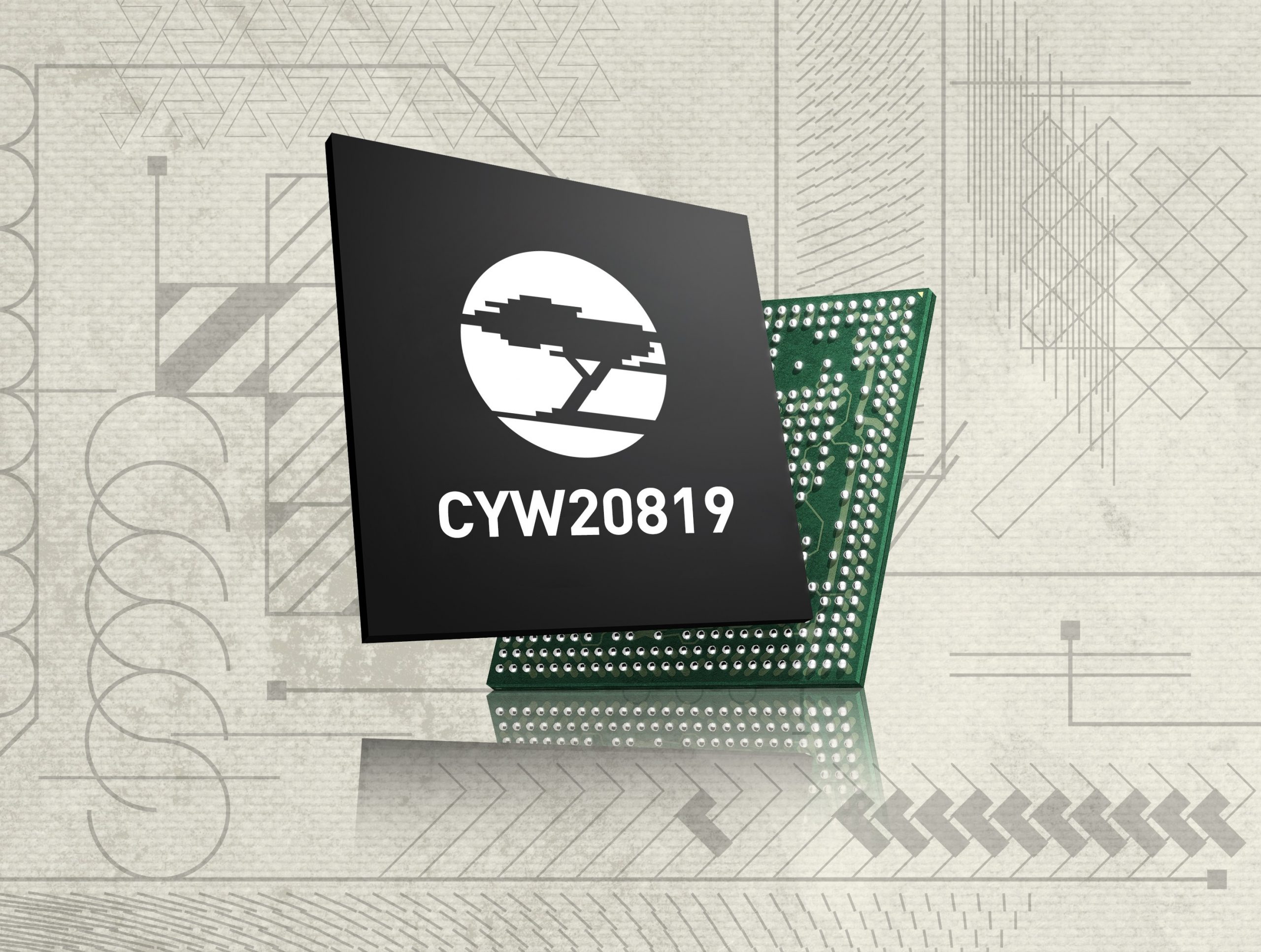 
The CYW20819 from Cypress Semiconductor is a Bluetooth 5.0-compliant, standalone baseband processor with an integrated 2.4GHz transceiver with support for BLE, BLE 2Mbps, EDR 2Mbps and 3Mbps, synchronous connection-oriented (SCO) and extended SCO (eSCO). The device is intended for use in audio, IoT, sensors and HID markets. 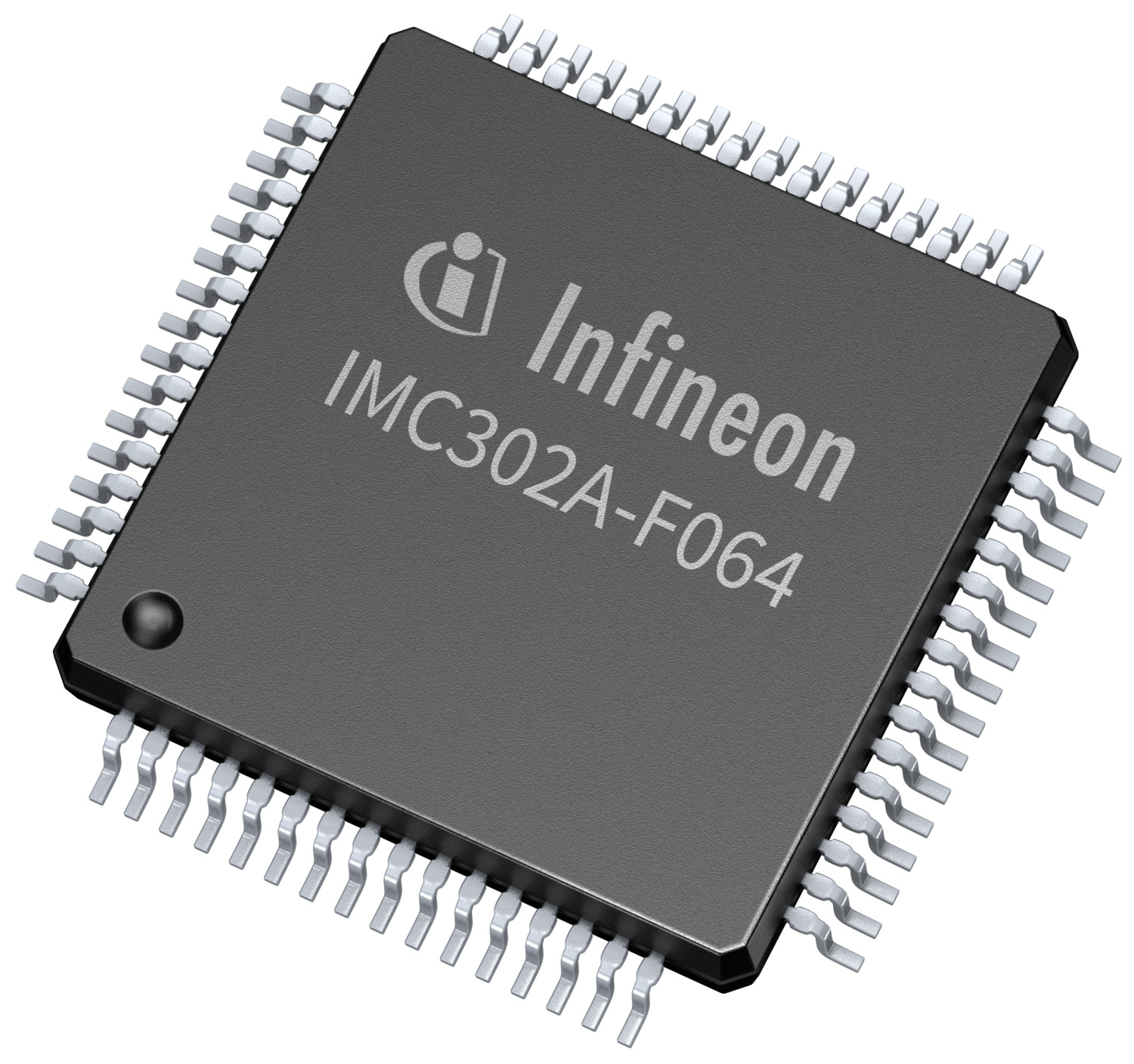 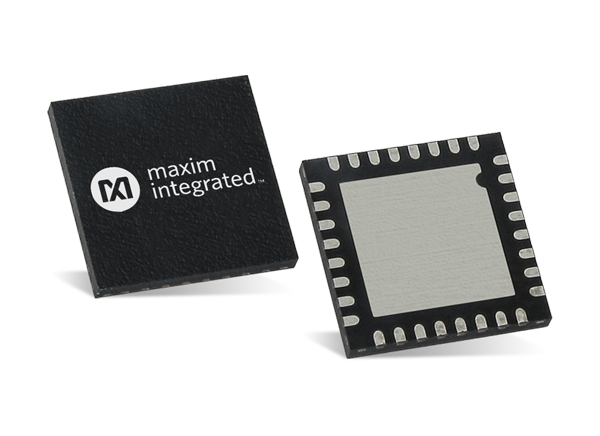 
Maxim Integrated’s MAX32520 ChipDNA is a secure Arm Cortex-M4 MCU with built-in physically unclonable function (PUF) technology for financial- and government-grade security. Maxim’s PUF technology allows for multiple layers of protection to provide the most advanced key-protection technology in a cost-effective format for use in IoT, healthcare, industrial and computing systems. 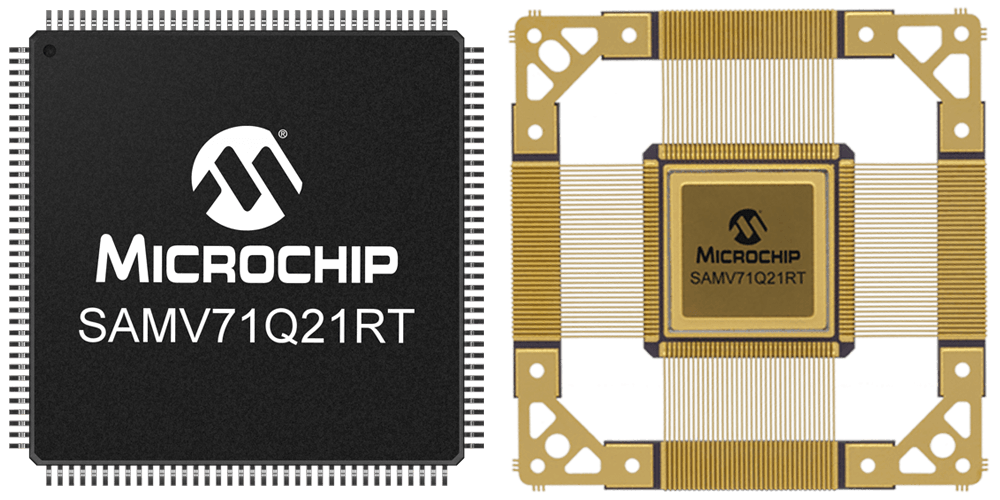 Microchip Technology’s SAMV71Q21RT is the radiation tolerant version of the Microchip SAMV71Q21 based on the high-performance 32-bit Arm Cortex-M7 processor with a Double Precision FPU. These devices operate at up to 300MHz and feature up to 2,048KB of Flash, and up to 384KB of multi-port SRAM which is configurable. 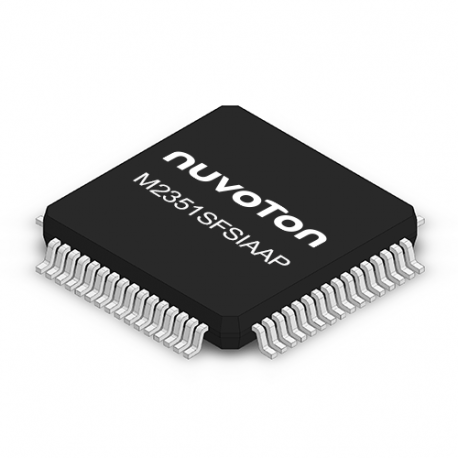 Nuvoton Technology’s NuMicro M2351SF chip is based on M2351 IoT security MCUs and Winbond TrustME W77F Secure Flash. The M2351 Series is the first Arm Cortex-M23 based MCU that has been both PSA Certified Level 1 and PSA Functional API Certified, according to Nuvoton. The M2351SF is enhanced for its secure storage inside by stacking the Winbond W77F Secure Flash solution. 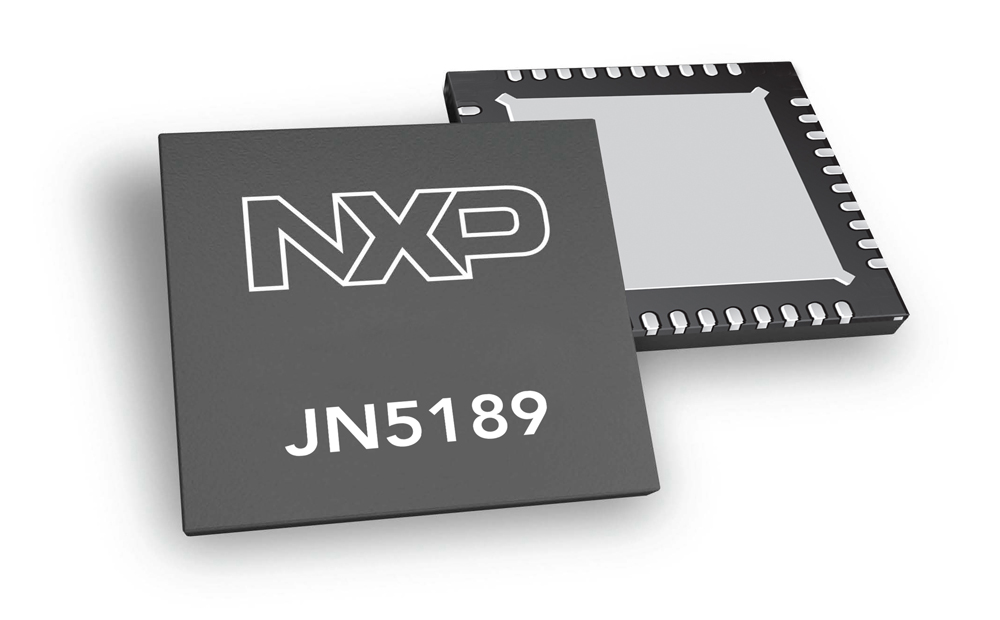 The JN5189 and JN5188 are IEEE 802.15.4 wireless MCUs from NXP that provide ultra-low power connected intelligence for Zigbee 3.0 and Thread applications. The JN5189 and JN5188 provide an integrated NFC NTAG while supporting a wide operating temperature range (-40°C to +125°C). They also include MCU peripherals for smart home, building automation, sensor network and other battery-powered applications. 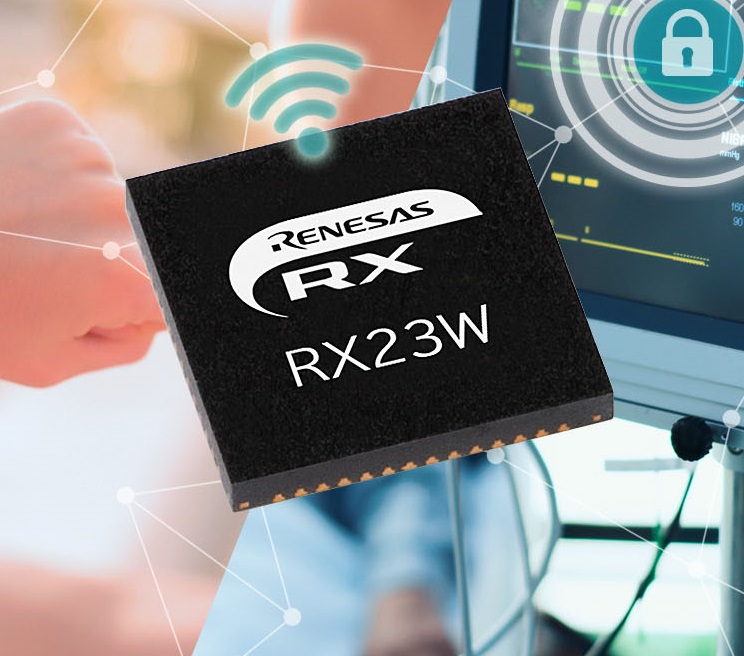 
The RX23W MCUs from Renesas Electronics incorporate security functions that are vital for Bluetooth 5.0 Low Energy (BLE) and IoT devices, as well as a wealth of peripheral functions such as touch keys, USB and CAN, enabling system control and wireless communication with devices using a single chip. RX23W MCUs have full function support for Bluetooth 5.0 Low Energy long range and mesh networking. 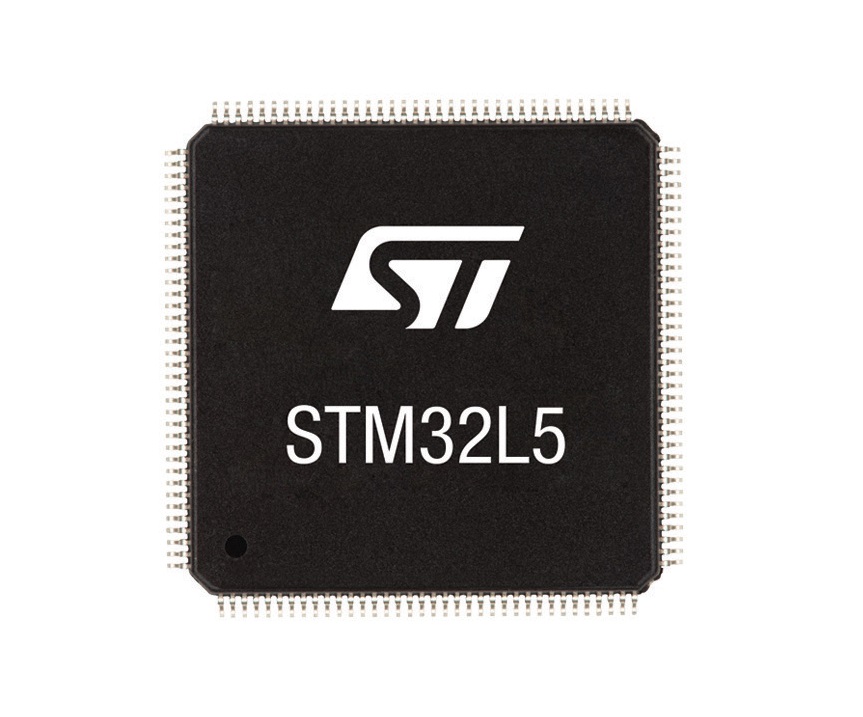 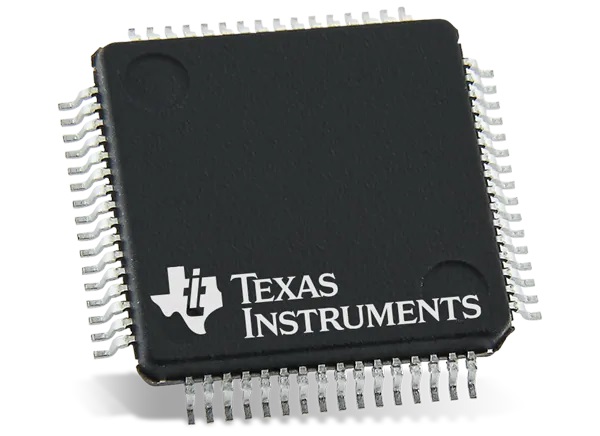