If you built your own ham radio “back in the day,” you’ll recall the frustration of putting it together with components that were basic at best.

But as columnist George Novacek points out in the second installment of his series examining wireless data links: “Today you can purchase excellent, reasonably priced low-power gear for data communications off the shelf.” 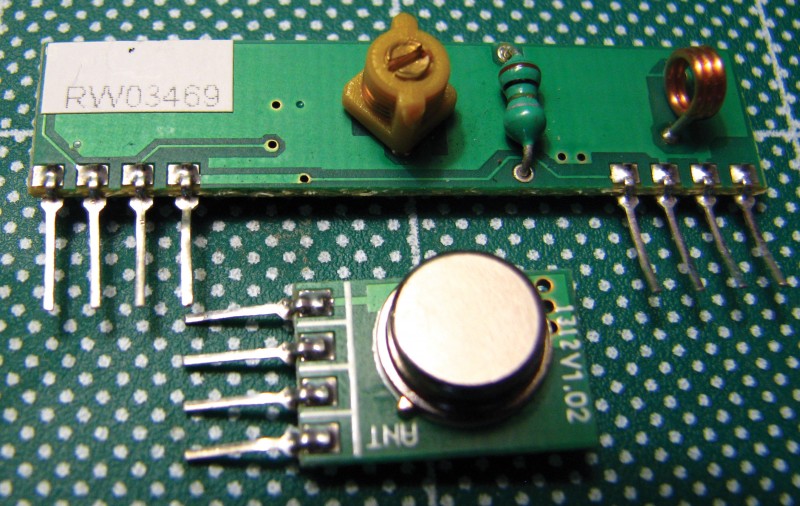 Part 2 of Novacek’s series, appearing in the March issue, looks at transmitters and antennas.

In one section, Novacek expands upon the five basic data-transmitter modules—a data encoder, a modulator, a carrier frequency generator, an RF output amplifier, and an antenna:

Low-power data transmitters often integrate the modulator, the carrier frequency generator, and the amplifier into one circuit. A single transistor can do the job. I’ll discuss antennas later. When a transmitter and a receiver are combined into one unit, it’s called a transceiver.

Modulation may not be needed in some simple applications where the mere presence of a carrier is detected to initiate an action. A simple push button will suffice, but this is rarely used as it is subject to false triggering by other transmitters working in the area in the same frequency band.

Digital encoder and decoder ICs are available for simple devices (e.g., garage door openers) or keyless entry where just an on or off output is required from the receiver. These ICs generate a data packet for transmission. If the received packet matches the data stored in the decoder, an action is initiated. Typical examples include Holtek Semiconductor HT12E encoders and HT12D decoders and Freescale Semiconductor MC145026, MC145027, and MC145028 encoder and decoder pairs. For data communications a similar but more advanced scheme is used. I’ll address this when I discuss receivers (coming up in Part 3 of this series).

Novacek’s column goes on to explain modulation types, including OOK and ASK modulation:

OOK modulation is achieved by feeding the Data In line with a 0-to+V-level  datastream. ASK modulation can be achieved by the data varying the transistor biasing to swing the RF output between 100% and typically 30% to 50% amplitude. I prefer to add a separate modulator.

The advantage of ASK as opposed to OOK modulation is that the carrier is always present, thus the receiver is not required to repeatedly synchronize to it. Different manufacturers’ specifications claim substantially higher achievable data rates with ASK rather than OOK.

For instance, Photo 1 shows a SparkFun Electronics WRL-10534 transmitter and a WRL-10532 receiver set for 433.9 MHz (a 315-MHz set is also available), which costs less than $10. It is a bare-bones design, but it works well. When you build supporting circuits around it you can get excellent results. The set is a good starting point for experimentation.

The article also includes tips on a transceiver you can purchase to save time in developing ancillary circuits (XBee), while noting a variety of transceiver, receiver, and transmitter modules are available from manufacturers such as Maxim Integrated, Micrel, and RF Monolithics (RFM).  In addition, the article discusses design and optimization of the three forms of antennas: a straight conductor (monopole), a coil (helical), and a loop.

“These can be external, internal, or even etched onto the PCB (e.g., keyless entry fobs) to minimize the size,” Novacek says.

Do you need advice on what to consider when choosing an antenna for your design?  Find these tips and more in Novacek’s March issue article.