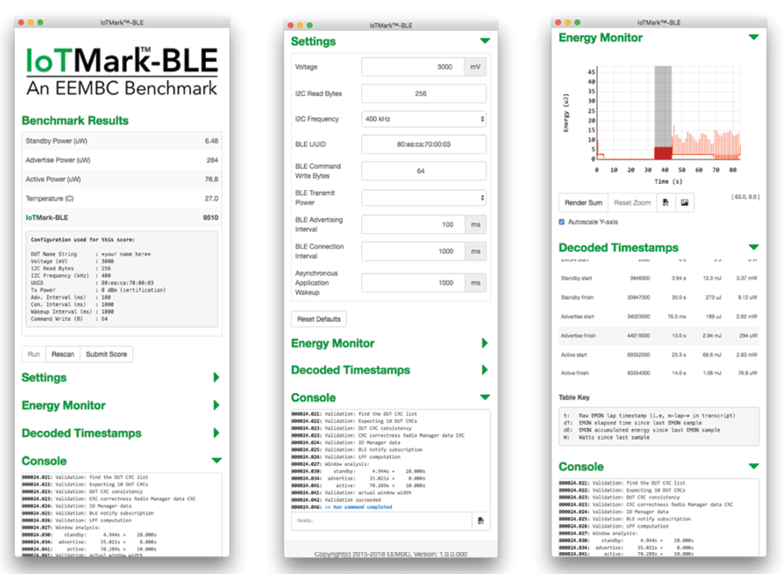 Written by Peter Torelli
Complex Benchmark Development Journey Yields Success The explosive growth of the IoT market looks much different today than the emergence of the embedded market the late 1990s. That said, it does resemble that early period in its lack of meaningful benchmarks. Developing an IoT benchmark is a non-trivial task because it must represent a real-world scenario, using wired and wireless interfaces. And since the devices are largely battery-powered, one of the key judgement criteria of an IoT
Become a Member or Log In to read the rest of this content.