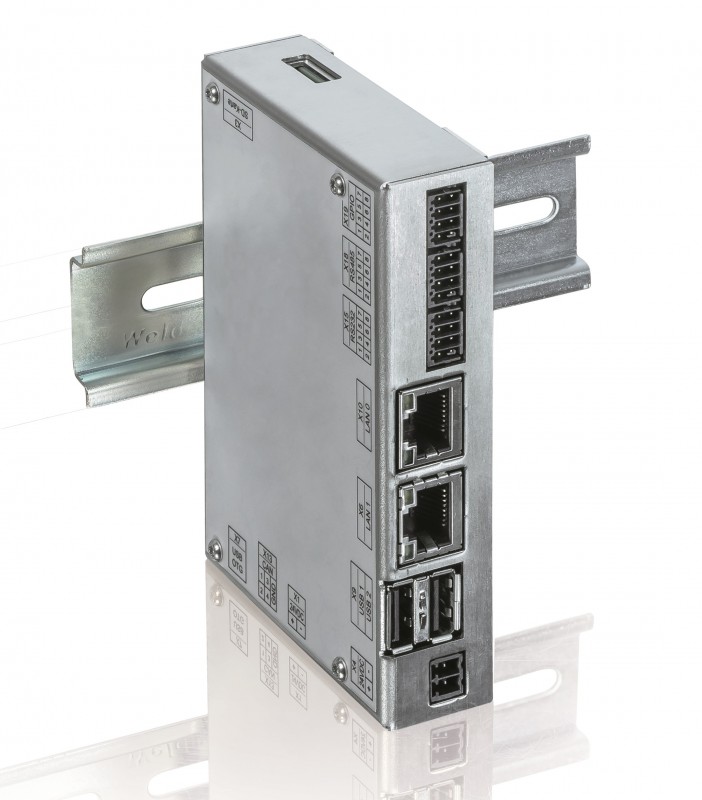 The new KBox A-330-MX6 differs from the KBox A-330-RPI primarily by the Dual Core i.MX6 processor from NXP, which is, like the Raspberry Pi Compute Module CM3+, long term available. In addition, the variant based on the NXP processor optionally offers additional industrial protocol stacks such as EtherCAT, PROFINET, Modbus and CANopen to enable customers to easily integrate control software.

Both KBox A-330 variants operate fanless and are designed for industrial control and gateway tasks in control cabinets due to their slim design and the possibility of DIN rail mounting. Two Fast Ethernet ports, RS232, RS485 or CAN and four I/O ports are available as interfaces. A powerful user interface can be operated during commissioning or in the target application via two USB channels and an HDMI connection.

With the KBox A-330 family Kontron offers an industrial grade platform that enables connection to various communication levels, serves as a gateway for IoT applications and can integrate sensors and actuators. As operating system Kontron offers Yocto Linux for the KBox A-330-MX6 and Raspbian for the KBox A-330-RPI. On a project basis, applications are realizable that include advanced security features such as secure authentication and data encryption that go beyond normal security requirements.

In conjunction with the modular IoT software framework SUSiEtec from Kontron’s sister company S&T Technologies, any applications and cloud solutions on the market—from sensors to edge computers to private or public clouds—can also be connected and supported to develop IoT applications or establish new business models.