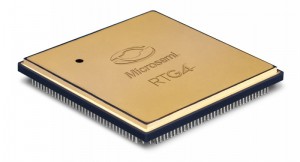 The flexibility, reliability and performance of RTG4 FPGAs make it much easier to achieve this. RTG4 is Microsemi’s latest development in a long history of radiation-tolerant FPGAs that are found in many NASA and international space programs.

Engineering silicon, Libero SoC development software, and RTG4 development kits are available now. RTG4 FPGAs and development kits have already shipped to some of the 120+ customers engaged in the RTG4 lead customer program. Flight units qualified to MIL-STD-883 Class B are expected to be available in early 2016.