“In every case, there were very subtle changes in the trailer handling in the minutes prior to the blowouts, but the changes were subtle enough to go unnoticed,” he says in his article appearing in January’s Circuit Cellar magazine.

So Boman, whose retirement hobbies include embedded system design, built the trailer monitoring system (TMS), which monitors the vibration of each trailer tire, displays the 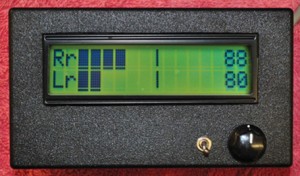 Photo 1 —The Trailer Monitoring System consists of the display unit and a remote data unit (RDU) mounted in the trailer. The top bar graph shows the right rear axle vibration level and the lower bar graph is for left rear axle. Numbers on the right are the axle temperatures. The vertical bar to the right of the bar graph is the driver-selected vibration audio alarm threshold. Placing the toggle switch in the other position displays the front axle data.

information to the driver, and sounds an alarm if tire vibration or heat exceeds a certain threshold. The alarm feature gives the driver time to pull over before a dangerous or damaging blowout occurs.

Boman’s article describes the overall layout and operation of his system.

“The TMS consists of accelerometers mounted on each tire’s axles to convert the gravitational (g) level vibration into an analog voltage. Each axle also contains a temperature sensor to measure the axle temperature, which is used to detect bearing or brake problems. Our trailer uses the Dexter Torflex suspension system with four independent axles supporting four tires. Therefore, a total of four accelerometers and four temperature sensors were required.

“Each tire’s vibration and temperature data is processed by a remote data unit (RDU) that is mounted in the trailer. This unit formats the data into RS-232 packets, which it sends to the display unit, which is mounted in the tow vehicle.” 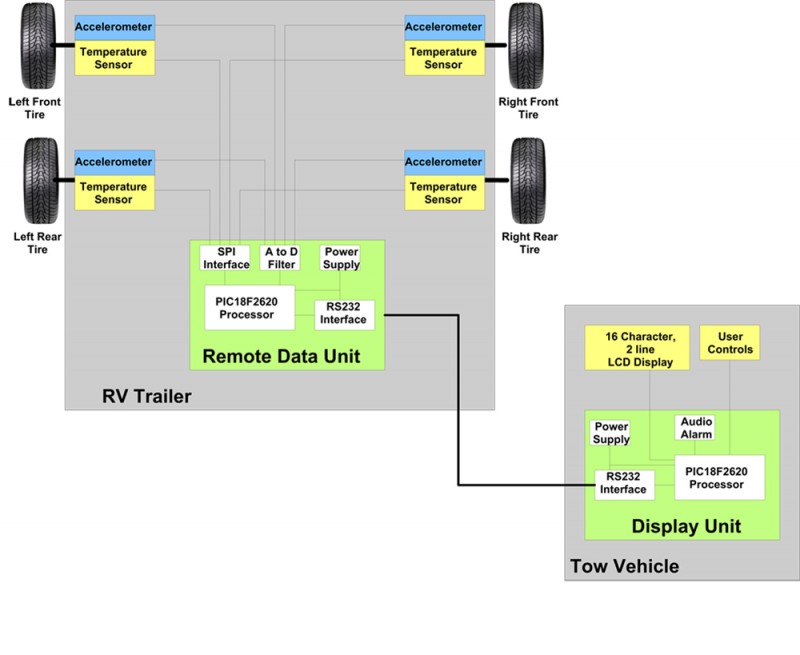 Figure 1—This block diagram shows the remote data unit accepting data from the accelerometers and temperature sensors and sending the data to the display unit, which is located in the tow vehicle for the driver display. 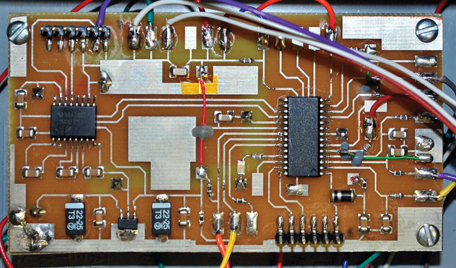 Photo 2—The remote data unit’s board assembly is shown. 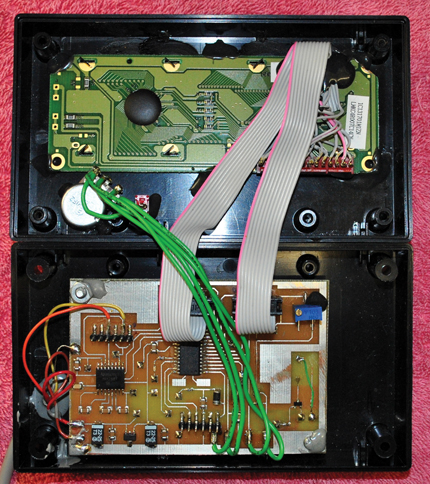 “To generate the display image, the vibration data is first converted into an 11-element bar graph format and the temperature values are converted from Centigrade to Fahrenheit. Based on the toggle switch’s position, either the front or the rear axle data is written to the LCD screen,” Boman says.

“The 5-s requirement prevents the alarm from sounding for bumps in the road, but enables vibration due to tread separation or tire bubbles to sound the alarm. The audio alarm is also sounded if any of the temperature reads exceed 160°F, which could indicate a possible bearing or brake failure.”

The comprehensive monitoring gives Boman peace of mind behind the wheel. “While the TMS cannot prevent tire problems, it does provide advance warning so the driver can take action to prevent serious damage or even an accident,” he says.

For more details about Boman’s project, including RDU and display unit schematics, check out the January issue.