In the open-source hardware development and distribution model, designs are created collaboratively and published openly. This enables anyone to study, modify, improve, and produce the design—for one’s own use or for sale. Open-source hardware gives users full control over the products they use while unleashing innovation—compared to the limits of proprietary research and development. 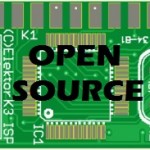 This practice is transforming passive consumers of “black box” technologies into a new breed of user-producers. For consumers, open-source hardware translates into better products at a lower cost, while providing more relevant, directly applicable solutions compared to a one-size-fits-all approach. For producers, it means lower barriers to entry and a consequent democratization of production. The bottom line is a more efficient economy—one that bypasses the artificial scarcity created by exclusive rights—and instead focuses on better and faster development of appropriate technologies.

Open-source hardware is less than a decade old. It started as an informal practice in the early 2000s with fragmented cells of developers sharing instructions for producing physical objects in the spirit of open-source software. It has now become a movement with a recognized definition, specific licenses, an annual conference, and several organizations to support open practices. The expansion of open-source hardware is also visible in a proliferation of open-source plans for making just about anything, from 3-D printers, microcontrollers, and scientific equipment, to industrial machines, cars, tractors, and solar-power generators.

As the movement takes shape, the next major milestone is the development of standards for efficient development and quality documentation. The aim here is to deliver on the potential of open-source products to meet or exceed industry standards—at a much lower cost—while scaling the impact of collaborative development practices.

The Internet brought about the information revolution, but an accompanying revolution in open-source product development has yet to happen. The major blocks are the absence of uniform standards for design, documentation, and development process; accessible collaborative design platforms (CAD); and a unifying set of interface standards for module-based design—such that electronics, mechanical devices, controllers, power units, and many other types of modules could easily interface with one another.

Can unleashed collaboration catapult open-source hardware from its current multimillion dollar scale to the next trillion dollar economy?

One of the most promising scenarios for the future of open source hardware is a global supply chain made up of thousands of interlinked organizations in which collaboration and complementarity are the norm. In this scenario, producers at all levels—from hobbyists to commercial manufacturers—have access to transparent fabrication tools, and digital plans circulate freely, enabling them to build on each other quickly and efficiently.

The true game changers are the fabrication machines that transform designs into objects. While equipment such as laser cutters, CNC machine tools, and 3-D printers has been around for decades, the breakthrough comes from the drastically reduced cost and increased access to these tools. For example, online factories enable anyone to upload a design and receive the material object in the mail a few days later. A proliferation of open-source digital fabrication tools, hackerspaces, membership-based shops, fab labs, micro factories, and other collaborative production facilities are drastically increasing access and reducing the cost of production. It has become commonplace for a novice to gain ready access to state-of-art productive power.

On the design side, it’s now possible for 70 engineers to work in parallel with a collaborative CAD package to design the airplane wing for a Boeing 767 in 1 hour. This is a real-world proof of concept of taking development to warp speed—though achieved with proprietary tools and highly paid engineers. With a widely available, open-source collaborative CAD package and digital libraries of design for customization, it would be possible for even a novice to create advanced machines—and for a large group of novices to create advanced machines at warp speed. Complex devices, such as cars, can be modeled with an inviting set of Lego-like building blocks in a module-based CAD package. Thereafter, CNC equipment can be used to produce these designs from off-the-shelf parts and locally available materials. Efficient industrial production could soon be at anyone’s fingertips.

Sharing instructions for making things is not a novel idea. However, the formal establishment of an open-source approach to the development and production of critical technologies is a disruptive force. The potential lies in the emergence of many significant and scalable enterprises built on top of this model. If such entities collaborate openly, it becomes possible to unleash the efficiency of global development based on free information flows. This implies a shift from “business as usual” to an efficient economy in which environmental and social justice are part of the equation.

Catarina Mota is a New York City-based Portuguese maker and open-source advocate who cofounded the openMaterials (openMaterials.org) research project, which is focused on open-source and DIY experimentation with smart materials. She is both a PhD candidate at FCSHUNL and a visiting scholar at NYU, and she has taught workshops on topics such as hi-tech materials and simple circuitry. Catarina is a fellow of the National Science and Technology Foundation of Portugal, co-chair of the Open Hardware Summit, a TEDGlobal 2012 fellow, and member of NYC Resistor.

Marcin Jakubowski graduated from Princeton and earned a PhD Fusion Physics from the University of Wisconsin. In 2003 Marcin founded the Open Source Ecology (OpenSourceEcology.org) network of engineers, farmers, and supporters. The group is working on the Global Village Construction Set (GVCS), which is an open-source, DIY toolset of 50 different industrial machines intended for the construction of a modern civilization (http://vimeo.com/16106427).

Open-Source Hardware for the Efficient Economy