We’d like to introduce you to Colin O’Flynn, who will begin writing a bimonthly column titled “Programmable Logic In Practice” for Circuit Cellar beginning with our October issue. 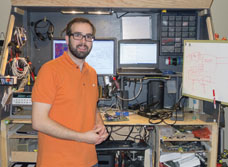 Colin at his workbench

You may have already “met.” Since 2002, Circuit Cellar has published five articles from this Canadian electrical engineer, who is also a lecturer at Dalhousie University in Halifax, Nova Scotia, and a product developer.

Colin has been fascinated with embedded electronics since he was a child and his father gave him a few small “learn to solder” kits. Since then, he has constructed many projects, earned his master’s in applied science from Dalhousie, pursued graduate studies in cryptographic systems, and become an engineering consultant. Over the years, he has developed broad skills ranging from electronic assembly (including SMDs), to FPGA design in Verilog and VHDL, to high-speed PCB design.

And he likes to share what he knows, which makes him a good choice for Circuit Cellar. 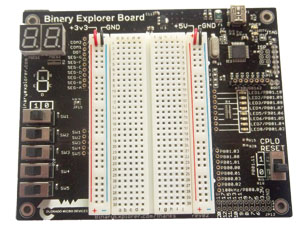 One of his most recent  projects was a Binary Explorer Board, which he developed for use  in teaching a digital logic course at Dalhousie. It fulfilled his (and his students’) need for a simple programmable logic board with an integrated programmer, several switches and LEDs, and an integrated breadboard. He is working to develop the effective and affordable board into a product.

In the meantime, he is also planning some interesting column topics for Circuit Cellar.

He is interested in a range of possible topics, including circuit board layout for high-speed FPGAs; different methods of configuring an FPGA; design of memory into FPGA circuits; 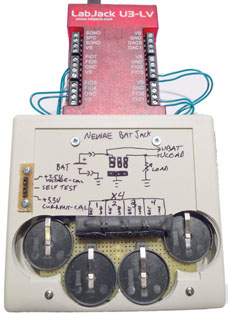 use of tools such as Altera’s OpenCV libraries to design programmable logic using C code; use of vendor-provided and open-source soft-core microcontrollers; design of a PCI-Express interface for your FPGA; and addition of a USB 3.0 interface to your FPGA.

That’s just a short list reflecting his interest in programmable logic technologies, which have become increasingly popular with engineers and designers.

To learn more about Colin’s interests, check out our February interview with him, his YouTube channel of technical videos, and, of course, his upcoming columns in Circuit Cellar.