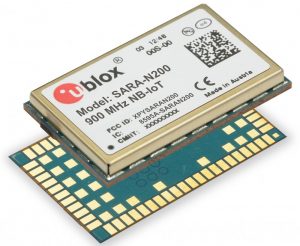 The SARA-N2 module’s advantages include:

Samples of the SARA-N2 NB-IoT module are scheduled to be available in Q4 2016.