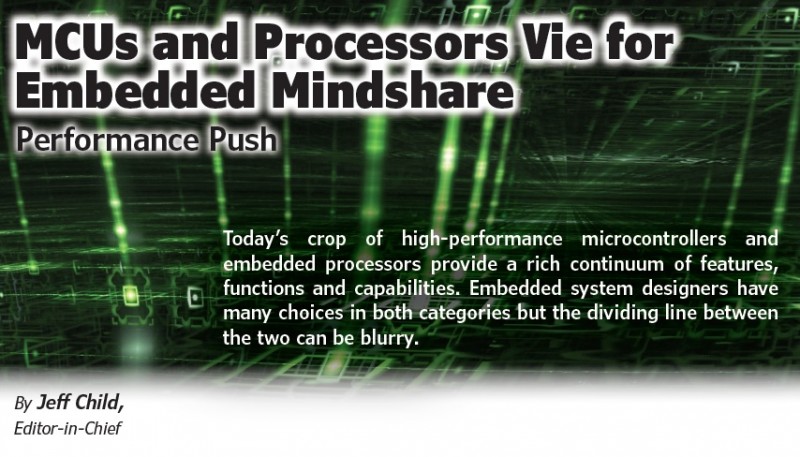 Today’s crop of high-performance microcontrollers and embedded processors provide a rich continuum of features, functions and capabilities. Embedded system designers have many choices in both categories but the dividing line between the two can be blurry.

At one time the world of microcontrollers and the world of microprocessors were clearly separate. That’s slowly changed over the years as the high-performance segment of microcontrollers have become more powerful. And the same time, embedded processors have captured ever more mindshare and market share that used to be exclusively owned by the MCU camp. The lines blurred even further once most all MCUs started using Arm-based processor cores.

All the leading MCU vendors have a high-performance line of products, some in the 200 MHz and up range. Moreover, some application-specific MCU offerings are designed specifically for the performance needs of a particular market segment—automotive being the prime example. In some cases, these high end MCUs are vying for design wins against embedded processors that meet the same size, weight and power requirements as MCUs. In this article, we’ll examine some of the latest and greatest products and technologies on both sides.

An example of an MCU vendor’s high-performance line of products is Cypress Semiconductor’s FM4. FM4 is a portfolio of 32-bit, general-purpose, high performance MCUs based on the Arm Cortex-M4 processor with FPU and DSP functionality. FM4 microcontrollers operate at frequencies up to 200 MHz and support a diverse set of on-chip peripherals for motor control, factory automation and home appliance applications. The portfolio delivers low-latency, reliable, machine-to-machine (M2M) communication required for Industry 4.0 using network-computing technologies to advance design and manufacturing.

The FM4 MCU supports an operating voltage range of 2.7 V to 5.5 V. The devices incorporate 256 KB to 2 MB flash and up to 256 KB RAM. The fast flash memory combined with a flash accelerator circuit (pre-fetch buffer plus instruction cache) provides zero-wait-state operation up to 200 MHz. A standard DMA and an additional descriptor-based DMA (DSTC), each with an independent bus for data transfer, can be used to further offload the CPU. Figure 1 shows the FM4-216-ETHERNET, a development platform for developing applications using the Arm Cortex-M4-based FM4 S6E2CC MCU. 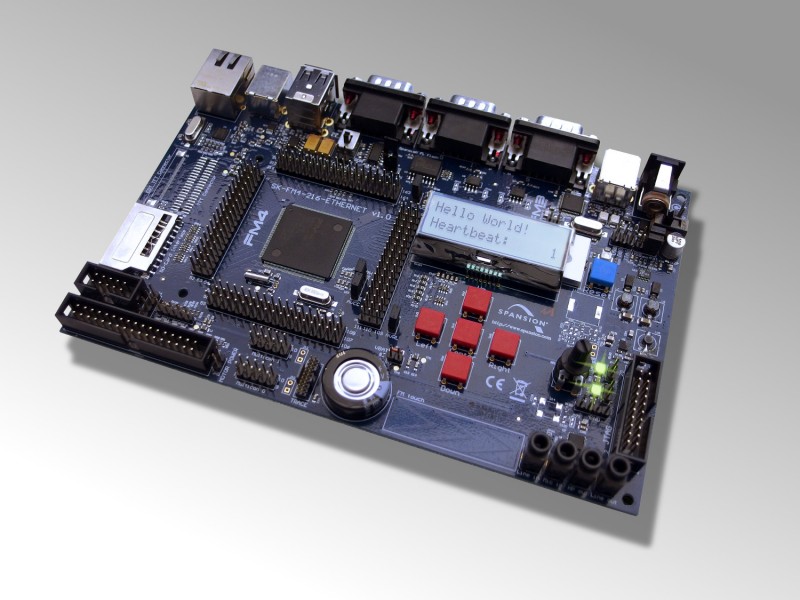 The high-performance line of MCUs from ST Microelectronics is its STM32H7 series. An example product from that series is the STM32H753 MCU with Arm’s highest-performing embedded core (Cortex-M7). According to ST Micro it delivers a record performance of 2020 CoreMark/856 DMIPS running at 400 MHz, executing code from embedded flash memory.

Last year STMicro announced its STM32H7 high-performing MCUs are designed with the same security concepts as the Platform Security Architecture (PSA) from Arm announced at that time. This PSA framework on the STM32H7 MCUs are combined with STM32-family enhanced security features and services. ST’s STM32H7 MCU devices integrate hardware-based security features including a True Random-Number Generator (TRNG) and advanced cryptographic processor, which will simplify protecting embedded applications and global IoT systems against attacks like eavesdropping, spoofing or man-in-the-middle interception.

One dividing line that remains between MCUs and microprocessors is their ability to run major operating systems. While most embedded processors can run OSes like Linux, most MCUs lack the memory architecture required to do so. Breaking that barrier, in February MCU vendor Microchip Technology unveiled a System on Module (SOM) featuring the SAMA5D2 microprocessor. The ATSAMA5D27-SOM1 contains the recently released ATSAMA5D27C-D1G-CU System in Package (SiP) (Figure 2). 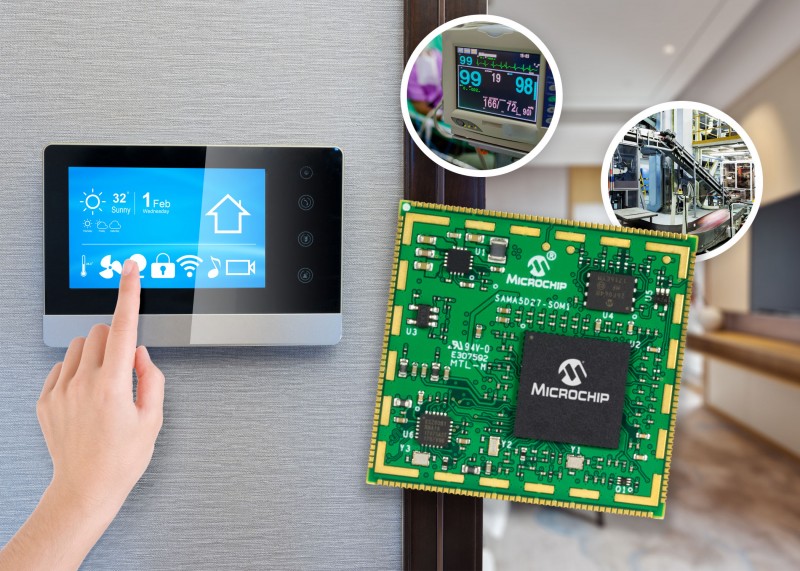