If you like working on Arduino projects, you probably welcome some big news on two Linux-capable boards that came out of the recent Maker Faire in Rome. 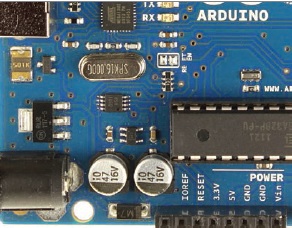 An October 3 Arduino blog post by Zoe Romano says the Galileo is “a great tool for quickly prototyping simple interactive designs like LED light displays that respond to social media, or for tackling more complex projects from automating home appliances to building life-size robots that you control from your smartphone.”

Arduino TRE is the “most powerful Arduino to date” and will be able to run full Linux, according to another Arduino blog post by Romano.

“Arduino developers will get up to 100 times more performance with the Sitara-processor-based TRE than they do on the Arduino Leonardo or Uno,”  Romano says. For example, the Linux Arduino will be able to run high-speed communications and high-performance desktop applications.

Intel may be closely  following  news about the Arduino TRE, Stephen Shankland suggests in his October 5 article on the c/net website.

“The Arduino Tre speed boost comes from its Texas Instruments Sitara AM335x processor, which is based on the Cortex-A8 design from ARM Holdings,” Shankland’s article says. “Because ARM chips are nearly universal in the smartphone market that Intel has been struggling to penetrate, they’re a top competitive concern for Intel, and TI’s move means it might not be Intel’s Pentium-derived Quark chips that hobbyists end up with when looking for their next widget.”

However the competition plays out, it all seems nothing but good news for electronics tinkerers, hardware hackers, hobbyists, and designers who want more choices and more processing power for their Arduino-based projects.