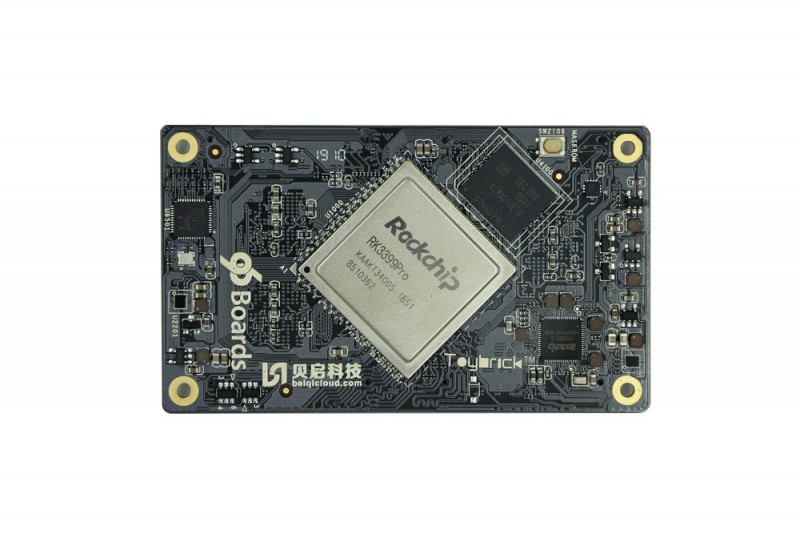 Linaro has launched two SOM specifications for 96Boards—a Compute Module spec and a Wireless spec. It has also released two board designs based on the Compute spec, along with a 96Boards SOM Carrier board compatible with those two boards.

Linaro, the Arm-backed open source collaborative engineering organization, has announced the publication of version 1.0 of 96Boards System-on-Module (SOM) specifications. 96Boards is Linaro’s initiative to build a single software and hardware community across low-cost development boards based on Arm technology. Along with the new specifications, the company has rolled out two board designs: the TB-96AI based on a Rockchip RK3399Pro processor, and the TB-96AIoT based on the newer Rockchip RK1808 processor.

The launch of the new 96Boards specifications provides developers with a SOM solution that is compatible across SoCs. According to Linaro, SOM solutions today use a variety of different connector solutions including SO-DIMM connectors used in DRAM and Mini Module Plus (MMP) connectors for certain specialist boards. Up until now, there has been no solution offering flexible IO and a robust mounting mechanism, nor a standard form factor, says Linaro. The goal of new 96Boards SOM specifications is to enable plug and play compatibility between a whole range of different SOM solutions.

The Compute Module Specification defines a SOM with generic module-to-carrier board interface, independent of the specific SoC choice on the module. The Compute module addresses the application requirements of segments including industrial automation, smart devices, gateway systems, automotive, medical, robotics and retail POS systems. Two form factors are defined as SOM-CA and SOM-CB with a maximum of four 100 pin Connectors. The X1 connector is mandatory on all SOMs. The defined interfaces are shown in the table below. 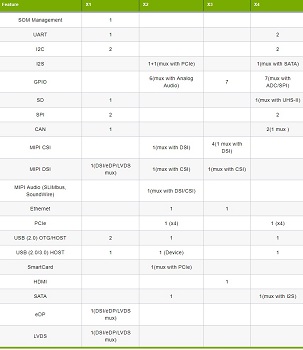 Compute Module Spec — Defined Interfaces
(click image to enlarge)
The Wireless specification designs a SOM for interchangeable wireless module applications, supporting standard and/or proprietary wireless standards such as 802.15.4, BLE, WiFi, LoRa, NB-IoT, LTE-M etc. The specification is designed to enable evolution that will support multiple products and future wireless standards. The two form factors are defined as SOM-WA/SOM-WB with the pinouts to the specification shown in the table below. 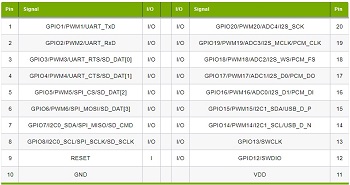 The TB-96AI can be combined with the backplane to form a complete industry application motherboard, and be applied to various embedded artificial intelligence fields. The TB-96AI’s RK3399Pro processor has an Arm dual-core Cortex-A72+quad-core Cortex-A53 architecture. The processor has frequencies is up to 1.8 GHz and integrates a Mali-T860 MP4 quad-core graphics processor. The chip’s integrated NPU supports 8Bit/16Bit operation. With computing power of 3.0 Tops, the NPU can meet various AI application needs such as vision, audio and so on. 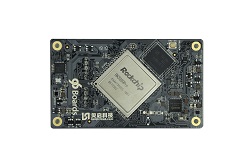 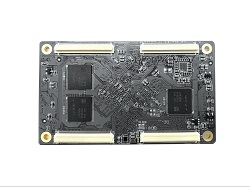 The TB-96AIoT meanwhile is equipped with the RK1808 AIoT chip. According to Linaro, the TB-96AIoT also provides rich interfaces and strong scalability. Aside from this, little other detail on the TB-96AIoT is provided in the announcement.

The Rockchip RK1808 processor used on the TB-96AIoT features a dual-core Cortex-A35 CPU architecture, NPU computing performance up to 3.0 Tops, VPU supporting 1080P video codec, microphone array with hardware VAD function, and camera video signal input with built-in ISP. The RK1808 boasts lower power consumption thanks in part to being built on an 22nm FD-SOI process. This shrinks power consumption by about 30%, compared with mainstream 28nm processes under the same performance, according to Rockchip. The device features DDR-free operation of the always-on device with built-in 2MB system-level SRAM. A hardware VAD function provides low-power monitoring and far-field wake-up, features all suited to IoT applications.

Both the TB-96AI and TB-96AIoT SOM designs are available for purchase from Beiqicloud.com—sign in required. A story by cnx-software points out that Vamrs is also involved because of the “ToyBrick” reference on the boards’ silkscreen.

The 96Boards SOM Carrier Board is compatible with both the TB-96AI and TB-96AIoT. It is designed to suit different markets and demonstrates how easy it is to support multiple different SOMs. 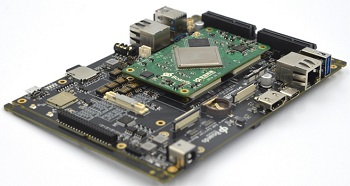 There wasn’t much detailed on the carrier board spelled-out in the announcement, although this detail graphic was provided: 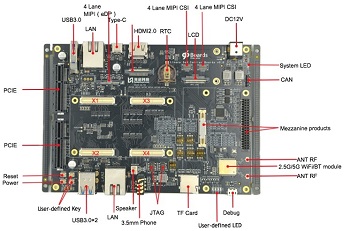 More information on the new SOM specifications can be found on the announcement page. You can learn more about Linaro’s engineering work on the Linaro and 96Boards websites. Beiqicloud is 96Boards Compute SOM Lead partner. For more information about SOM boards and Carrier board visit Beiqicloud’s products page.

This article originally appeared on LinuxGizmos.com on April 2.