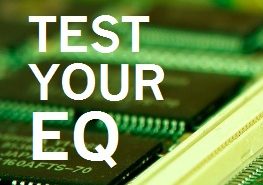 Answer 1—Intersymbol interference is created by nonlinearities in the phase/frequency response of the RF channel. These irregularities are generally proportional to the carrier frequency — for example, if a channel centered at 1 MHz has a quality factor (Q) of 50, it will have a 3-dB bandwidth of 20 kHz. But a similar channel centered at 100 MHz will have a bandwidth of 2 MHz.

If you need a bandwidth of 20 kHz for your signal, the 100-MHz channel will have a flatter response over any 20 kHz segment than the 1-MHz channel, reducing the phase distortion.

This is just one way of thinking about it. In reality, there are many factors that affect the flatness of any given communication channel — and the analog circuitry used to interface to it. It’s just that in general, it’s easier to keep distortions of this type low if the bandwidth is a smaller fraction of the carrier frequency.

11.0592 MHz is exactly 96× (i.e., 6 × 16) the standard UART baud rate of 115.2 kbps. It is also conveniently close to the maximum clock rate of many early Intel single-chip microcontrollers (12 MHz). This allowed systems based on them to communicate at standard baud rates without requiring a separate crystal.

6.176 MHz is exactly 4× the data rate of a digital telephony T1 subscriber line, which is 8000 × 193 = 1.544 MHz. This crystal frequency is often used in a VCXO (voltage-controlled crystal oscillator) within a PLL. This allows the terminal equipment to establish a local timebase that is synchronized to the network.

Answer 3—A solar panel has a characteristic curve that resembles that of a diode, except that in the presence of sunlight, the curve is shifted so that the panel can deliver energy to an external load.

Both of the proposed batteries will cause the panel to operate close to its maximum current, with the 1.5-V battery receiving slightly more current than the 9-V battery, and therefore greater charge (current × time).

However, the 9-V battery is getting 6× the voltage at a current that is much greater than 1/6 that of the 1.5-V battery, therefore it is receiving more power (current × voltage) and more energy (power × time).

Answer 4—An MPPT (maximum power point tracking) controller would deliver the full power of the solar panel to either battery, giving each one the same total energy. However, the 1.5-V battery would receive 6× the current and 6× the charge in the process.