Richard Alan Wotiz—a multitalented electronics engineer, inventor, and author—provided the international embedded design community with creative projects and useful electronics engineering lessons since the early 1980s when he graduated from Princeton University. Sadly, Richard passed away unexpectedly on May 30, 2012 while hiking with a group of friends (a group called “Take a Hike”) in Santa Cruz County, California. 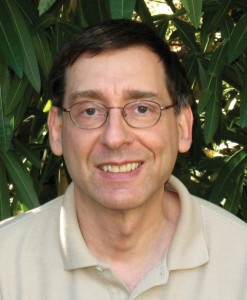 Richard started writing his “Embedded Unveiled” column for Circuit Cellar magazine in 2011. You can read each of his columns by clicking the links below:

Richard published intriguing feature article about some of his prize-winning projects. Interestingly, he liked combining his passion for engineering with his love of the outdoors. When he did so, the results were memorable designs intended to be used outdoors: a backpack water level monitor, an earth field magnetometer, and an ABS brake system for a mountain bike. 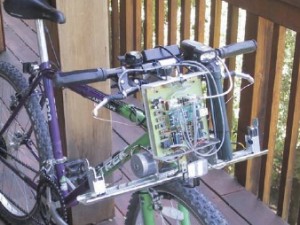 Richard’s ABS system is built around a Texas Instruments EKK-LM3S9B96 evaluation board, which contains the Stellaris LM3S9B96 microcontroller and support circuitry. The mechanism mounts to the front fork in place of the reflector, and the control unit sits on a bracket that’s also attached to the handlebars. A veritable maze of wires runs to the various sensors on the brake levers and wheels.

His other projects were well-built systems—such as his single-phase, variable-speed drive for AC induction motors—intended to solve real-world problems or handy DIY designs—such as his “Net Butler” network control system—that he could use in his daily life.

Richard’s single-phase, variable-speed drive for AC induction motors is an excellent device for powerful, yet quiet, pump operation. Designed for use with a capacitor-start/capacitor-run motor, it includes active power factor correction (PFC) and inrush current limiting. This is the drive unit. A Microchip Technology dsPIC30F2020 and all of the control circuitry is at the upper right, with all of the power components below. The line filter and low-voltage supplies are in a separate box to the left. It’s designed to sit vertically with the three large filter capacitors at the bottom, so they stay as cool as possible.

Richard named his finished network control system the “Net Butler.” This innovative multifunctional design can control, monitor, and automatically maintain a home network. Built around a WIZnet iMCU7100EVB, the design has several functions, such as reporting on connected network devices and downloading Internet-based content.

I last saw Richard in March 2012 at the Design West Conference in San Jose, CA. As usual, he stopped by our booth to chat about his work and Circuit Cellar magazine in general. He had a great passion for both, and it showed whenever I spoke with him. He was a true believer of this magazine and its mission. During our chat, he asked if he could write about the seven-processor Intel Industrial Control Robotic Orchestra system on display at the conference. I agreed, of course! His enthusiasm for doing such an article was apparent. Soon thereafter he was at the Intel booth taking photos and notes for his column.

I’m happy to announce that the column—which he titled “EtherCAT Orchestra”—will appear in Circuit Cellar 264 (July 2012).

Richard’s work was a wonderful contribution to this magazine, and we’re grateful to have published his articles. We’re sure Richard’s inventive design ideas and technical insight will endure to help countless more professionals, academics, and students to excel at electronics engineering for years to come.