Dielectric absorption occurs when a capacitor that has been charged for a long time briefly retains a small amount of voltage after a discharge.

“The capacitor will have this small amount of voltage even if an attempt was made to fully discharge it,” according to the website wiseGEEK. “This effect usually lasts a few seconds to a few minutes.”

While it’s certainly best for capacitors to have zero voltage after discharge, they often retain a small amount through dielectric absorption—a phenomenon caused by polarization of the capacitor’s insulating material, according to the website. This voltage (also called soakage) is totally independent of capacity.

At the very least, soakage can impair the function of a circuit. In large capacitor systems, it can be a serious safety hazard.

But soakage has been around a long time, at least since the invention of the first simple capacitor, the Leyden jar, in 1775. So columnist Robert Lacoste decided to have some “fun” with it in Circuit Cellar’s February issue, where he writes about several of his experiments in detecting and measuring dielectric absorption.

Curious? Then consider following his instructions for a basic experiment:

Go down to your cellar, or your electronic playing area, and find the following: one large electrolytic capacitor (e.g., 2,200 µF or anything close, the less expensive the better), one low-value discharge resistor (100 Ω or so), one DC power supply (around 10 V, but this is not critical), one basic oscilloscope, two switches, and a couple of wires. If you don’t have an oscilloscope on hand, don’t panic, you could also use a hand-held digital multimeter with a pencil and paper, since the phenomenon I am showing is quite slow. The only requirement is that your multimeter must have a high-input impedance (1 MΩ would be minimum, 10 MΩ is better).

Figure 1: The setup for experimenting with dielectric absorption doesn’t require more than a capacitor, a resistor, some wires and switches, and a voltage measuring instrument. 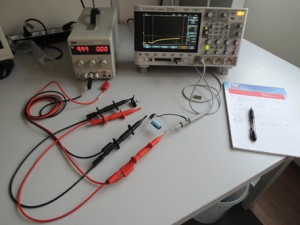 Photo 1: My test bench includes an Agilent Technologies DSO-X-3024A oscilloscope, which is oversized for such an experiment.

Now switch on S2 long enough to fully discharge the capacitor through the 100-Ω resistor. As a result of the discharge, the voltage across the capacitor’s terminals will quickly become very low. The required duration for a full discharge is a function of the capacitor and resistor values, but with the proposed values of 2,200 µF and 100 Ω, the calculation shows that it will be lower than 1 mV after 2 s. If you leave S2 closed for 10 s, you will ensure the capacitor is fully discharged, right?

Now the fun part. After those 10 s, switch off S2, open your eyes, and wait. The capacitor is now open circuited, at least if the voltmeter or oscilloscope input current can be neglected, so the capacitor voltage should stay close to zero. But you will soon discover that this voltage slowly increases over time with an exponential shape.

Photo 2 shows the plot I got using my Agilent Technologies DSO-X 3024A digital oscilloscope. With the capacitor I used, the voltage went up to about 120 mV in 2 min, as if the capacitor was reloaded through another voltage source. What is going on here? There aren’t any aliens involved. You have just discovered a phenomenon called dielectric absorption! 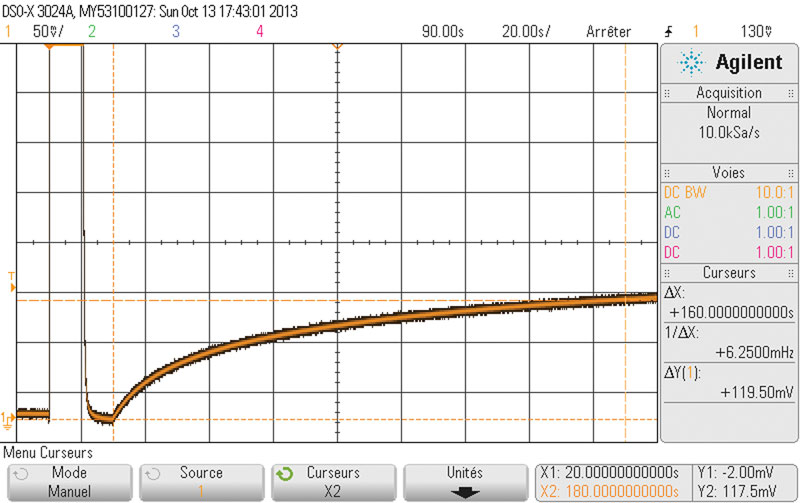 Photo 2: I used a 2,200-µF capacitor, a 100-Ω discharge resistor, and a 10-s discharge duration to obtain this oscilloscope plot. After 2 min the voltage reached 119 mV due to the dielectric absorption effect.

Nothing in Lacoste’s column about experimenting with dielectric absorption is shocking (and that’s a good thing when you’re dealing with “hidden” voltage). But the column is certainly informative.

To learn more about dielectric absorption, what causes it, how to detect it, and its potential effects on electrical systems, check out Lacoste’s column in the February issue. The issue is now available for download by members or single-issue purchase.

Lacoste highly recommends another resource for readers interested in the topic.

“Bob Pease’s Electronic Design article ‘What’s All This Soakage Stuff Anyhow?’ provides a complete analysis of this phenomenon,” Lacoste says. “In particular, Pease reminds us that the model for a capacitor with dielectric absorption effect is a big capacitor in parallel with several small capacitors in series with various large resistors.”