During his June 5 keynote address at they 2013 Sensors Expo in Chicago, Joseph Paradiso presented details about some of the innovative embedded sensor-related projects at the MIT Media Lab, where he is the  Director of the Responsive Environments Group. The projects he described ranged from innovative ubiquitous computing installations for monitoring building utilities to a small sensor network that transmits real-time data from a peat bog in rural Massachusetts. Below I detail a few of the projects Paradiso covered in his speech.

Managed by the Responsive Enviroments group, the DoppelLab is a virtual environment that uses Unity 3D to present real-time data from numerous sensors in MIT Media Lab complex. 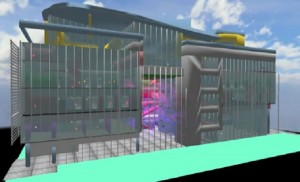 Paradiso explained that the system gathers real-time information and presents it via an interactive browser. Users can monitor room temperature, humidity data, RFID badge movement, and even someone’s Tweets has he moves throughout the complex.

Paradiso demoed the Living Observatory project, which comprises numerous sensor nodes installed in a peat bog near Plymouth, MA. In addition to transmitting audio from the bog, the installation also logs data such as temperature, humidity, light, barometric pressure, and radio signal strength. The data logs are posted on the project site, where you can also listen to the audio transmission. 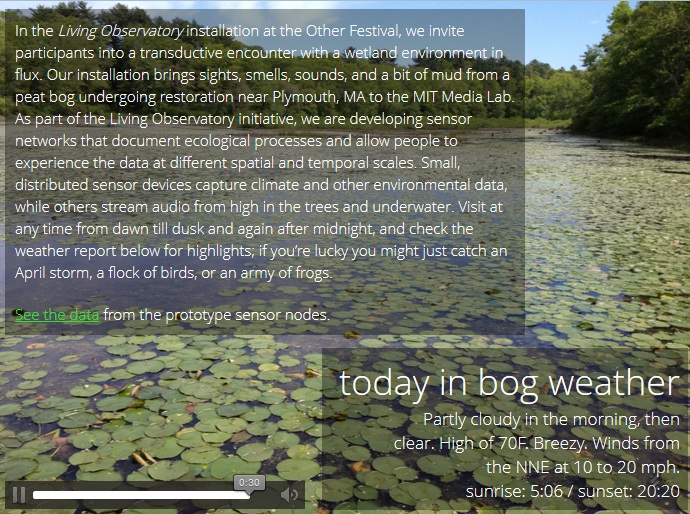 The GesturesEverywhere project provides a real-time data stream about human activity levels within the MIT Media Lab. It provides the following data and more:

The following video is a tracking demo posted on the project site.

The aforementioned projects are just a few of the many cutting-edge developments at the MIT Media Lab. Paradiso said the projects show how far ubiquitous computing technology has come. And they provide a glimpse into the future. For instance, these technologies lend themselves to a variety of building-, environment-, and comfort-related applications.

“In the early days of ubiquitous computing, it was all healthcare,” Paradiso said. “The next frontier is obviously energy.”