To give people a better understanding of what state-operated surveillance equipment actually looks like, critical engineers Julian Oliver and Danja Vasiliev built a GSM interception unit. Now Oliver has published the HOWTO on the web.

In an easy-to-follow run down Julian Oliver shows how to turn a BeagleBone Black into a GSM base station using a software defined radio platform, a GSM antenna, Debian and an Internet connection. 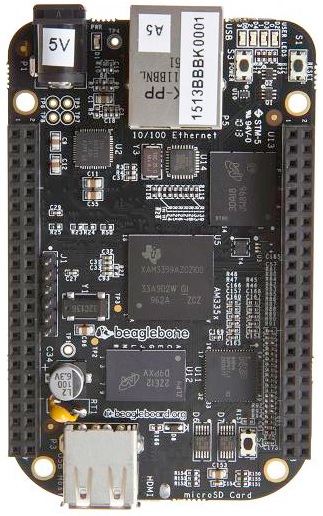 Vasiliev and Oliver are Critical Engineers who work from the view point that our environment is increasingly dominated by technological systems. These systems, often proprietary, opaque and closed source prevent people from understanding the logic by which they operate. As such, people are barred from actively participating in decision-making processes concerning which systems to use and to what end.

One such exploit is the GSM interception unit called PRISM: The Beacon Frame. Built by Oliver and Vasiliev during ArtHackDay in Berlin, September 2013 in response to the revelations about dragnet surveillance by secret services around the world, the device aims to let people experience what spying technology can actually do.

An adapted version of PRISM: The Beacon Frame was displayed at the Transmediale festival in Berlin, January 2014. The device impersonates telco operated cell towers and tricks mobile devices in the vicinity into joining the PRISM network. The data the mobiles shared with the network was displayed on the wall of the exhibition space so people could see what kind of information there blabbermouth devices broadcast. This includes location, hostname and the device’s MAC address.

Ironically, The Beacon Frame was partially dismantled at Transmediale by the contractor providing the network setup for the festival after complaints about the exploit. Vasiliev and Oliver were warned that should they continue to operate PRISM, they could be reported to the police for violation of privacy rights and frequency regulation. After learning that, if charged, the consequence could be fines and even jail time, the work wasn’t restored.—Tessel Renzenbrink, TechTheFuture.com

DIY GSM Base Station with a BeagleBone Black