Why buy an amp for your iPod or MP3 player when you can build your own? With the proper parts and a proven plan of action, you can craft a custom personal audio amp to suit your needs. Plus, hitting the workbench with some chips and PCB is much more exciting than ordering an amp online.

In the April 2012 issue of Circuit Cellar, Coleton Denninger and Jeremy Lichtenfeld write about a capacitive-touch, gain-controlled amplifier while studying at Camosun College in Canada. The design features a Cypress Semiconductor CY8C29466-24PXI PSoC, a Microchip Technology mTouch microcontroller, and a Texas Instruments TPA1517. 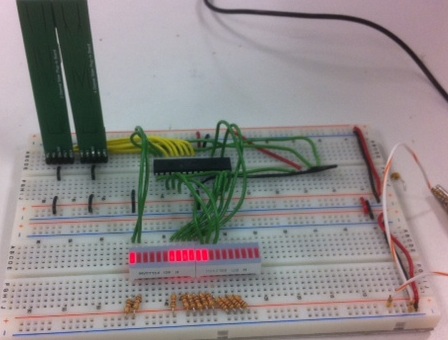 Our first concern was how we were going to mix and amplify the low-power audio input signals from iPods, microphones, and electric guitars. We decided to have a couple of different inputs, and we wanted stereo and mono outputs. After doing some extensive research, we chose to use the Cypress Semiconductors CY8C29466-24PXI programmable system-on-chip (PSoC). This enabled us to digitally mix and vary the low-power amplification using the programmable gain amplifiers and switched capacitor blocks. It also came in a convenient 28-pin DIP package that followed our design guidelines. Not only was it perfect for our design, but the product and developer online support forums for all of Cypress’s products were very helpful.
Let’s face it: mechanical switches and pots are fast becoming obsolete in the world of consumer electronics (not to mention costly when compared to other alternatives). This is why we decided to use capacitive-touch sensing to control the low-power gain. Why turn a potentiometer or push a switch when your finger comes pre-equipped with conductive electrolytes? We accomplished this capacitive touch using Microchip Technology’s mTouch Sensing Solutions series of 8-bit microcontrollers. …

Who doesn’t like a little bit of a light show? We used the same aforementioned PIC, but implemented it as a voltage unit meter. This meter averaged out our output signal level and indicated via LEDs the peaks in the music played. Essentially, while you listen to your favorite beats, the amplifier will beat with you! …
This amp needed to have a bit of kick when it came to the output. We’re not talking about eardrum-bursting power, but we wanted to have decent quality with enough power to fill an average-sized room with sound. We decided to go with a Class AB audio amplifier—the TPA1517 from Texas Instruments (TI) to be exact. The TPA1517 is a stereo audio-power amplifier that contains two identical amplifiers capable of delivering 6 W per channel of continuous average power into a 4-Ω load. This quality chip is easy to implement. And at only a couple of bucks, it’s an affordable choice! 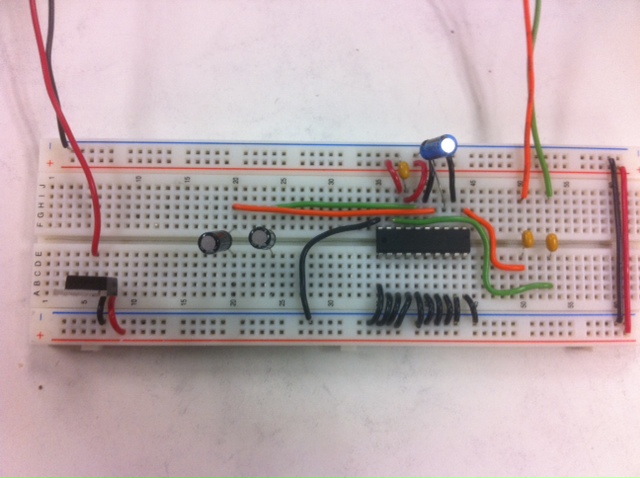 The complete article—with a schematic, diagrams, and code—will appear in Circuit Cellar 261 (April 2012).