This summer may be coming to an end, but it’s never too early to start thinking about next year. If you have children between the ages of 8 and 18, you may be planning another year of summer camp. And, if you’re an engineer whose children are interested in electronics, figuring out how things work, and learning how to break things, r00tz Asylum may be the perfect fit.

r00tz Asylum (formerly known as DEFCON Kids) is a part of the widely attended DEFCON hacker convention, which takes place annually in Las Vegas, NV. Parents who attend DEFCON can bring their children to r00tz Asylum sessions where they can learn about white-hat hacking. 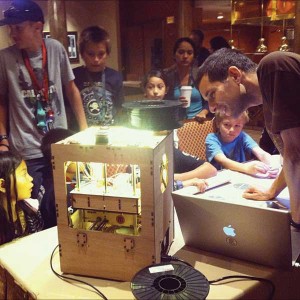 “I enjoy teaching kids because of the direct connection you have with them,” Grand said. “When you talk to them normally and explain things in simple ways, they get it!” he added. “It’s fun to see their eyes light up.”

r00tz Asylum agrees. According its website, “Hacking gives you super-human powers. You can travel time and space. It is your responsibility to use these powers for good and only good.”

Teaching kids about white-hat hacking helps them learn to solve problems, be aware of the law, and understand the consequences for breaking it. And that’s where instruction in a positive and supportive environment comes in.

“Technology isn’t going away. We’re only going to become more immersed in it,” Grand said. “Kids need to be exposed to new things. It’s important to give them an environment where it’s okay to break things, that it’s okay if things fail.” But he stressed that, “Kids need boundaries. It’s our responsibility to teach them right from wrong.”

In addition to various classes, r00tz Asylum attendees have access to a hangout space of sorts with a soldering station and other resources. Last year the space featured a MakerBot 3-D printer, this year an Eggbot open-source art robot was available.

I asked Grand if either of his children would be attending r00tz Asylum in the future. He said he recently watched DEFCON: The Documentary with his four year old. When they watched the part about DEFCON Kids, his son’s reaction was: “I want to go!”