Congatec has announced that its Intel Atom C3000 processor-based conga-B7AC Server-on-Modules now support up to 96 GB DDR4 SO-DIMM memory on 3 sockets. This is twice the previously supported capacity. The company is touting this as a new milestone for COM Express Type 7 based designs, because memory is one of the most important performance levers for embedded edge server technologies. This increase was possible because the Intel Atom C3000 family supports the newly available 32 GB SO-DIMMs. The new Server-on-Modules with a high-speed memory bandwidth of 2400 MT/s are available now and can be ordered with and without ECC support. 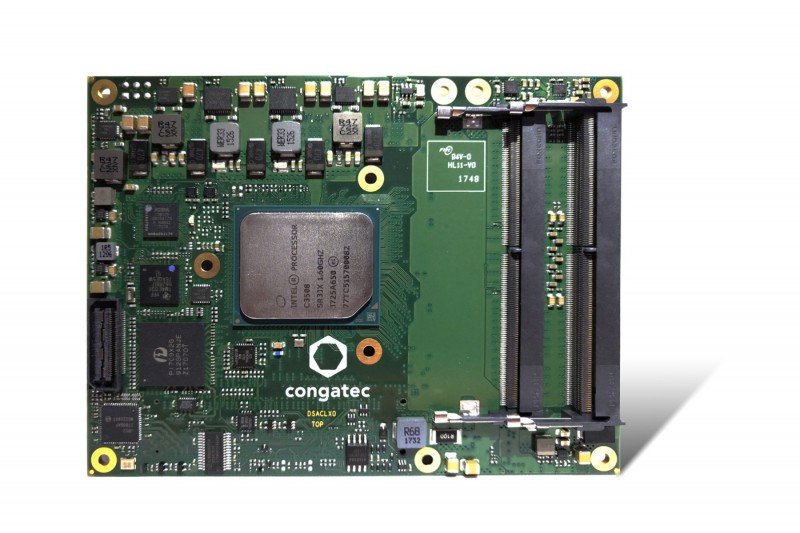 High memory capacity is essential for server applications, because the fastest way to read and write values from a database is to fully load them into memory, according to Congatec. The larger the databases, the more memory capacity is needed. There are many database applications in the field of embedded edge computing, such as network appliances for content delivery in video surveillance applications, IoT gateways or OPC UA servers in automation.

A large RAM is also a good intermediate buffer for Big Data analytics on the fly so that only smaller results need to be stored. Servers that host many virtual machines also benefit immensely from the doubled memory capacity. With 96 GB RAM, 12 virtual machines now have 8 GB RAM available on each partition, making them well-suited for standard Linux or Windows installations.

The conga-B7AC Server-on-Modules with up to 96 GB RAM can be ordered in the following configurations and include personal integration support for OEMs off the shelf: