At the end of our conversations, longtime Circuit Cellar columnist Ed Nisley always says, “Onward and upward.” To this day, I’m not quite sure what that means, but it seems like a useful exit line. Of course, leaving a conversation and leaving a career are two completely different things. Both involve some strategy. With a conversation, one expects you’ll talk later and not everything has to be resolved by the conversation’s end. With a career, there is more finality. You want to know you have accomplished some goals, left the world a better place, and placed your legacy in the hands of people who will properly transition it. 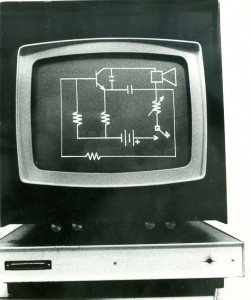 These days, I’m not sure whether to laugh or cringe when I get an e-mail or meet a Circuit Cellar reader who starts a conversation by saying they have been reading my stuff and following me since BYTE magazine. Certainly, I take it as a compliment, but it also means we are both over the proverbial hill. True, the BYTE days and the seeds that generated Circuit Cellar magazine began 35 years ago. That’s a long time for any of us.

When you read the 25th Anniversary issue, you’ll find my article describing the history of how this all started. I’d like to say I had a grand plan from the very beginning, but my career path had a far simpler strategy: To create a product that would be in demand for a long time, to stay under the radar (away from lawyers and competitive vultures), and find good people with similar beliefs who would help me accomplish these goals.

I’d like to say I intuitively knew what to do as a boss, but remember, I was trained as an engineer, not an MBA. A wise person once told me there were two ways to learn things in life: through trial and error or through someone telling you. I just took to heart a business article I read in college and religiously applied it to my career path. It said the majority of small businesses fail for one of four reasons: Too little business, too much business, insufficient capital, or no plan for succession. Since I wasn’t having much fun in corporate America back then (five jobs in five years), succeeding in business had more of a “do or die” imperative than the average job.

Let me warn any budding entrepreneurs that these four events test your gambling tactics more than your business acumen. In my case, Ciarcia’s Circuit Cellar was the product 30 years ago, along with the supporting manufacturing company. It grew quickly and afforded certain luxuries (e.g., Porsches, BMWs, Ferraris, etc.) typically necessary in our culture to designate achievement. Too little business was not an issue.

The “too much business” event happened right after the introduction of the IBM PC. Circuit Cellar was the third company in the country to market an IBM PC clone. I thought it was a good idea. Everybody who couldn’t get a real IBM PC started banging on our door for an MPX-16. We got $1 million in orders in just a few weeks! What was I supposed to do? Certainly not what 99% of you would have done—I stopped taking orders!

Remember, I didn’t want to work for anybody and I don’t like doing “reports.” Delivering thousands of PCs might have made us into another Apple, but it also meant using lots of outside money, no more BYTE magazine, and no more fun monthly projects. It really meant venture capitalists and lawyers, ugh. Was it the right decision? You decide. Circuit Cellar is still here, and every early PC clone maker from back then is gone.

In 1988 we started Circuit Cellar magazine. While our money came from manufacturing projects and kits, we knew the real product was Circuit Cellar itself. It was time to launch the magazine as a unique product. Back in 1988, it typically cost about $2 million for a big publisher to start a magazine like Circuit Cellar. We pulled that off without any other sources.

Finally, there comes the toughest decision for any entrepreneur—when to hang it up. I have to admit, I wasn’t quite sure about this one. It’s not because I planned to hang in until the bitter end. It was because I didn’t immediately see any company that would appreciate Circuit Cellar enough to properly continue it. Over the years, the four major U.S. technical trade publishers had sniffed around Circuit Cellar with acquisition in mind. I never got a good feeling about them, and I’m sure they knew I wasn’t going to be a happy indentured servant in any deal they proposed.

Why it takes a European publisher to appreciate an American magazine and its readers, I’ll never know. From day one, I felt Elektor would treat Circuit Cellar properly. It’s been three years since that transition, and I feel I made the correct decision. The collective benefits of being part of a larger publishing company will prolong Circuit Cellar’s existence and enable it to expand into new markets I was too complacent to tackle. The loyal Circuit Cellar employees deserve a career path beyond my short-term ambitions, and now they have it.

As for me, I plan on spending time stringing more wires for my HCS and I’m ecstatic about having zero responsibilities anymore. I’m around if needed, but plan on taking a four-wheel drive out to the beach to find me. So, until then, I’ll just close with “onward and upward,” and see where that takes me.

Steve Ciarcia’s career is like a living history of both the computer and electronics industries rolled into
one. Throughout his life, Steve engaged hands-on, processor-based projects of all kinds, straight through
the very early days of computing. Steve penned a long-running, popular column called “Circuit Cellar” in
BYTE magazine, the premier technology magazine of its day. Steve took that name with him when he
later went on to found Circuit Cellar magazine in 1988. An engineer and a hands-on “techie” his entire
career, Steve worked for several technology companies, including Control Data, and founded Micromint
in 1979.