Home » CC279: What’s Ahead in the October Issue

Although we’re still in September, it’s not too early to be looking forward to the October issue already available online.

The theme of the issue is signal processing, and contributor Devlin Gualtieri offers an interesting take on that topic.

Gualtieiri, who writes a science and technology blog, looks at how to improve 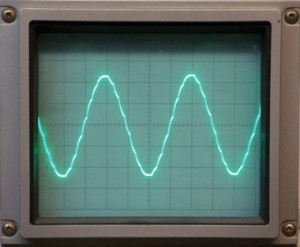 “We’re immersed in a world of beeps and boops,” Gualtieri says. “Every digital knick-knack we own, from cell phones to microwave ovens, seeks to attract our attention.”

“Many simple microprocessor circuits need to generate one, or several, audio alert signals,” he adds. “The designer usually uses an easily programmed square wave voltage as an output pin that feeds a simple piezoelectric speaker element. It works, but it sounds awful. How can microprocessor audio be improved in some simple ways?”

Another article that touches on signal processing is columnist Colin Flynn’s look at advanced methods of debugging an FPGA design. It’s the debut of his new column Programmable Logic in Practice.

“This first article introduces the use of integrated logic analyzers, which provide an internal view of your running hardware,” O’Flynn says. “My next article will continue this topic and show you how hardware co-simulation enables you to seamlessly split the verification between real hardware interfacing to external devices and simulated hardware on your computer.”

You can find videos and other material that complement Colin’s articles on his website.

Another October issue highlight is a real prize-winner. The issue features the first installment of a two-part series on the SunSeeker Solar Array Tracker, which won third 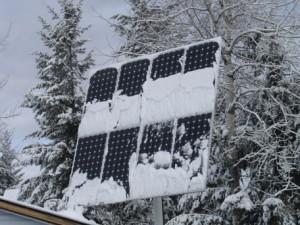 place in the 2012 DesignSpark chipKit challenge overseen by Circuit Cellar.

The SunSeeker, designed by Canadian Graig Pearen, uses a Microchip Technology chipKIT Max32 and tracks, monitors, and adjusts PV arrays based on weather and sky conditions. It measures PV and air temperature, compiles statistics, and communicates with a local server that enables the SunSeeker to facilitate software algorithm development. Diagnostic software monitors the design’s motors to show both movement and position.

Pearen, semi-retired from the telecommunications industry and a part-time solar technician, is still refining his original design.

“Over the next two to three years of development and field testing, I plan for it to evolve into a full-featured ‘bells-and-whistles’ solar array tracker,” Pearen says. “I added a few enhancements as the software evolved, but I will develop most of the additional features later.”

Walter Krawec, a PhD student studying Computer Science at the Stevens Institute of Technology in Hoboken, NJ, wraps up his two-part series on “Experiments in Developmental Robotics.”

In Part 1, he introduced readers to the basics of artificial neural networks (ANNs) in robots and outlined an architecture for a robot’s evolving neural network, short-term memory system, and simple reflexes and instincts. In Part 2, Krawec discusses the reflex and instinct system that rewards an ENN.

Videos of some of Krawec’s robot simulations can be found on his website.

Speaking of robotics, in this issue columnist Jeff Bachiochi introduces readers to the free robot control programming language RobotBASIC and explains how to use it with an integrated simulator for robot communication.

Other columnists also take on a number of very practical subjects. Robert Lacoste explains how inexpensive bipolar junction transistors (BJTs) can be helpful in many designs and outlines how to use one to build an amplifier.

George Novacek, who has found that the cost of battery packs account for half the 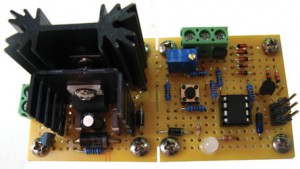 purchase price of his equipment, explains how to build a back-up power source with a lead-acid battery and a charger.

Linux provides all three types of file systems, Japenga says, and his series will address all of them.

Finally, the magazine offers some special features, including an interview with Alenka Zajić, who teaches signal processing and electromagnetics at Georgia Institute of Technology’s School of Electrical and Computer Engineering. Also, two North Carolina State University researchers write about advances in 3-D liquid metal printing and possible applications such as electrical wires that can “heal” themselves after being severed.

For more, check out the Circuit Cellar’s October issue.

CC279: What’s Ahead in the October Issue