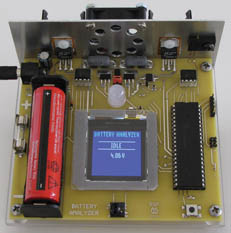 The University of Washington recently announced its engineers have created a wireless communications system that enables everyday devices to power up and connect to the web without the use of batteries. Instead, such devices would tap the energy available in wireless signals.

According to an August article on the university’s website,  engineers have developed a communication system that takes advantage of what they call  “ambient backscatter,”  the TV and cellular transmissions all around us. You can read more about the breakthrough by checking out the university article.

It will be some time before such an approach becomes commercially viable. In the meantime, we’ll still be relying heavily on batteries. With that in mind, you should check out columnist George Novacek’s article in Circuit Cellar’s September issue. Novacek goes “back to the basics” of batteries in this first installment of a two-part series.

“Battery usage has increased due to the proliferation of mobile and cordless devices,” Novacek says in Part 1. “This article describes battery types generally available in retail stores. I’ll discuss their features, operation, and usages. While many exotic batteries and custom packages are available, this article focuses on standard batteries, which are the type you are most likely to encounter.”

He opens his discussion by distinguishing between batteries vs. cells and describing common battery packages.

“Although we tend to use the words ‘battery’ and ‘cell’ interchangeably, there is a difference,” Novacek says. “Batteries comprise cells (e.g., the well-known 9-V battery contains six 1.5-V cells, while the omnipresent AA ‘battery’ and many others are just single cells). I will use the common terminology, even though it may be at times technically incorrect.

“Batteries store chemical energy. When activated, the chemical process occurring internally converts the chemical into electrical energy. Alessandro Volta, an Italian physicist, is credited with inventing the “voltaic pile” in the early 19th century, although archeological discoveries suggest that some form of an electrical battery was known in ancient Babylon. National Carbon Company, known today as Eveready, began marketing a precursor of the ubiquitous carbon-zinc battery in 1896…

“According to Wikipedia, the most common battery packages available today include AA, AAA, C, D, 9-V pack, and different types of “button cells”. There is also a plethora of custom-made battery packs for power tools, cordless telephones, and so forth. No matter what kind of packaging, the battery principles for the given type remain the same.

“There are two categories of batteries: primary (i.e., single use) and rechargeable. Carbon-zinc is the oldest—and at one point the most common—primary battery. They are available in standard packages and inexpensive. Consequently, carbon-zinc batteries are often included by original equipment manufacturers (OEM) with devices (e.g., TV remote controls, portable radios, etc.). Although they have been improved over the years, some significant shortcomings remain, so I avoid using them.”

To learn more about what may be powering your handheld or other device, check out the September issue.