Attention, electrical engineers and programmers! Our upcoming 25th Anniversary Issue (available in early 2013) isn’t solely a look back at the history of this publication. Sure, we cover a bit of history. But the issue also features design tips, projects, interviews, and essays on topics ranging from user interface (UI) tips for designers to the future of small RAM devices, FPGAs, and 8-bit chips. 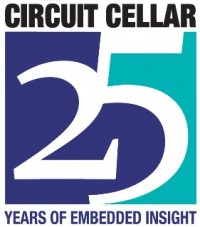 Circuit Cellar columnist Robert Lacoste is one of the engineers whose essay will focus on present-day design tips. He explains that electrical engineering projects such as mixed-signal designs can be tedious, tricky, and exhausting. In his essay, Lacoste details 25 errors that once made will surely complicate (at best) or ruin (at worst) an embedded design project. Below are some examples and tips.

Thinking about bringing an electronics design to market? Lacoste highlights a common error many designers make.

Another common error is forgetting to plan for regulatory requirements from day one. Unless you’re working on a prototype that won’t ever leave your lab, there is a high probability that you will need to comply with some regulations. FCC and CE are the most common, but you’ll also find local regulations as well as product-class requirements for a broad range of products, from toys to safety devices to motor-based machines. (Refer to my article, “CE Marking in a Nutshell,” in Circuit Cellar 257 for more information.)

Let’s say you design a wireless gizmo with the U.S. market and later find that your customers want to use it in Europe. This means you lose years of work, as well as profits, because you overlooked your customers’ needs and the regulations in place in different locals.

When designing a wireless gizmo that will be used outside the U.S., having adequate information from the start will help you make good decisions. An example would be selecting a worldwide-enabled band like the ubiquitous 2.4 GHz. Similarly, don’t forget that EMC/ESD regulations require that nearly all inputs and outputs should be protected against surge transients. If you forget this, your beautiful, expensive prototype may not survive its first day at the test lab. 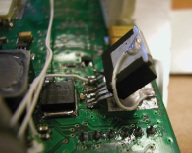 Watch out for errors

Here’s another common error that could derail a project. Lacoste writes:

Error 10: You Order Only One Set of Parts Before PCB Design

I love this one because I’ve done it plenty of times even though I knew the risk.

Let’s say you design your schematic, route your PCB, manufacture or order the PCB, and then order the parts to populate it. But soon thereafter you discover one of the following situations: You find that some of the required parts aren’t available. (Perhaps no distributor has them. Or maybe they’re available but you must make a minimum order of 10,000 parts and wait six months.) You learn the parts are tagged as obsolete by its manufacturer, which may not be known in advance especially if you are a small customer.

If you are serious about efficiency, you won’t have this problem because you’ll order the required parts for your prototypes in advance. But even then you might have the same issue when you need to order components for the first production batch. This one is tricky to solve, but only two solutions work. Either use only very common parts that are widely available from several sources or early on buy enough parts for a couple of years of production. Unfortunately, the latter is the only reasonable option for certain components like LCDs.

Ok, how about one more? You’ll have to check out the Anniversary Issue for the list of the other 22 errors and tips. Lacoste writes:

Error 12: You Forget About Crosstalk Between Digital and Analog Signals

Full analog designs are rare, so you have probably some noisy digital signals around your sensor input or other low-noise analog lines. Of course, you know that you must separate them as much as possible, but you can be sure that you will forget it more than once.

Let’s consider a real-world example. Some years ago, my company designed a high-tech Hi-Fi audio device. It included an on-board I2C bus linking a remote user interface. Do you know what happened? Of course, we got some audible glitches on the loudspeaker every time there was an I2C transfer. We redesigned the PCB—moving tracks and adding plenty of grounded copper pour and vias between sensitive lines and the problem was resolved. Of course we lost some weeks in between. We knew the risk, but underestimated it because nothing is as sensitive as a pair of ears. Check twice and always put guard-grounded planes between sensitive tracks and noisy ones.