Ever since the time when a Sony Walkman retailed for around $200, engineers of all backgrounds and skill levels have been prognosticating the imminent death of 8-bit chips. No matter your age, you’ve likely heard the “8-bit is dead” argument more than once. And you’ll likely hear it a few more times over the next several years.

Long-time Circuit Cellar contributor Tom Cantrell has been following the 8-bit saga for the last 25 years. In Circuit Cellar‘s 25th Anniversary issue, he offers his thoughts on 8-bit chips and their future. Here’s a sneak peek. Cantrell writes:

“8-bit is dead.”  Or so I was told by a colleague. In 1979. Ever since then, reports of the demise of 8-bit chips have been greatly, and repeatedly, exaggerated. And ever since then, I’ve been pointing out the folly of premature eulogizing.

I’ll concede the prediction is truer today than in 1979—mainly, because it wasn’t true at all then. Now, some 30-plus years later, let’s reconsider the prospects for our “wee” friends…

Let’s start the analysis by putting on our Biz101 hats. If you Google “Product Life Cycle” and click on “Images,” you’ll see a variety of somewhat similar graphs showing how products pass through stages of growth, maturity, and decline. Though all the graphs tell a rise-and-fall story, it’s interesting to note the variations. Some show a symmetrical life cycle that looks rather like a normal distribution. But the majority of the graphs show a “long-tail” variation in which the maturity phase lasts somewhat longer and the decline is relatively gradual.

Another noteworthy difference is how some graphs define life and death in terms of “sales” and others “profits.” It stands to reason that no business will continue to sell at a loss indefinitely, but the market knows how to fix that. Even if some suppliers wave the white flag, those that remain can raise prices and maintain profitability as long as there is still demand.

One of the more interesting life cycle variations shows that innovation, like a fountain of youth, can stave off death indefinitely. An example that comes to mind is the recent introduction of ferroelectric RAM (FRAM) MCUs. FRAM has real potential to reduce power consumption and also streamlines the supply chain because a single block of FRAM can be arbitrarily partitioned to emulate any mix of read-mostly or random access memory (see Photo 1). They may be “mature” products, but today the Texas Instruments MSP430 and Ramtron 8051 are leading the way with FRAM. 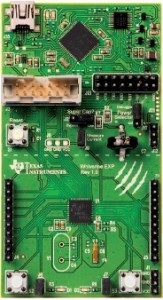 Photo 1: Ongoing innovation, such as the FRAM-based “Wolverine” MCU from Texas Instruments, continues to expand the market for mini-me MCUs. (Source: Cantrell CC25)

And “innovation” isn’t limited to just the chips themselves. For instance, consider the growing popularity of the Arduino SBC. There’s certainly nothing new about the middle-of-the-road, 8-bit Atmel AVR chip it uses. Rather, the innovations are with the “tools” (simplified IDE), “open-source community,” and “sales channel” (e.g., RadioShack). You can teach an old chip new tricks!

Check out the upcoming anniversary issue for the rest of Cantrell’s essay. Be sure to let us know what you think about the future of the 8-bit chip.