A milliohm meter is a handy benchtop tool for measuring small electrical resistance values. In this article, Mark Driedger details how to build a microcontroller-based milliohm meter that accurately measures DC resistance from 10 mΩ to 10 kΩ.

I built an Arduino-based milliohm meter that accurately measures DC resistance from 10 mΩ to 10 kΩ. I used careful design techniques to cancel many error sources rather than resort to costly components. The milliohm meter is useful for tasks such as measuring transformer and inductor winding resistance, ammeter current shunts, and resistance of PCB tracks. 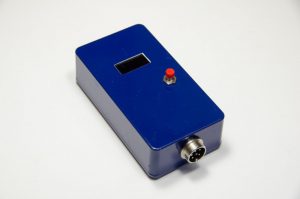 A technique called synchronous rectification (also known as a lock-in amplifier) is used to enhance accuracy. The direction of the test current is alternated and measurements of Vx and Vr are made synchronously with the change in direction of the test current. As we will see, this cancels a number of error sources and is easy to implement on the Arduino.

An Arduino is used to control the synchronous rectification, read voltages Vx and Vr, and then compute and display the test resistor value. The test current is derived by paralleling four I/O pins through current-limiting resistors for each of the source and sink legs. 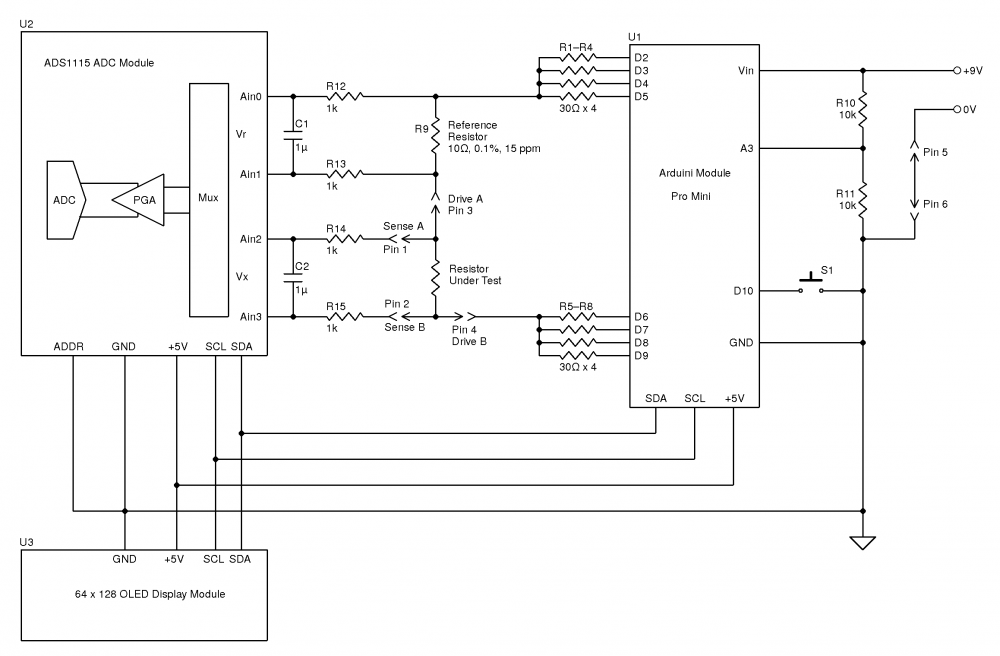 This increases the test current to roughly 100 mA, which is still well within the 40 mA/pin and 200 mA/chip limits of the Arduino processor, and the 150 mA limit of the Pro Mini’s onboard voltage regulator. The source and sink legs are alternately driven high and low to produce the test current. 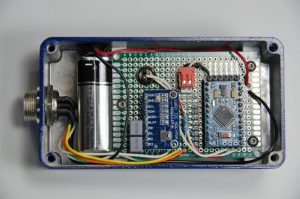 A look inside the meter

Measurement of Vx and Vr is made with an Analog Devices ADS1115 ADC, which has two differential inputs, a programmable gain amplifier (PGA) with 16× maximum gain, and 16-bit accuracy in a very small 10 MSOP package. The device costs between $10 and $15 on a small PCB module. Series resistors and film capacitors on the analog inputs provide some overload protection and noise filtering. At the highest gain, the meter resolution is approximately 75 µΩ/bit. Each measurement consists of two cycles of synchronous rectification, with 100 samples per cycle for a total of 200 samples.

An OLED module with an I2C interface is used for the display, although other options can be substituted with corresponding code changes. The meter is powered by a 9-V battery. Battery voltage is read through one of the analog input ports. Measurements are initiated with the push of the test switch to maximize battery life and minimize self-heating errors in the reference resistor. Each measurement takes roughly 2 s. Purchased modules are used for the Arduino, ADS1115 ADC, and the 64 × 128 OLED display, making it very easy to build. 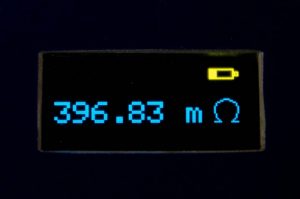 The meter is built using purchased modules and a small piece of protoboard for the shield. The ADC and display modules are available from multiple sources, and you can use any Arduino module of your choosing. (The photos and layout are for the Pro Mini.) Keep the ADC analog input wiring short and away from the processor. Use a four-wire connection to the reference resistor. Solder the drive leads farthest from the body, and the sense leads closer. The display module is mounted on the reverse side of the protoboard. The SDA/SCL I2C connections are brought from the Arduino module to the protoboard with a short cable and connector since they are not on the regular 0.1” grid. 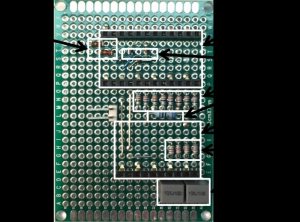 The ADS1115 module includes the pull-ups that are needed on the I2C interface lines (SDA, SCL).  I used a six-pin GX-16-6 connector for the probes. The additional two pins were used to close the battery circuit on the ground side, turning the meter on and off when the probes are connected.

Mark Driedger has been experimenting with tube audio and electronics for over 35 years. His earned a BSc and MSc in Electrical Engineering in his native Canada. Mark has worked in the telecom industry for the past 28 years in various technical, business, and executive roles. He is currently COO for Procera Networks and lives in Dallas, TX.