Atmel recently announced its next-generation family of automotive-qualified ARM Cortext-M0+-based micrcontrollers with an integrated peripheral touch controller (PTC) for capacitive touch applications. The new SAM DA1 is the first series in this Atmel |SMART MCU automotive-qualified product family, operating at a maximum frequency of 48 MHz and reaching a 2.14 Coremark/MHz. 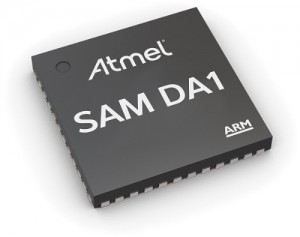 Eliminating external components and offering more robust features, devices in the SAM DA1 series come with 32 to 64 pins, up to 64 KB of flash memory, 8 KB of SRAM, and 2-KB read-while-write flash memory and are qualified according to the AEC Q-100 Grade 2 (–40° to 105°C).

To accelerate the design development, the ATSAMDA1-XPRO development kit is available to support the new devices. The new SAM DA1 series is also supported by Atmel Studio, Atmel Software Framework and debuggers.