If you happen to be electrical engineer as well as an audiophile, you’re in luck. With an Arduino, some typical components, and a little knowhow, you can build DIY tube stereo preamplifier design.

Shannon Parks—owner of Mahomet, IL-based Parks Audio—designed his “Budgie” preamp after reading an article about Arduino while he was thinking about refurbishing a classic Dynaco PAS-3. 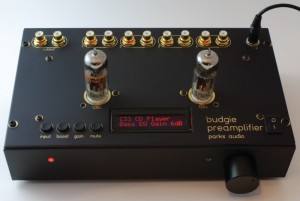 In a recent audioXpress article about the project, Parks noted:

Over the last 10 years, I have built many tube power amplifiers but I had never built a tube preamplifier. The source switching seemed particularly daunting. A friend recommended that I refurbish a classic Dynaco PAS-3 which has been a popular choice with many upgrade kit suppliers. Unfortunately, the main part of these older designs is a clumsy rotary selector switch, not to mention the noisy potentiometers and slide switches. In the 1980s, commercial stereo preamplifiers started using IC microcontrollers that permitted cleaner designs with push-button control, relays for signal switching, and a wireless remote. While reading an article about the Arduino last year, I realized these modern features could easily be incorporated into a DIY preamplifier design. 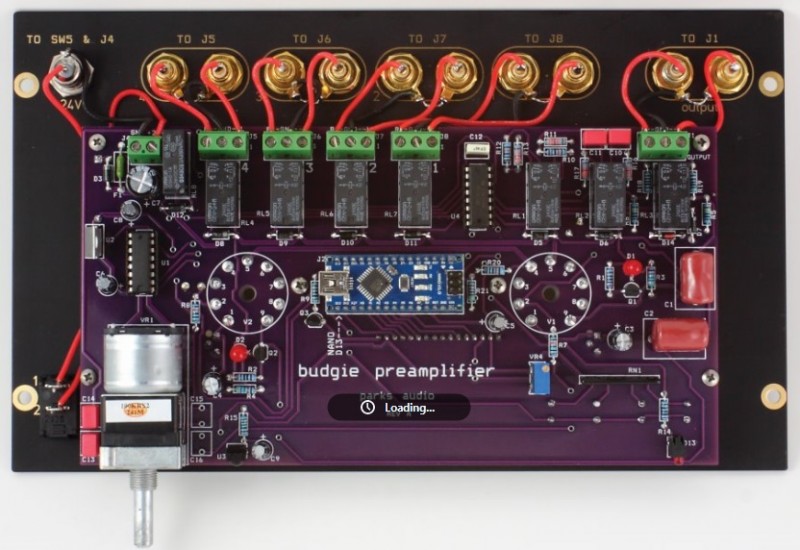 All the circuits are on one custom PCB along with the power supply and microcontroller (Source: S. Parks)

Parks said the Arduino made sense for a few key reasons:

I found these features were incredibly useful:

Parks used an Arduino Nano, which 0.73” × 1.70”. “The tiny Nano can be embedded using a 32-pin dual in-line package (DIP) socket, which cleans up the design. It can be programmed in-circuit and be removed and easily replaced,” he noted. 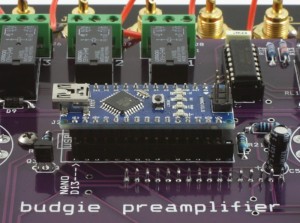 The Budgie preamplifier uses a serial-in, parallel-out (SIPO) shift register to drive a bank of relays …. 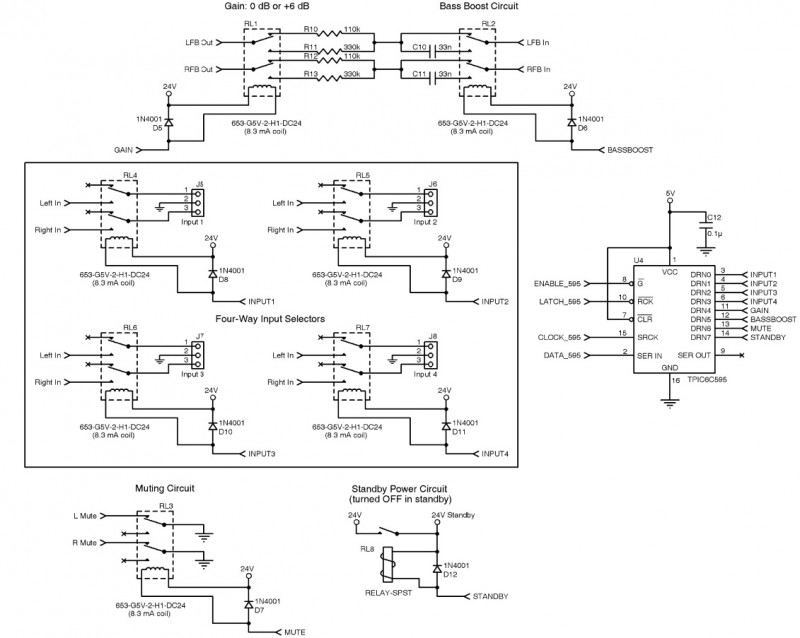 A SIPO shift register is used to drive a bank of relays (Source: S. Parks)

Only four Arduino digital outputs—enable, clock, latch, and data—are needed to control eight DPDT relays. These correspond to the four outputs labeled D3, D4, D5, and D7 s …. The Texas Instruments TPIC6C595 shift register used in this project has heavy-duty field-effect transistor (FET) outputs that can handle voltages higher than logic levels. This is necessary for operating the 24-V relays. It also acts as a protective buffer between the Arduino and the relays. 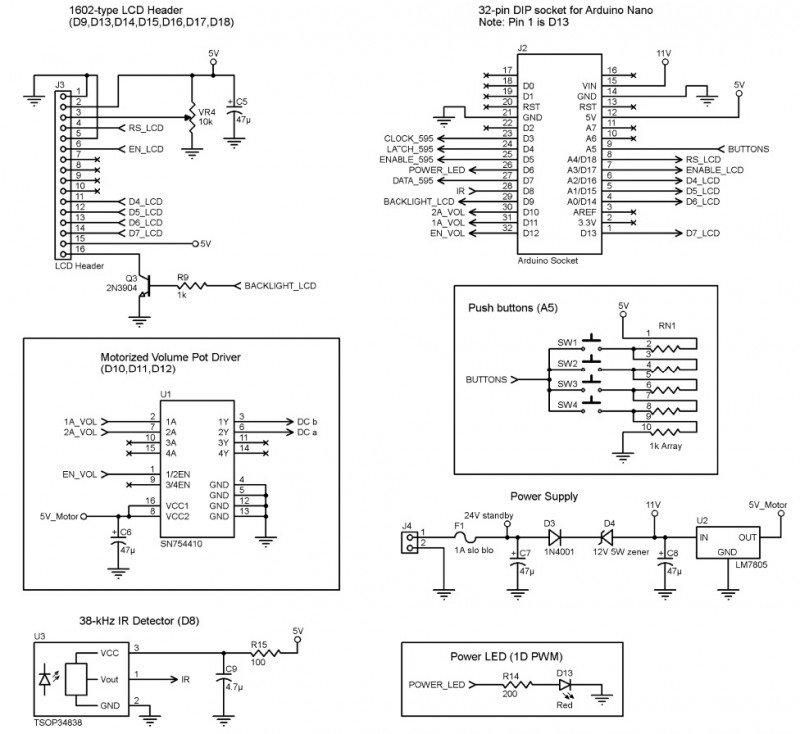 As for the audio circuit, Parks explained:

The 12B4 triode was originally designed to be used in televisions as a vertical deflection amplifier. New-old-stock (NOS) 12B4s still exist. They can be purchased from most US tube resellers. However, a European equivalent doesn’t exist. The 12B4 works well in preamplifiers as a one-tube solution, having both high input impedance and low output impedance, without need for an output transformer. An audio circuit can then be distilled down to a simple circuit with few parts consisting of a volume potentiometer and a grounded cathode gain stage.
The 12B4 has about 23-dB gain, which is more than is needed. This extra gain is used as feedback to the grid, in what is often referred to as an anode follower circuit. The noise, distortion, and output impedance are reduced (see Figure 3). Using relays controlled by the Arduino enables switching between two feedback amounts for adjustable gain. For this preamplifier, I chose 0- and 6-dB overall gain. A second relay enables a bass boost with a series capacitor.
You only need a lightweight 15-to-20-V plate voltage to operate the 12B4s at 5 mA. Linearity is very good due to the small signal levels involved, as rarely will the output be greater than 2 VPP. A constant current source (CCS) active load is used with the 12B4s instead of a traditional plate resistor. This maximizes the possible output voltage swing before clipping. For example, a 12B4 biased at 5-mA plate current with a 20-kΩ plate resistor would drop 100 V and would then require a 120-V supply voltage or higher. Conversely, the CCS will only drop about 2 V. Its naturally high impedance also improves the tube’s gain and linearity while providing high levels of power supply noise rejection.