Home » A Visit to the World Maker Faire in New York

If you missed the World Maker Faire in New York City, you can pick up Circuit Cellar’s February issue for highlights of the innovative projects and hackers represented there.Veteran electronics DIYer and magazine columnist Jeff Bachiochi is the perfect guide.

“The World Maker Faire is part science fair and part country fair,” Bachiochi says. “Makers are DIYers. The maker movement empowers everyone to build, repair, remake, hack, and adapt all things. The Maker Faire shares the experiences of makers who have been involved in this important process… Social media keeps us in constant contact and can educate, but it can’t replace the feeling you can get from hands-on live interaction with people and the things they have created. 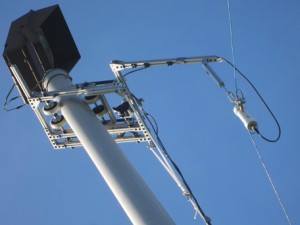 Photo 1: This pole-climbing robot is easy to deploy at a moment’s notice. There is no need for a ladder to get emergency communication antennas up high where they can be most effective.

“It should be noted that not all Maker Faire exhibitors are directly involved with technology. Some non-technological projects on display included the ‘Art Car’ from Pittsburgh, which is an annual revival of an old clunker turned into a drivable art show on wheels. There was also the life-size ‘Mouse Trap’ game, which was quite the contraption and just plain fun, especially if you grew up playing the original game.”

Bachiochi’s article introduces you to a wide variety of innovators, hackers, and hackerspaces.

The keen and growing interest in 3-D printing as a design tool was evident at the Maker Faire.

“Working by day as an analog/mixed-signal IC design engineer for Cortina Systems in Canada, Andrew Plumb needed a distraction. In the evenings, Plumb uses a MakerBot 3-D printer to create 3-D designs of plastic, like thousands of others experimenting with 3-D printing,” Bachiochi says. “Plumb was not satisfied with simply printing plastic widgets. In fact, he showed me a few of his projects, which include printing plastic onto paper and cloth (see Photo 2).” 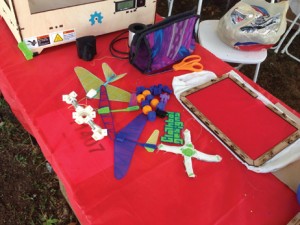 Photo 2: Andrew Plumb showed me some unique ideas he was experimenting with using one of his 3-D printers. By printing the structural frame directly on tissue paper, ultra-light parts are practically ready to fly.

“It was just a matter of time until someone introduced a personal scanner to create digital files of 3-D objects. The MakerBot Digitizer Desktop 3-D Scanner is the first I’ve seen (see Photo 3),” Bachiochi says. “It uses a laser, a turntable, and a CMOS camera to pick off 3-D points and output a STL file. The scanner will create a 3-D image from an object up to 8″ in height and width. There is no third axis scanning, so you must plan your model’s orientation to achieve the best results. Priced less than most 3-D printers, this will be a hot item for 3-D printing enthusiasts.”

Bachiochi’s article includes a lengthy section about “other interesting stuff” and people at the Maker Faire, including the Public Laboratory for Open Technology and Science (Public Lab), a community that uses inexpensive DIY techniques to investigate environmental concerns. 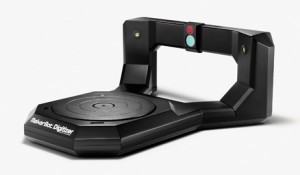 “For instance, the New York chapter featured two spectrometers, a you-fold-it cardboard version and a near-infrared USB camera-based kit,” Bachiochi says. “This community of educators, technologists, scientists, and community organizers believes they can promote action, intervention, and awareness through a participatory research model in which you can play a part.”

At this family-friendly event, Bachiochi met a family that “creates” together.

“Asheville, NC-based Beatty Robotics is not your average robotics company,” Bachiochi says. “The Beatty team is a family that likes to share fun robotic projects with friends, family, and other roboticists around the world. The team consists of Dad (Robert) and daughters Camille ‘Lunamoth’ and Genevieve ‘Julajay.’ The girls have been mentored in electronics, software programming, and workshop machining. They do some unbelievable work (see Photo 4). Everyone has a hand in designing, building, and programming their fleet of robots. The Hall of Science is home to one of their robots, the Mars Rover.”

There is much more in Bachiochi’s five-page look at the Maker Faire, including resources for finding and participating in a hackerspace community. The February issue including Bachiochi’s articles is available for membership download or single-issue purchase. 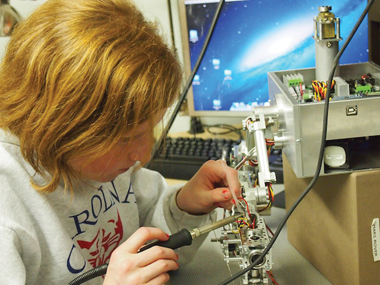 Photo 4: Beatty Robotics is a family of makers that produces some incredible models. Young Camille Beatty handles the soldering, but is also well-versed in machining and other areas of expertise.

A Visit to the World Maker Faire in New York