NXP Semiconductor has announced its 5 V KE1xZ family of MCUs. Based on the Arm Cortex-M0+ core, the MCUs are suited for embedded control systems in harsh electrical environments and provide an integrated CAN controller and capacitive touch from 32 KB flash. Designed for a wide range of industrial applications, the KE1xZ family offers mixed-signal integration across a range of compact memory variants. The 1-MS/s ADC and FlexTimer modules, combined with NXP’s Freemaster software tools library and Motor Control Application Tuning plugin (MCAT) enable designs of Brushless DC (BLDC) and other motor-control systems. 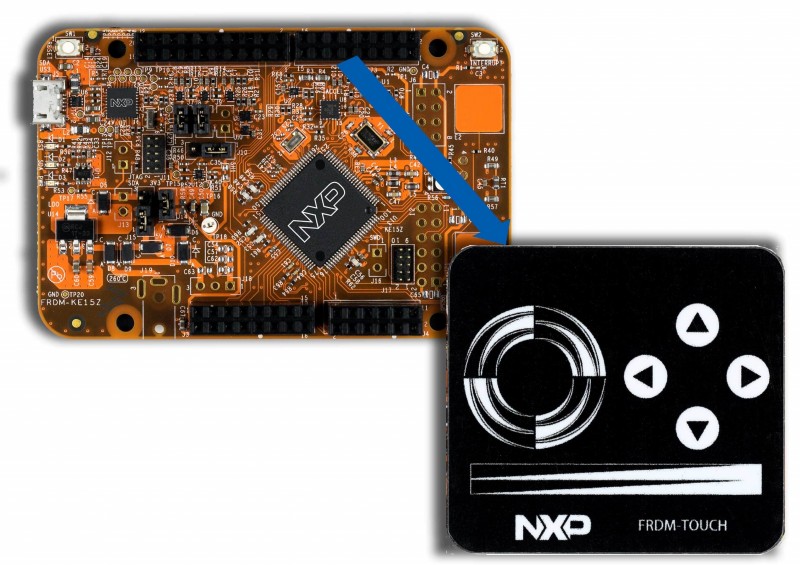 The KE1xZ MCU family will be available globally in March 2019 from NXP and its distribution partners with a suggested resale price from $0.79 at 10,000-unit quantities. NXP enables developers through its MCUXpresso software and tools ecosystem, along with its FRDM-KE15Z and FRDM-TOUCH development platforms (see image above), with respective suggested resale prices of $35 and $15. Third-party support is enabled from the broad ARM ecosystem.