by Collin Ladd and Michael Dickey

Our research group at North Carolina State University has been studying new ways to use simple processes to print liquid metals into 3-D shapes at room temperature. 3-D printing is gaining popularity because of the ability to quickly go from concept to reality to design, replicate, or create objects. For example, it is now possible to draw an object on a computer or scan a physical object into software and have a highly detailed replica within a few hours.

Most 3-D printers currently pattern plastics, but printing metal objects is of particular interest because of metal’s physical strength and electrical conductivity. Because of the difficulty involved with metal printing, it is considered one of the “frontiers” of 3-D printing.
There are several approaches for 3-D printing of metals, but they all have limitations, including high temperatures (making it harder to co-print with other materials) and prohibitively expensive equipment. The most popular approach to printing metals is to use lasers or electron beams to sinter fine metal powders together at elevated temperatures, one layer at a time, to form solid metal parts.

Our approach uses a simple method to enable direct printing of liquid metals at room temperature. We print liquid metal alloys primarily composed of gallium. These alloys have metallic conductivity and a viscosity similar to water. Unlike mercury, gallium is not considered toxic nor does it evaporate. We extrude this metal from a nozzle to create droplets that can be stacked to form 3-D structures. Normally, two droplets of liquid (e.g., water) merge together into a single drop if stacked on each other. However, these metal droplets do not succumb to surface-tension effects because the metal rapidly forms a solid oxide “skin” on its surface that mechanically stabilizes the printed structures. This skin also makes it possible to extrude wires or metal fibers.

This printing process is important for two reasons. First, it enables the printing of metallic structures at room temperature using a process that is compatible with other printed materials (e.g., plastics). Second, it results in metal structures that can be used for flexible and stretchable electronics.

Stretchable electronics are motivated by the new applications that emerge by building electronic functionality on deformable substrates. It may enable new wearable sensors and textiles that deform naturally with the human body, or even an elastic array of embedded sensors that could serve as a substitute for skin on a prosthetic or robot-controlled fingertip. Unlike the bendable polyimide-based circuits commonly seen on a ribbon cable or inside a digital camera, stretchable electronics require more mechanical robustness, which may involve the ability to deform like a rubber band. However, a stretchable device need not be 100% elastic. Solid components embedded in a substrate (e.g., silicone) can be incorporated into a stretchable device if the connections between them can adequately deform.

Using our approach, we can direct print freestanding wire bonds or circuit traces to directly connect components—without etching or solder—at room temperature. Encasing these structures in polymer enables these interconnects to be stretched tenfold without losing electrical conductivity. Liquid metal wires also have been shown to be self-healing, even after being completely severed. Our group has demonstrated several applications of the liquid metal in soft, stretchable components including deformable antennas, soft-memory devices, ultra-stretchable wires, and soft optical components.

Although our approach is promising, there are some notable limitations. Gallium alloys are expensive and the price is expected to rise due to gallium’s expanding industrial use. Nevertheless, it is possible to print microscale structures without using much volume, which helps keep the cost down per component. Liquid metal structures must also be encased in a polymer substrate because they are not strong enough to stand by themselves for rugged applications.

Our current work is focused on optimizing this process and exploring new material possibilities for 3-D printing. We hope advancements will enable users to print new embedded electronic components that were previously challenging or impossible to construct using a 3-D printer. 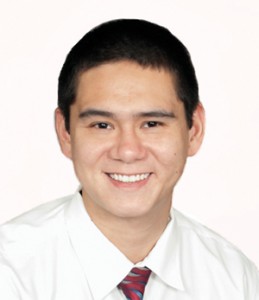 Collin Ladd ([email protected]) is pursuing a career in medicine at the Medical University of South Carolina in Charleston, SC. Since 2009, he has been the primary researcher for the 3-D printed liquid metals project at The Dickey Group, which is headed by Michael Dickey. Collin’s interests include circuit board design and robotics. He has been an avid electronics hobbyist since high school.