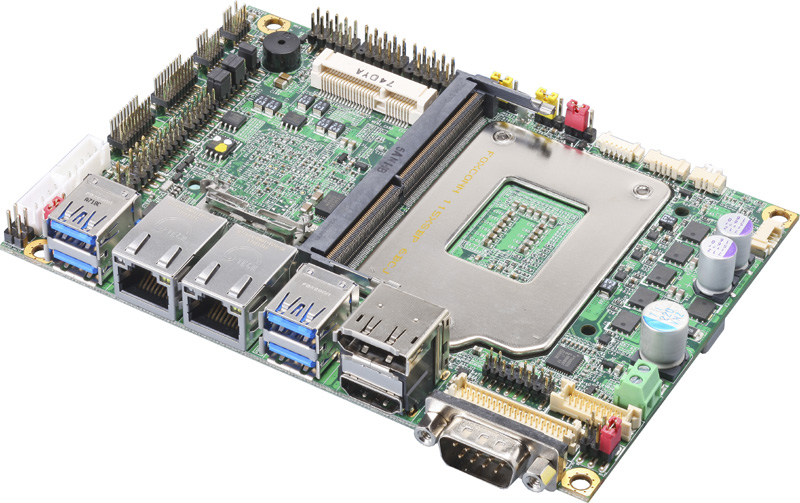 The LS-37K desktop 3.5-inch mini-board platform supports DDR4 memory DIMM 1866/2133 MHz up to 16 GB. The platform is based on Intel HD530 (Skylake) HD630, (Kaby Lake) and HD P530 (Xeon E3-1200v5). For graphics, the Skylake GPU offers 24 execution units (EUs) clocked at up to 1150Mhz (depending on the CPU model). The revised video engine now decodes H.265/HEVC completely in hardware and thereby much more efficiently than before, and HD Graphics 630 GPU is largely identical to the 530 found in Skylake, The only real upgrade here is the HEVC and VP9 support. LS-37K Displays can be connected via 1 VGA, 1 LVDS, 1 DVI, 1 HDMI and one DP port, up to three displays can be controlled simultaneously.