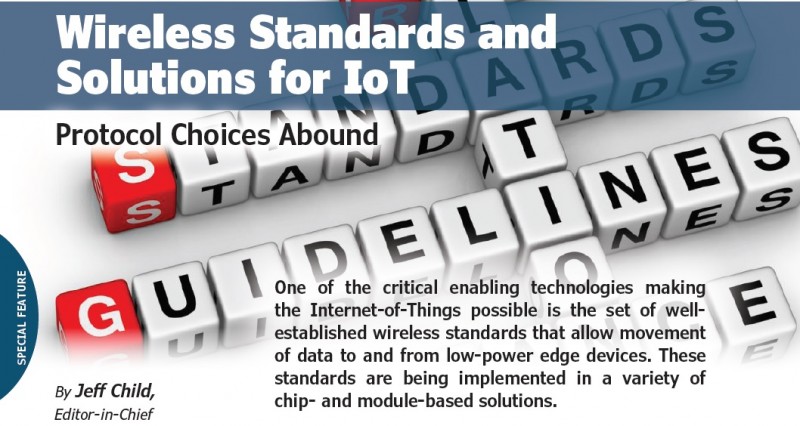 One of the critical enabling technologies making the Internet-of-Things possible is the set of well-established wireless standards that allow movement of data to and from low-power edge devices. These standards are being implemented in a variety of chip- and module-based solutions.

Connecting the various nodes of an IoT implementation can involve a number of wired and wireless network technologies. It’s rare that an IoT system can be completely hardwired end to end. That means most IoT systems of any large scale depend on a variety of wireless technologies including everything from device-level technologies to Wi-Fi to cellular networking.

IoT system developers have a rich set of wireless standards to choose from. And these can be implemented from the gateway and the device side using a variety of wireless IoT solutions in both module and chip form. Some of these are available from the leading microcontroller vendors, but a growing number are IoT-specialist chip and module vendors. Many of today’s solutions combine multiple protocols on the same device, such as Wi-Fi and Bluetooth LE (BLE) for example. We’ll look at each of the major wireless standards appropriate to IoT, along with representative interface solutions for each.

The networking architecture of LoRaWAN is deployed in a star-of-stars topology in which gateways relay messages between end devices and a central network server. Gateways are connected to the network server via standard IP connections and act as a transparent bridge, simply converting RF packets to IP packets and vice versa. The wireless communication takes advantage of the Long Range characteristics of the LoRa physical layer, allowing a single-hop link between the end-device and one or many gateways. All modes are capable of bi-directional communication, and support is included for multicast addressing groups to make efficient use of spectrum during tasks such as Firmware Over-The-Air (FOTA) upgrades or other mass distribution messages. 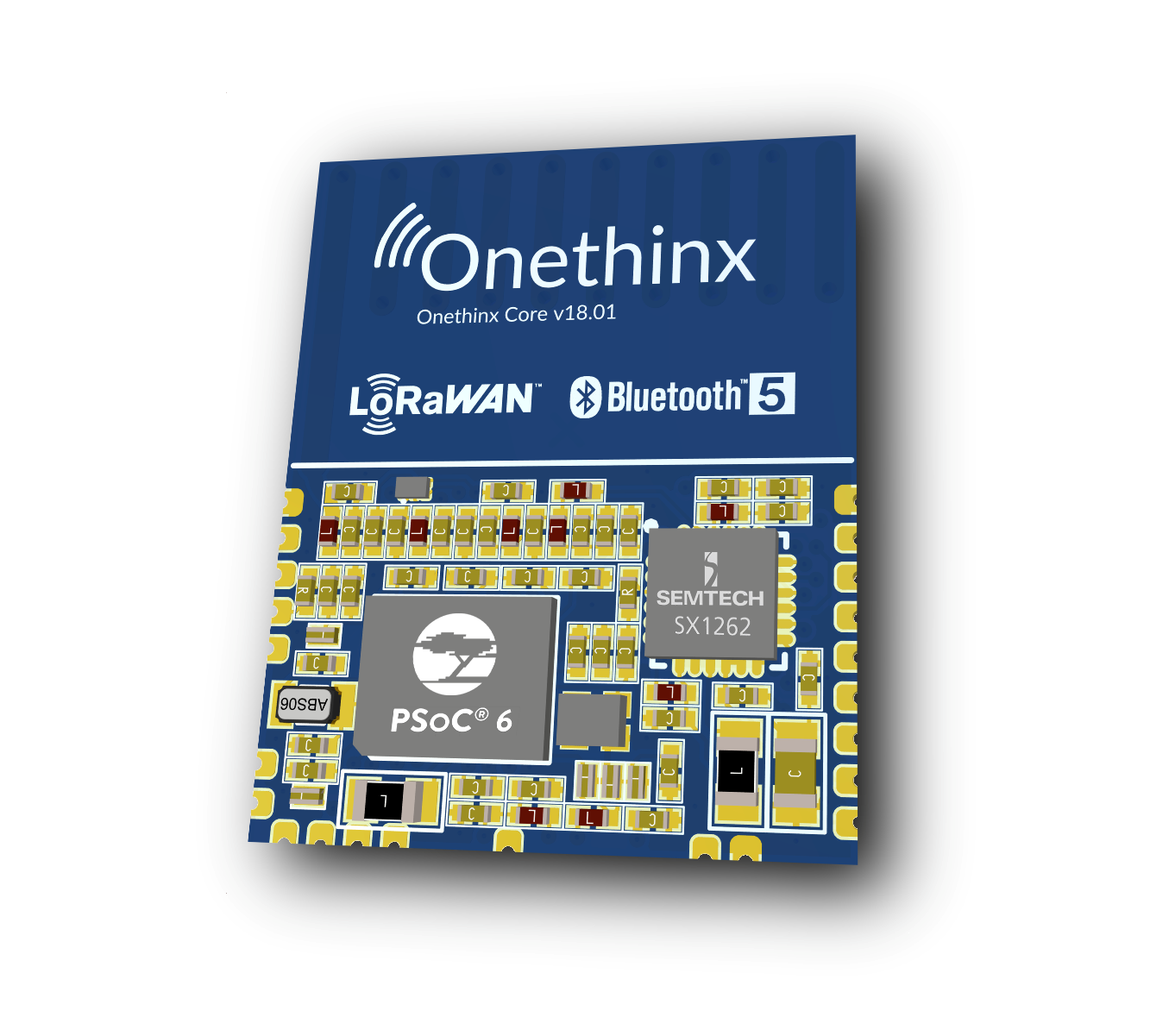 The Onethinx module uses the integrated Secure Element functionality in the PSoC 6 MCU to give each LoRaWAN-based device a secret identity to securely boot and deliver data to the cloud application. Using its mutual authentication capabilities, the PSoC 6 MCU-based, LoRa-equipped device can also receive authenticated over-the-air firmware updates. Key provisioning and management services are provided by IoT security provider and member of the Bosch group, ESCRYPT, for a complete end-to-end, secure LoRaWAN solution. The module, offered by Cypress partner Onethinx, connects to Bosch Sensortec’s Cross Domain Development Kit (XDK) for Micro-Electromechanical Systems (MEMS) sensors and to the provisioning system from ESCRYPT to securely connect.

In systems where power is less of a constraint, the ubiquitous standard
Wi-Fi 802.11 is also a good method of IoT connectivity—whether leveraging off of existing Wi-Fi infrastructures or just using Wi-Fi hubs and routers in a purposed-built network implementation. As mentioned earlier, Wi-Fi is often available integrated with other wireless protocols such as Bluetooth. …

Wireless Standards and Solutions for IoT