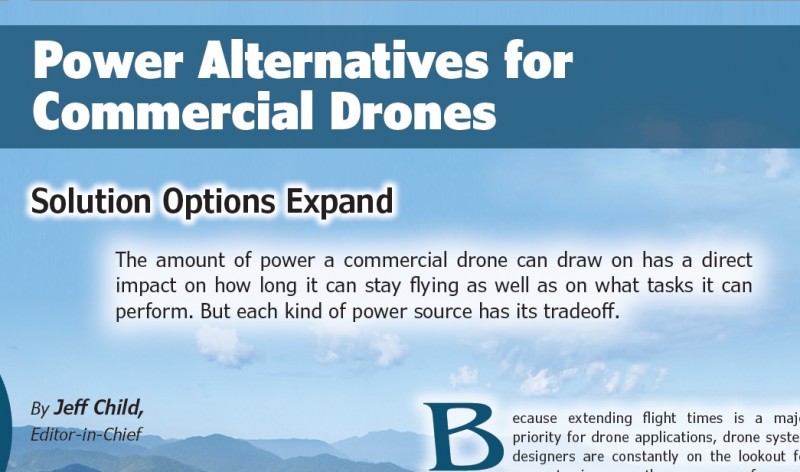 
The amount of power a commercial drone can draw on has a direct impact on how long it can stay flying as well as on what tasks it can perform. But each kind of power source has its tradeoff.


Because extending flight times is a major priority for drone applications, drone system designers are constantly on the lookout for ways to improve the power performance of their products. For smaller, consumer “recreational” style drones, batteries are the obvious power source. But when you get into larger commercial drone designs, there’s a growing set of alternatives. Tethered drone power solutions, solar power technology, fuel cells and advanced battery chemistries are all power alternatives that are on the table for today’s commercial drones.

According to market research firm Drone Industry Insights, the majority of today’s commercial drones use batteries as a power source. As Lithium-polymer (LiPo) and Lithium-ion (Li-ion) batteries have become smaller with lower costs, they’ve been widely adopted for drone use. The advancements in LiPo and Li-ion battery technologies have been driven mainly by the mobile phone industry, according to Drone Industry Insights.

The market research firm points to infrastructure as the main advantage of batteries. They can be charged anywhere. While Li-Po and Li-Ion are the most common battery technologies for drones, other chemistries are emerging. Lithium Thionyl Chloride batteries (Li-SOCl2) promises a 2x higher energy density per kg compared to LiPo batteries. And Lithium-Air-batteries (Li-air) promise to be almost 7x higher. However, those options aren’t widely available and are expensive. Meanwhile, Lithium-Sulfur-batteries (Li-S) is a possible successor to Li-ion thanks to their higher energy density and the lower costs of using sulfur, according to Drone Industry Insights. 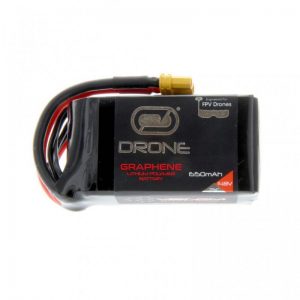