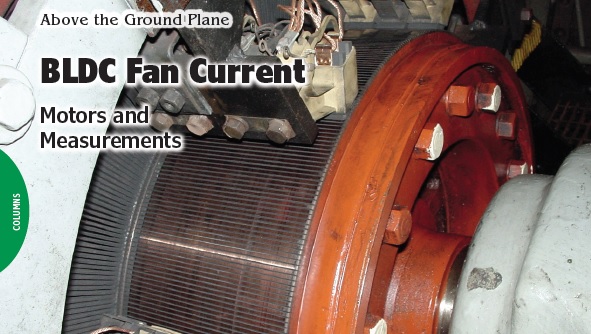 Today’s small fans and blowers depend on brushless DC (BLDC) motor technology for their operation. Here, Ed explains how these seemingly simple devices are actually quite complex when you measure them in action.

The 3D printer Cambrian Explosion unleashed both the stepper motors you’ve seen in previous articles and the cooling fans required to compensate for their abuse. As fans became small and cheap, Moore’s Law converted them from simple DC motors into electronic devices, simultaneously invalidating the assumptions people (including myself) have about their proper use.

In this article, I’ll make some measurements on the motor inside a tangential blower and explore how the data relates to the basic physics of moving air.

Electric motors, regardless of their power source, produce motion by opposing the magnetic field in their rotor against the field in their stator. Small motors generally produce one magnetic field with permanent magnets, which means the other magnetic field must change with time in order to keep the rotor spinning. Motors powered from an AC source, typically the power line for simple motors, have inherently time-varying currents, but motors connected to a DC source require a switching mechanism, called a commutator, to produce the proper current waveforms.

Mechanical commutators date back to the earliest days of motor technology, when motors passed DC power supply current through graphite blocks sliding over copper bars to switch the rotor winding currents without external hardware. For example, the commutator in the lead photo switches the rotor current of a 1065 horsepower marine propulsion motor installed on Fireboat Harvey in 1930, where it’s still in use after nine decades.

Although graphite sliding on copper sufficed for the first century of DC motors, many DC motors now use electronic commutation, with semiconductor power switches driven by surprisingly complex logic embedded in a dedicated controller. These motors seem “inside out” compared to older designs, with permanent magnets producing a fixed rotor field and the controller producing a time-varying stator field. The relentless application of Moore’s Law put the controller and power switches on a single PCB hidden inside the motor case, out of sight and out of mind.

The magnetic field in the rotor of a mechanically commutated motor has a fixed relationship to the stator field. As the rotor turns, its magnetic field remains stationary with respect to the stator as the brushes activate successive sections of the rotor winding to produce essentially constant torque against the stator field. Electronically commutated motors must sense the rotor position to produce stator currents with the proper torque against the moving rotor field. As you’ll see, the motor controller can use the back EMF generated by the spinning rotor to determine its position, thereby eliminating any additional components. 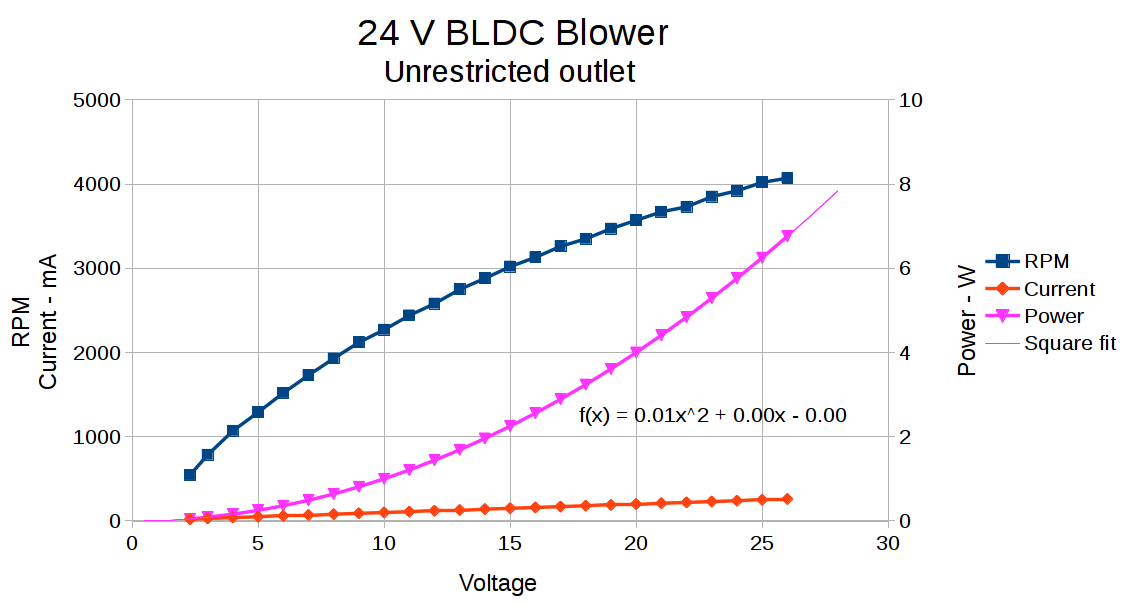 Figure 1
The blower motor current varies linearly with its supply voltage, so the power consumption varies as the square of the voltage. The motor speed depends on the balance between torque and load.

I originally thought Brushless DC (BLDC) motors operated much like steppers, with the controller regulating the winding current, but the switches actually regulate the voltage applied to the windings, with the current determined by the difference between the applied voltage and the back EMF due to the rotor speed. The difference between current drive and voltage drive means steppers and BLDC motors have completely different behaviors.

The orange trace along the bottom of Figure 1 shows the current drawn by the 24 V tangential blower shown in Figure 2, without the anemometer on its outlet, for supply voltages between 2.3 V and 26 V. The BLDC motor controller shapes the DC supply voltage into AC waveforms, the winding current varies linearly with the applied voltage and, perhaps surprisingly, the blower looks like a 100 Ω resistor. 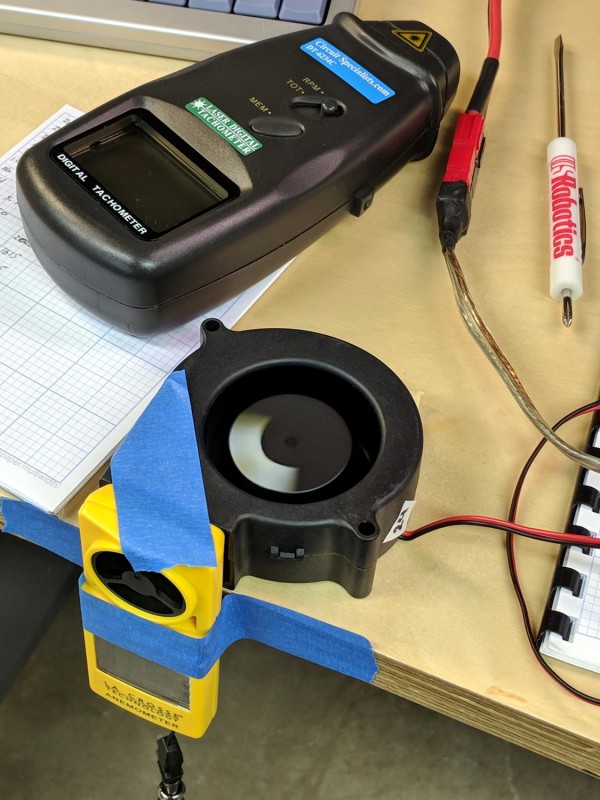 Figure 2
An anemometer measures the blower’s outlet air speed and a square of retroreflective tape on the rotor provides a target for the laser tachometer. If you are doing this in a lab, you should build a larger duct with a flow straightener and airtight joints.

The blower’s power dissipation therefore varies as the square of the supply voltage, as shown by the calculated dots in the purple curve. In fact, the quadratic equation fitting the data has 0.00 coefficients for both the linear and constant terms, so it’s as good as simple measurements can get.

As you saw in March (Circuit Cellar #332) and May (Circuit Cellar #334), a stepper motor driven by a microstepping controller has a constant winding current and operates at a constant power. Increasing the supply voltage increases the rate of current change but, because the controller applies the increasing voltage with a lower duty cycle, it doesn’t directly increase power dissipation. …